A single mother who was embarrassed to take pictures with her daughter due to her size 22 frame has revealed how she shed 7st.

Lara McReynolds, 32, a GP receptionist from Clydebank, West Dunbartonshire, tipped the scales at 18st 6lb at her heaviest, and found her size got in the way of her being able to play with her seven-year-old daughter, Halle.

She hated how she looked in photos and would only take pictures of her face to hide her body.

Lara, who would gorge on four takeaways a week, was determined to make a change and joined the 1:1 diet which includes a range of low calorie meal replacement products such as soups, shakes and bars.

She has now slimmed down to a size 12, losing an incredible six dress sizes. 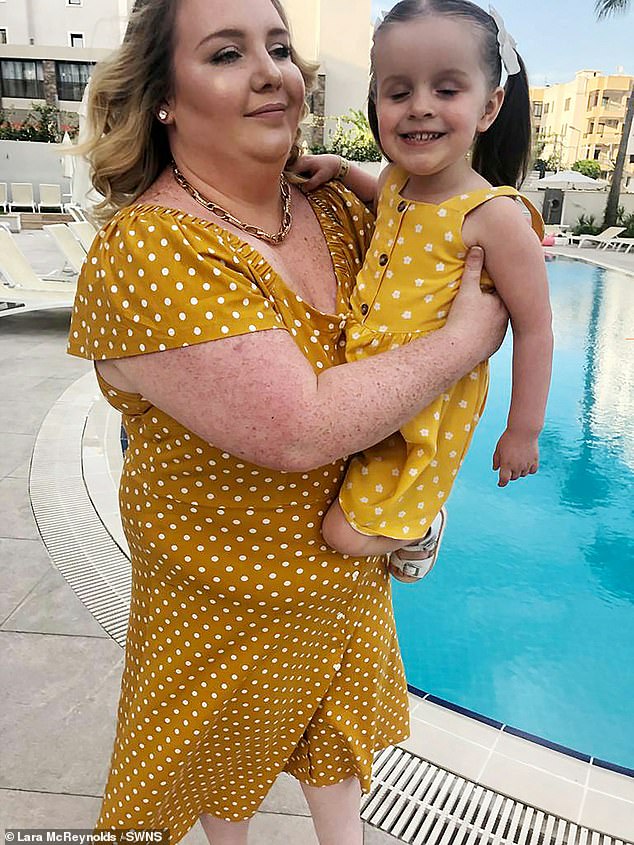 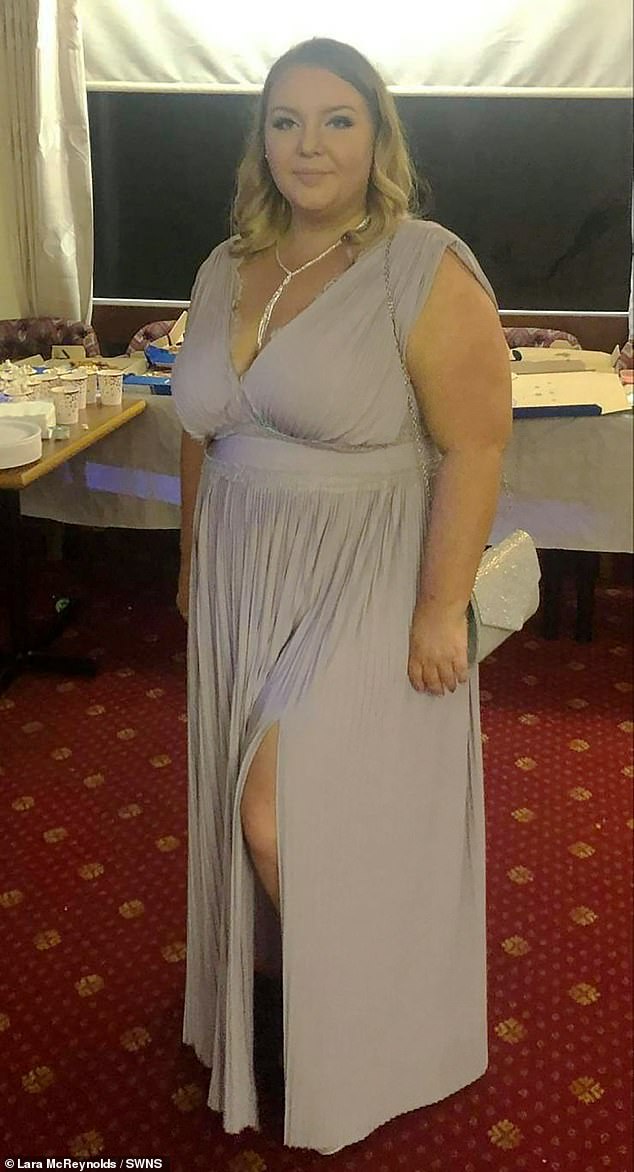 Lara, pictured in November 2020 wearing a size 22 silver dress on a night out, decided it was time to make a change to her lifestyle 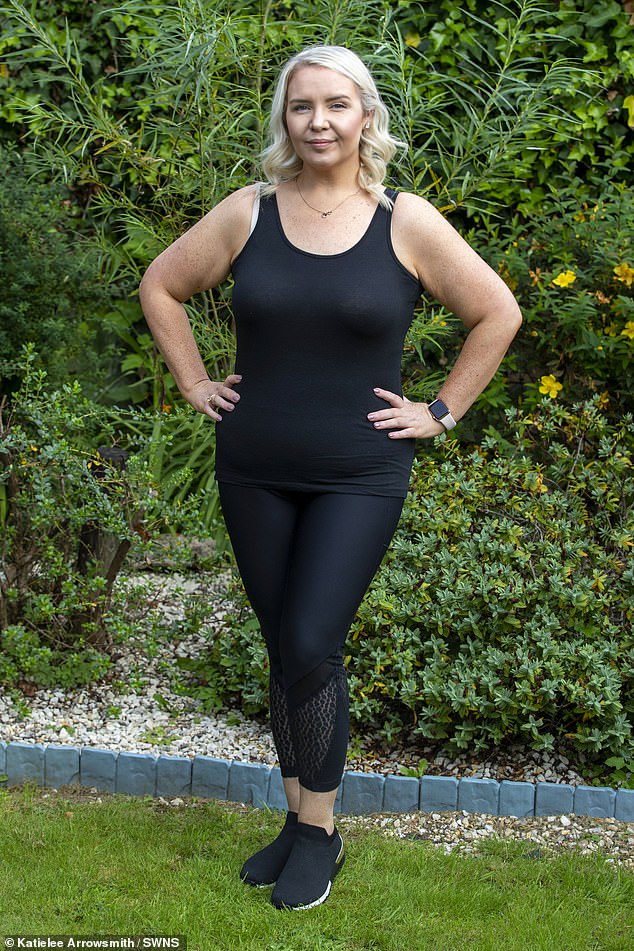 Her waist has also trimmed down from 47 inches to 31 inches.

The mother said she ‘missed out’ on doing everyday activities with her daughter due to her weight and felt the pressure of being a single parent meant she would ‘have to do something about her weight’.

Lara said: ‘Being a single parent it hit me one day that I can’t just keep getting bigger and bigger and miss out on doing activities with my daughter.

‘I needed to make sure I was healthy so I can live a long life and be there for her.

‘There are hardly any pictures of me and Halle together from before, and the ones there are they are just our faces so people wouldn’t see my body.

‘I was embarrassed being in pictures with her because of my weight.’

The mother-of-one said she would eat up to four takeaways a week as she found it hard to get motivated to cook after putting Halle to bed and was ‘constantly eating’.

She would see takeaways as a reward during a hard week, juggling the pressures of single parenthood and work.

Pictured above mother of one Lara in 2019 (left) at 22 stone and now (right) at a size 12 is feeling fit, healthy and more confident after feeling she wouldn’t be there for her daughter if she didn’t make the necessary changes to her health 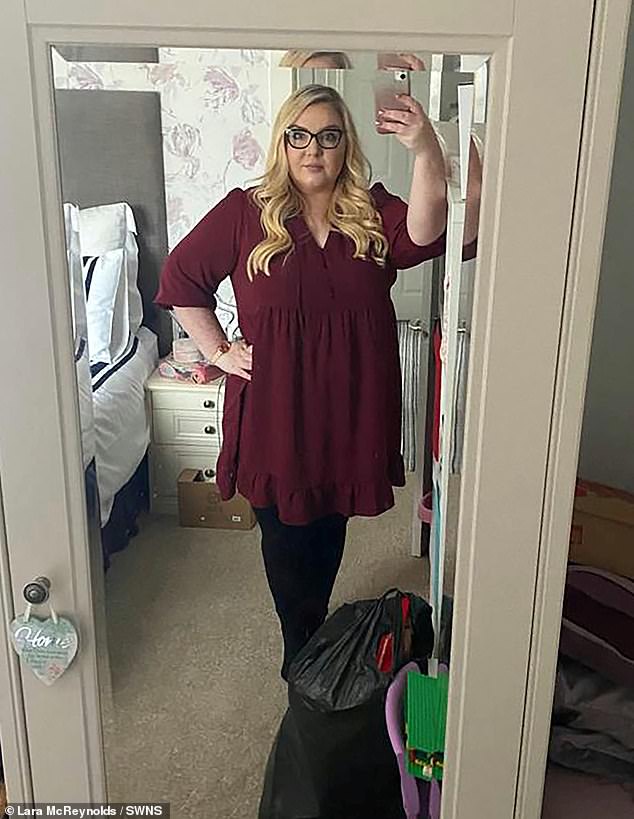 Lara in 2020. She said she would eat up to four takeaways a week after feeling too tired after putting her daughter to bed

She said: ‘I was eating constantly, I felt like I always had food on me. I ate a lot of junk food and comfort eat by rewarding myself with takeaways on good days or bad.

‘I was having three or four a week, it was just quick and easy. I would make dinner for my daughter about 5pm, then do the bedtime routine, so by the time I sat down it was 7pm and I didn’t want to start cooking a big meal.

‘I have a sweet tooth so I was bad for eating sweeties and cakes.’ 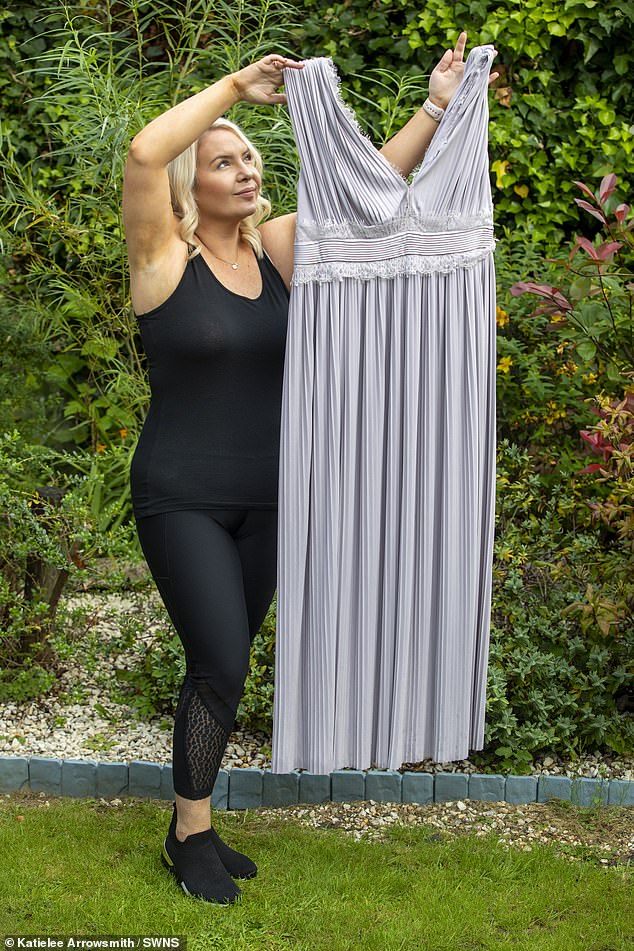 Lara McReynolds, 32, tipped the scales at 18.6st last year and struggled to play with her daughter Halle, aged seven. She hated how she looked in photos and would only take pictures of her face to hide her body 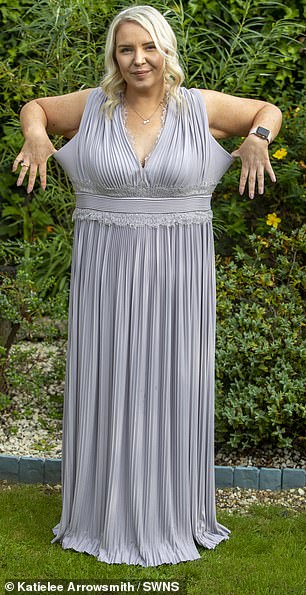 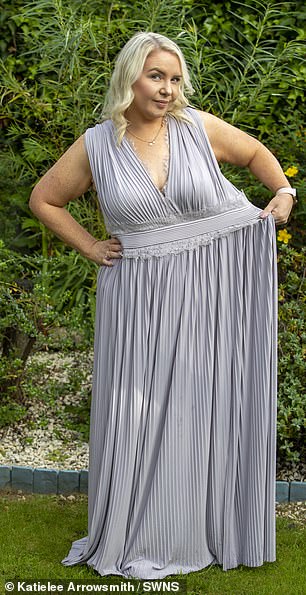 Lara now says her daughter loves that she can now run around and play with her after the drastic weight loss.

She said: ‘I had done the diet in the past and never kept it up but this time I was determined to do it and lose the weight.

‘It’s crazy the difference I have seen in my measurements. Now I am happy taking pictures with Halle. I am more active and able to do stuff with Halle, we go out and about much more. 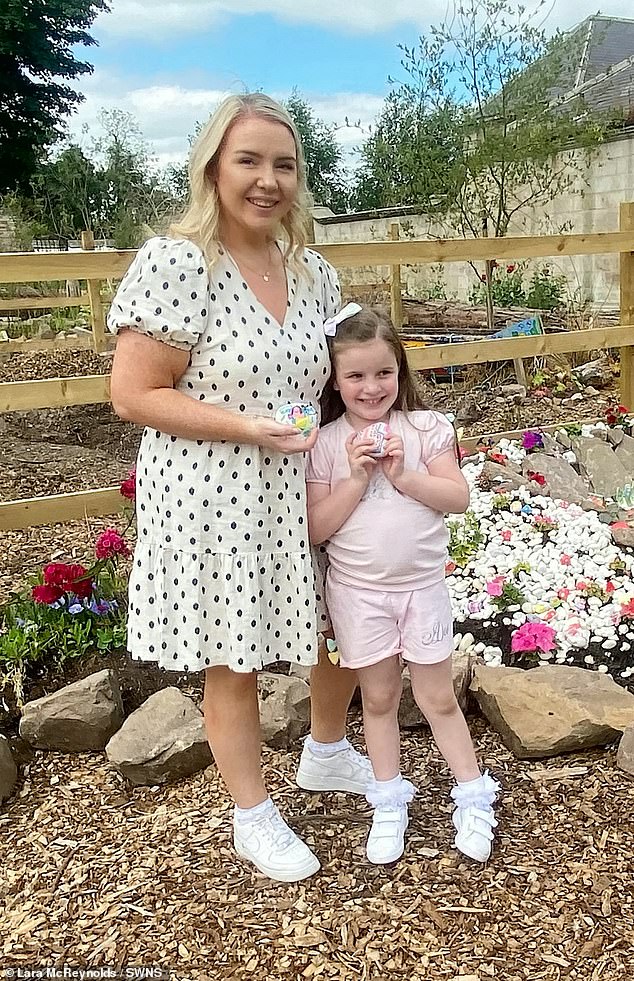 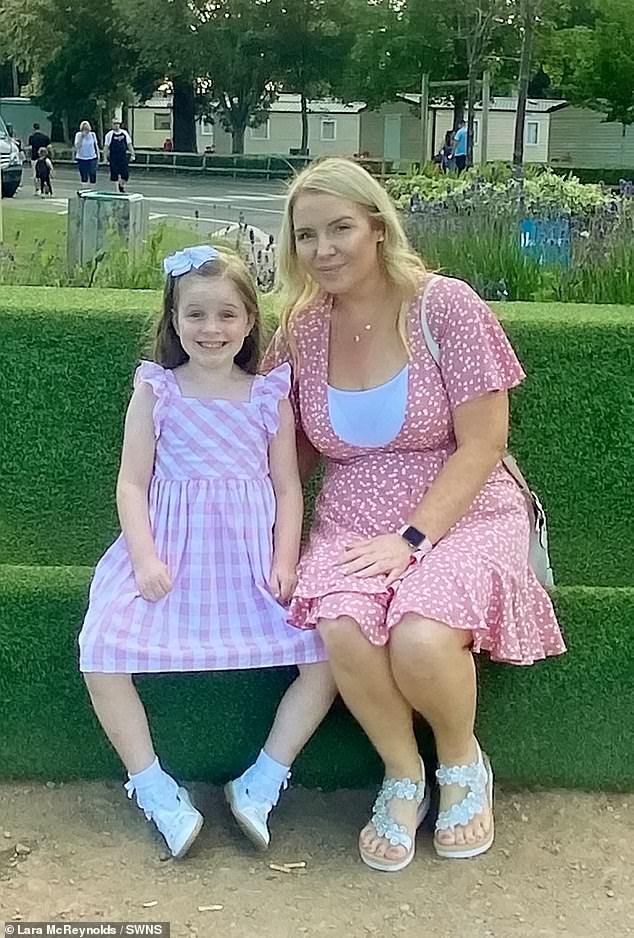 Lara now, says that she is now eating around 1,500 calories a day and has replaced kebabs and McDonald’s with salad and omelettes as well as the 1:1 diet supplements

‘We play together and I can chase her around which I would never have been able to do before. I am eating around 1,500 calories a day now.

‘I lost the weight without exercising really which was a bonus, I have never been much of a gym goer.

‘Halle loves that I have lost the weight now, she thinks it is fantastic, and she helps keep me on track.’