The royal family of Monaco has shared a stunning set of photographs to remember Princess Grace 40 years after her death.

Princess Grace – otherwise known as Grace Kelly – was an American actress who starred in several blockbusters in the early 1950s.

But she retired from acting at the age of 26 to marry Prince Rainier III in April 1956 – becoming Princess of Monaco.

She died aged 52 on September 14, 1982, following a car crash – and the royal family of Monaco has marked the 40th anniversary of her death with a stunning, largely black and white, gallery on their Instagram account. 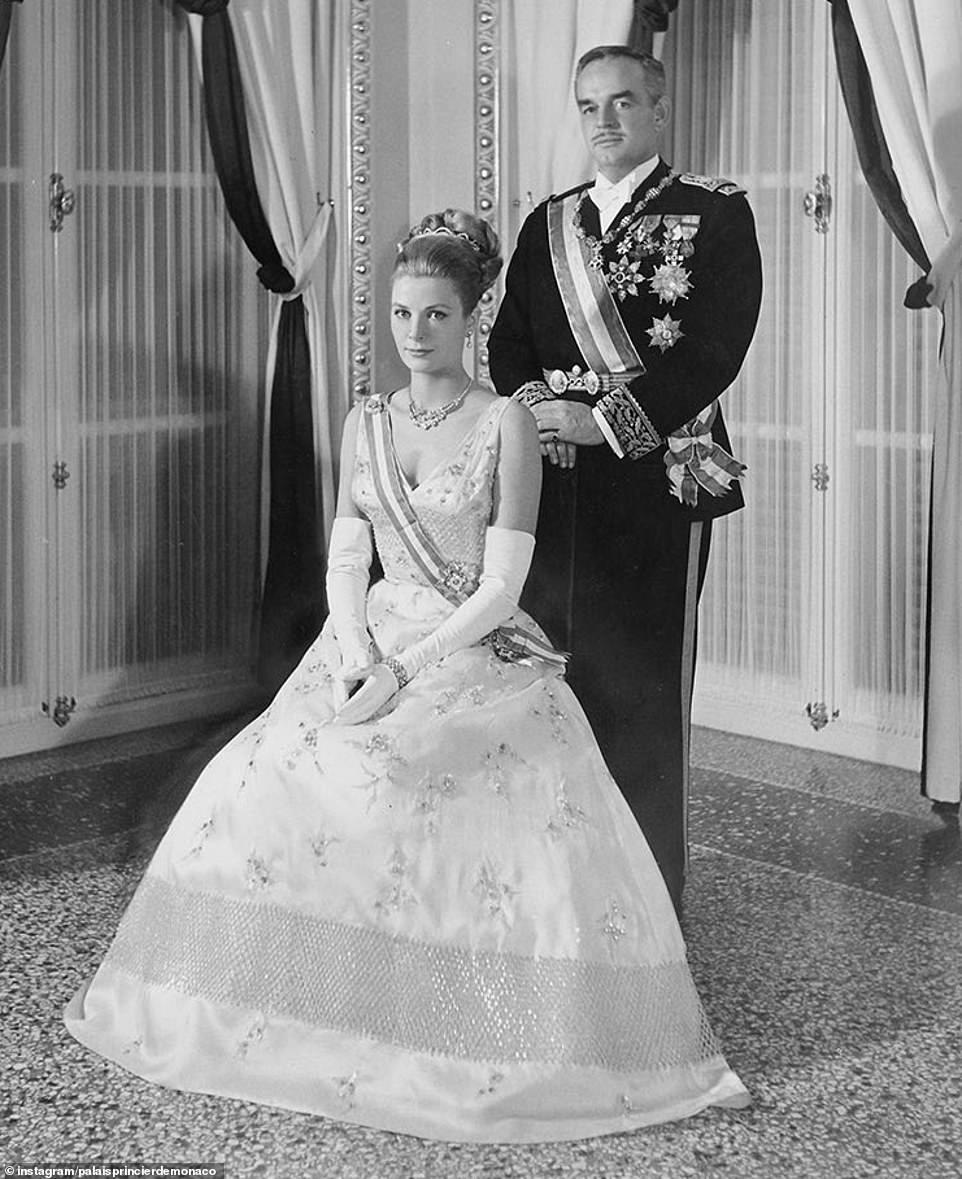 Grace Kelly married Prince Rainier III in April 1956 at the Saint Nicholas Cathedral in Monaco. The groom was the sovereign prince of the Principality of Monaco 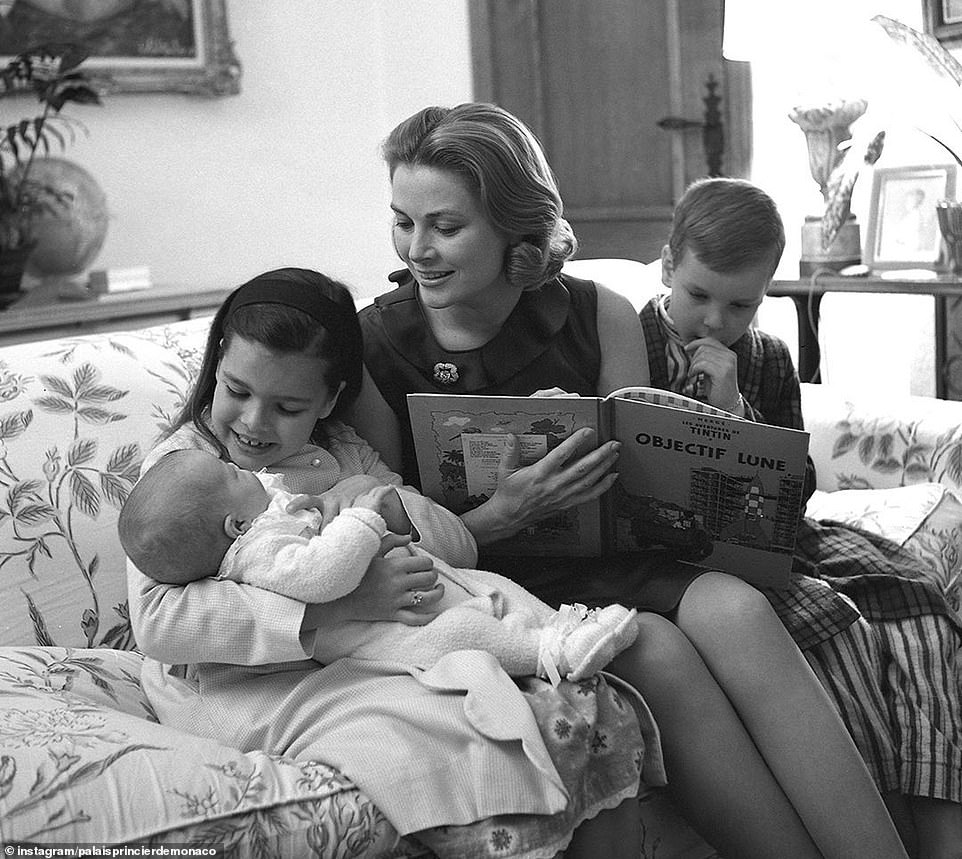 The couple went on to have three children, pictured from left to right, baby Princess Stéphanie, Princess Caroline and Prince Albert 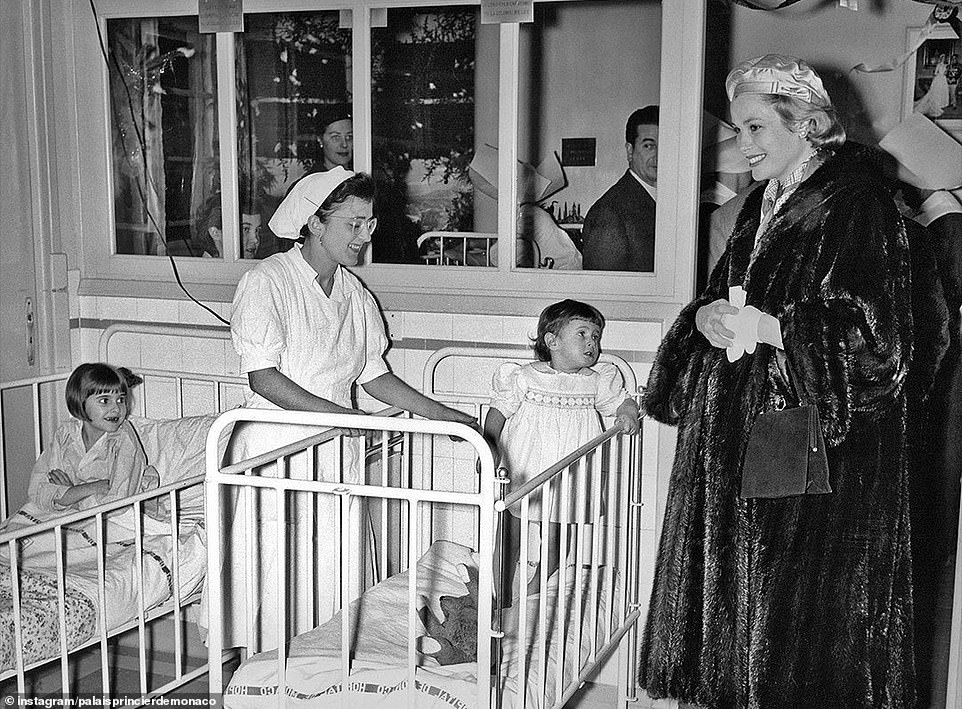 Although Grace Kelly left her acting career behind, she did continue with charity work, which often revolved around her love of children 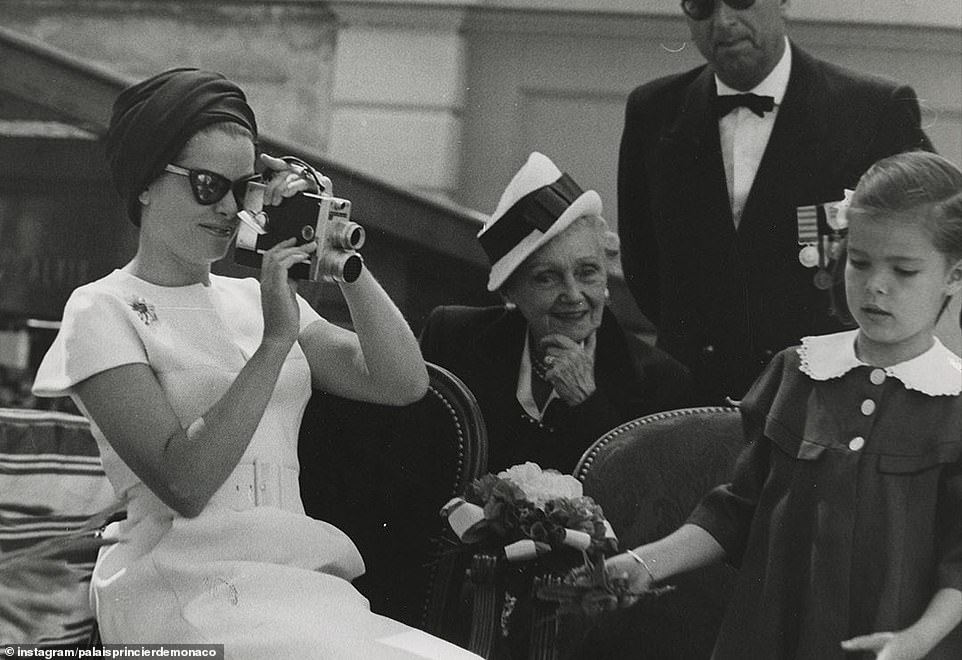 Born in 1929, Grace Kelly became a Hollywood name in her early twenties.

By the early fifties – the golden age of television – she had starred in Mogambo (1953), To Catch A Thief (1955) and three Alfred Hitchcock thrillers.

She also won an Academy Award for Best Actress for her performance in the drama The Country Girl (1954) – and worked with many of the leading men of the era, including Frank Sinatra, Bing Crosby and Clark Gable.

Despite her illustrious career, she retired from acting aged 26 to marry Prince Rainier III, becoming Princess Grace of Monaco.

Grace spent many years focusing on charity work and promoting her love of theatre and art.

But she was involved in a car crash and tragically died one day later in September 1982, aged 52, at Monaco Hospital.

Her legacy however, lives on in her children and grandchildren. 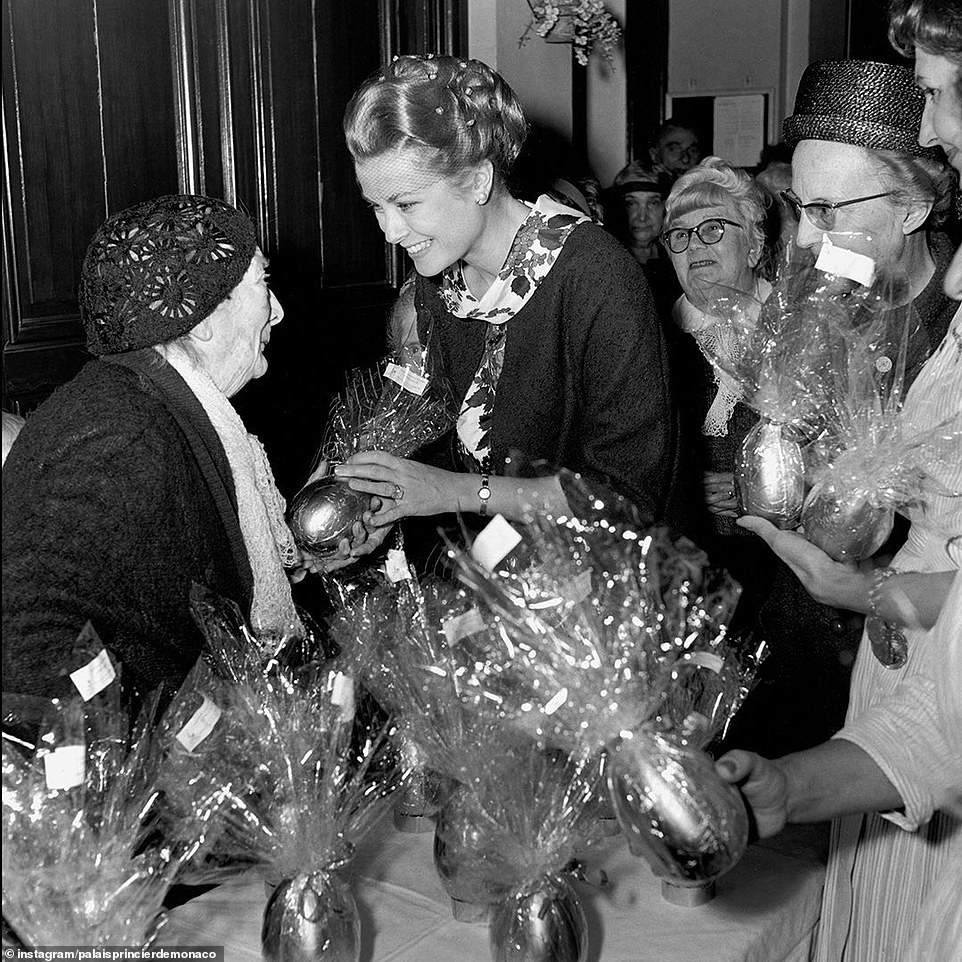 Another black and white shot of the star at Easter. Colour photography only became common in the 1970s 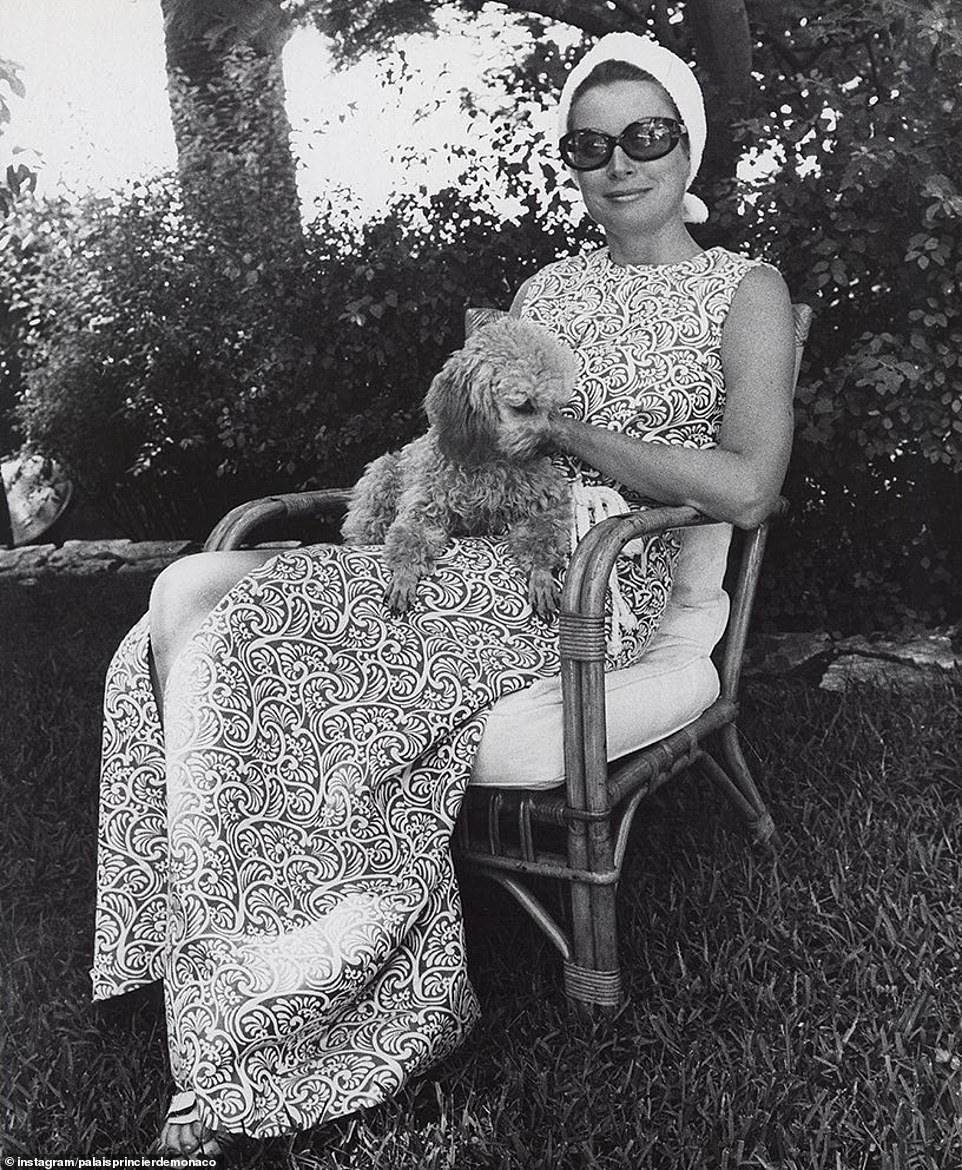 The princess pictured looking relaxed with a dog, while wearing large Hollywood-style sunglasses 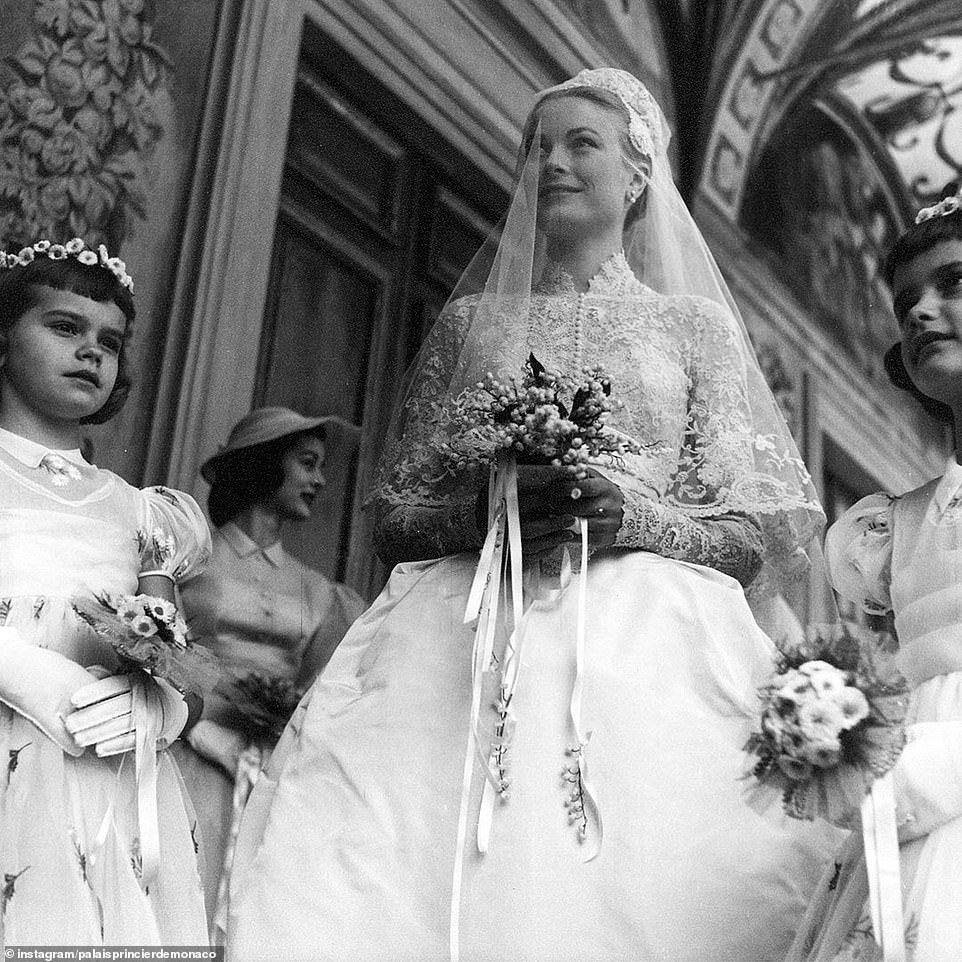 The Hollywood star, pictured on her wedding day, had no apparent difficulty giving up her acting career 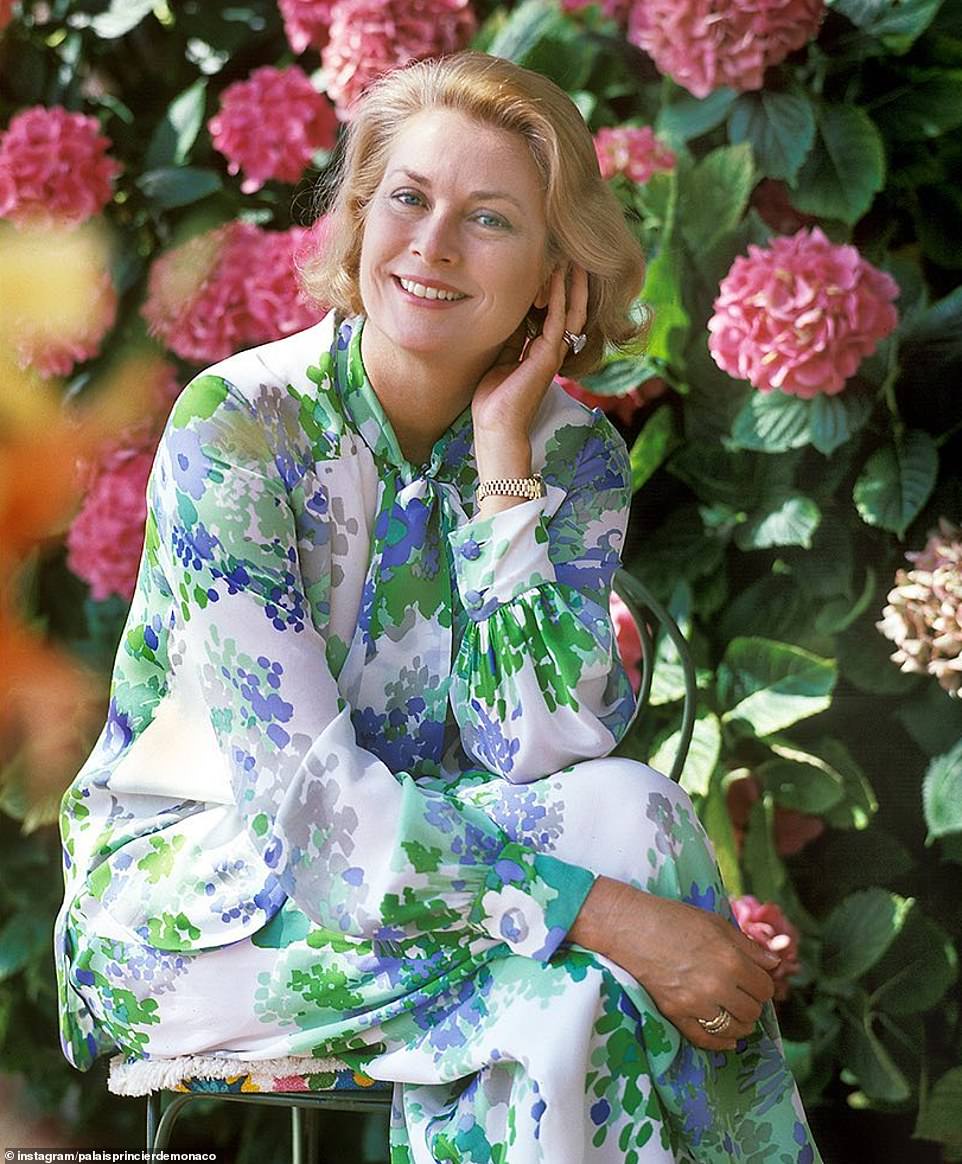 Grace Kelly (pictured) towards the end of her life, photographed in a floor-length floral dress 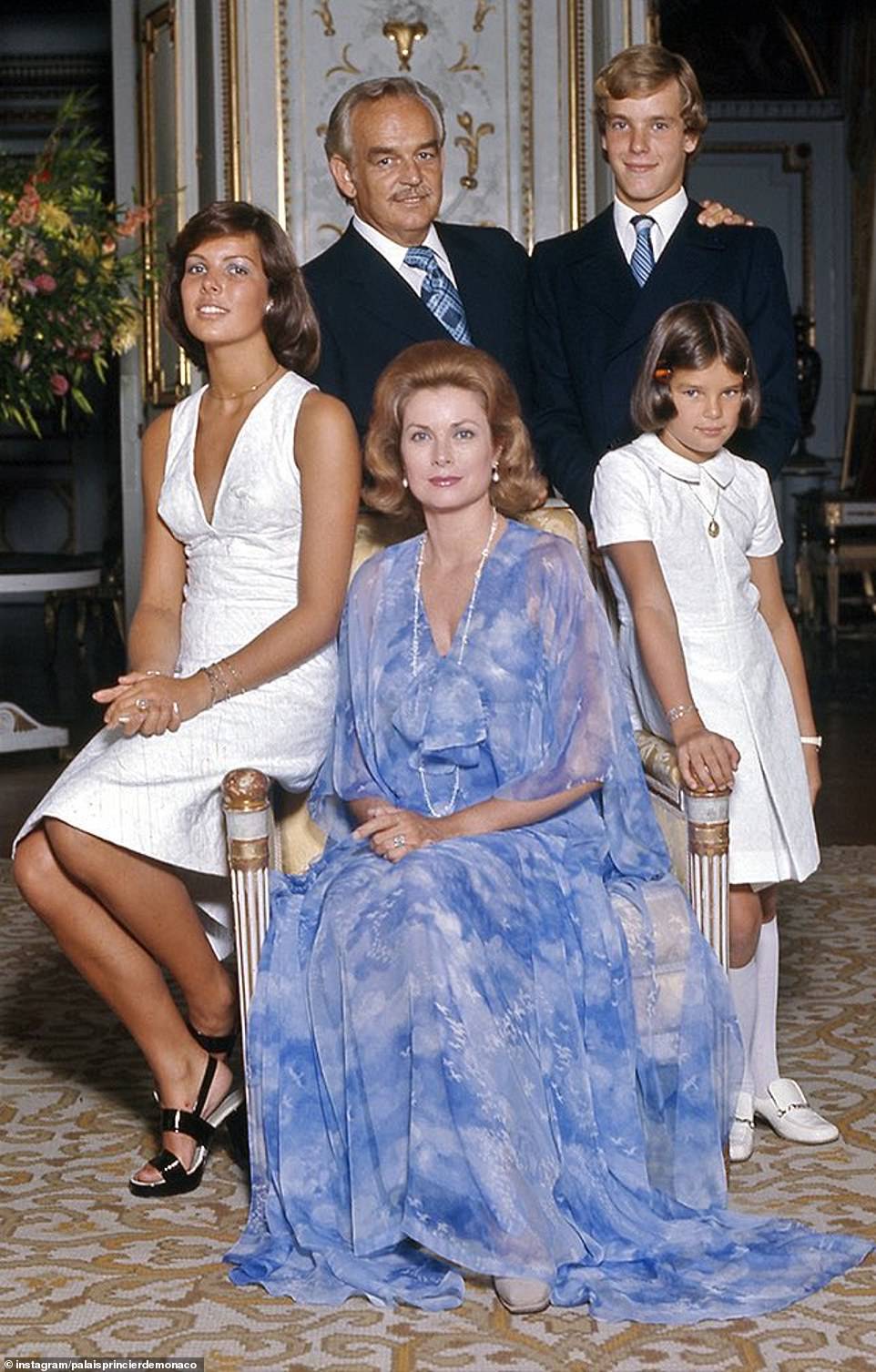 Born in 1957, Princess Caroline went on to marry Prince Ernst August, becoming the Princess of Hanover.  However the couple are now estranged.

Princess Grace’s son, Prince Albert grew up and – wanting to do something to remember his mother – helped establish the Princess Grace Awards in 1984 to recognise emerging performers in film, theatre, and dance.

Now aged 64, in July 2011 he married South African Olympic swimmer Charlene Wittstock, with whom he has two children.

Recently, Princess Charlene and the prince attended a church service in memory of the Queen, after sending a heartfelt tribute to the ‘great’ Monarch. 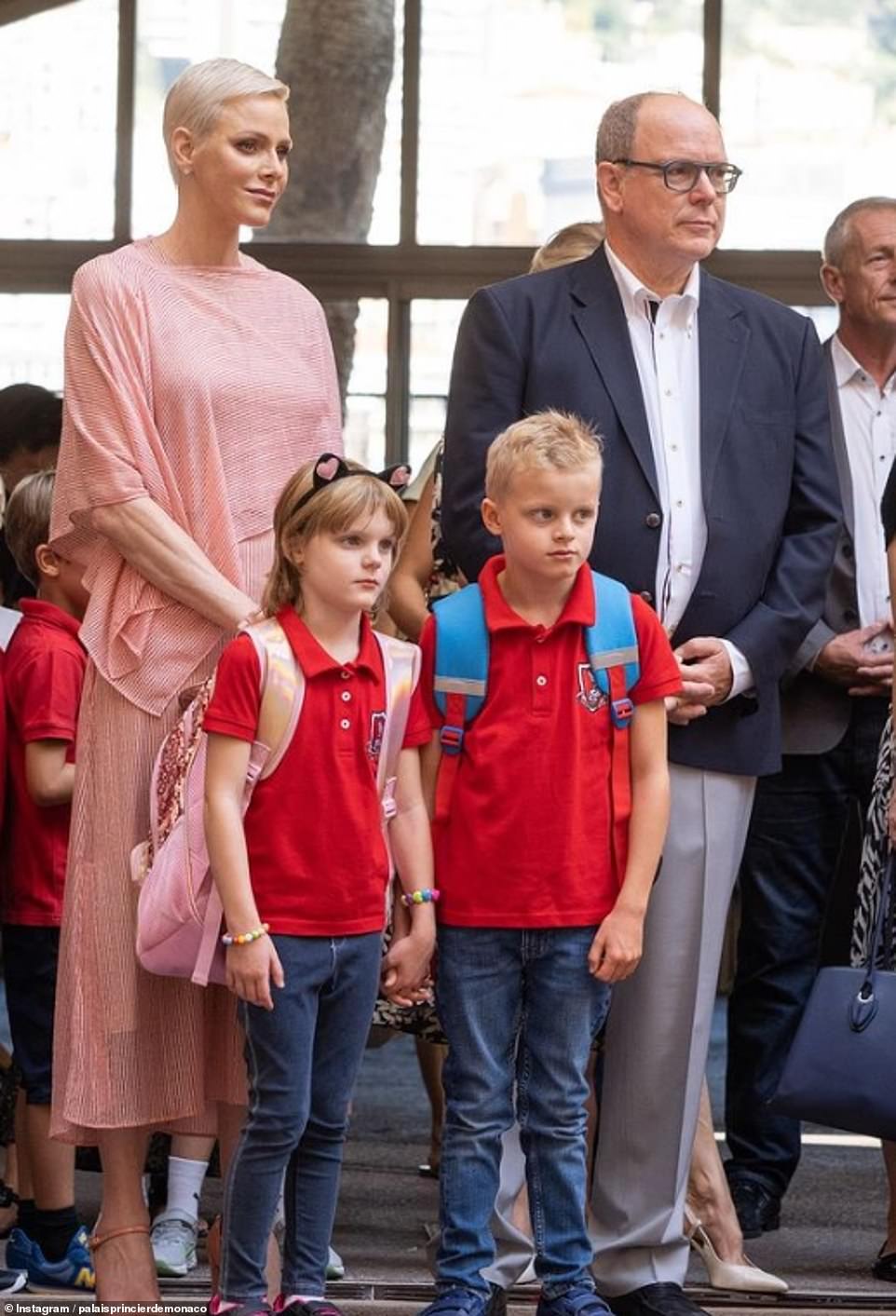 Princess Charlene, 44, wrapped up in a delicate pink number to take Prince Jacques and Princess Gabriella, seven, back to school to François d’Assise-Nicolas Barré

The Prince and Princess of Monaco appeared deep in thoughts as they attended a religious service for the late Monarch at St Paul’s Anglican Church in Monaco.

Previously, Princess Charlene was seen taking her twins to school for their first day back after the summer holidays.

The proud mother shared photographs of the snaps on Instagram.

Last year, Prince Albert brought his children to school alone while Charlene was recovering in her native South Africa after being hospitalised due to complications from a ‘severe ear, nose and throat infection’ she contracted in May 2021.

Meanwhile, Princess Stéphanie, 57, has worked as a singer, swimwear designer and fashion model.