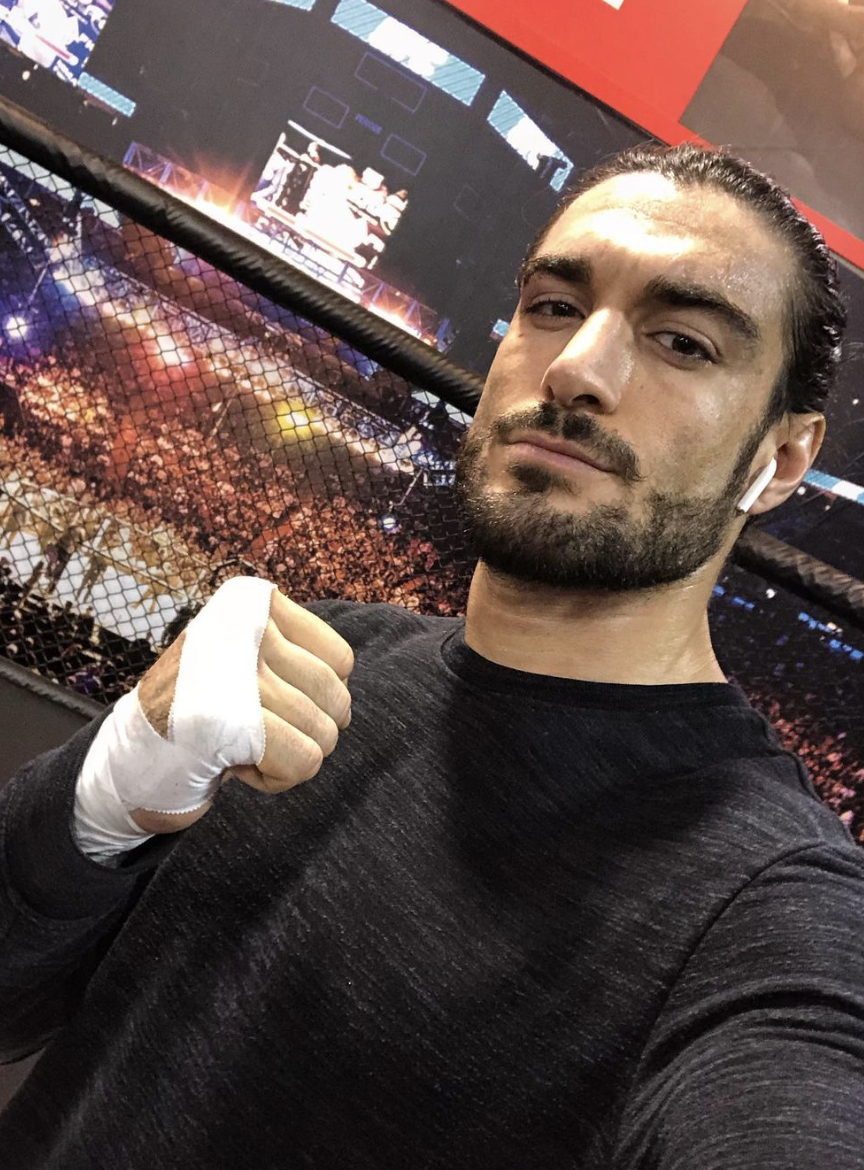 Mixed Martial Artist fighter Elias Theodorou has died after a battle with stage IV liver cancer. He was 34.

A representative for the athlete confirmed the news of Theodorou’s death to mmafighting.com on Monday, September 12, one day after his passing, per his rep. Theodorou was dealing with his illness privately and that the diagnosis was known to a few people in his inner circle.

The Canada native made his pro debut in 2011, going on to earn a UFC contract after winning The Ultimate Fighter Nations: Canada vs. Australia in 2014. He also made headlines when he served as a “ring boy” for the all-female MMA promotion Invicta Fighting Championships in 2018.

After parting ways with UFC in May 2019, Theodorou returned to the regional scene, winning three consecutive fights in December 2019, March 2021, and ultimately, in December 2021, against Bryan Baker, in what would be his final fight.

In addition to his fighting career, the middleweight champ and his ex-girlfriend, Max Altamuro, competed on the third season of Amazing Race Canada, placing 12th in their home city of Toronto.

Celebrities Who Have Dated Athletes

Theodorou was also known for being an advocate for the use of medicinal marijuana in combat sports. In 2020, he became the first fighter to receive a therapeutic use exemption for medical cannabis, which was granted by the British Columbia Athletic Commission.

Following the news of his death, the fighter was honored by his peers via social media. Jeff Novitzky, Senior Vice President of Athlete Health and Performance for UFC.

“RIP Elias Theodorou,” Novitzsky, 54, wrote via Twitter on Monday. “A great person and a HUGE voice for the more fair and equitable treatment of marijuana use in MMA and sport.”

Professional MMA fighter Michael Chiesa also gave a shout-out to his late friend, whom he described as “the type of guy who would give the shirt off his back.”

“I’ve always said the greatest gifts this sport has ever given me are friendships and memories,” the fighter began in a video shared via Twitter on Monday. “Elias and I went to Exos [a training hub for professional athletes] a few times and I got asked on short notice to go and do a press conference about it and I didn’t have a dress jacket, I didn’t have anything with a collar. I was telling him about it and … he took [his jacket] off and he gave it to me.”

Chiesa, 34, continued: “I never had the chance to give it back to him but that’s the type of guy he was. While I’m sad like a lot of people — he touched a lot of lives — I have to remember I’m very blessed that I had the friendship I had with him and the countless great memories I had with him. Rest in peace, Elias.”