Michael Fesco, whose trendsetting clubs on Fire Island and later in Manhattan gave gay men a place to gather, dance and explore sexually at a time when homosexuality was largely unwelcome in mainstream society, died on April 11 in Palm Springs, Calif. He was 84.

His friend Tony Powell, who worked for Mr. Fesco on Sea Tea, a gay party cruise around Manhattan that he began organizing in the 1990s, confirmed the death.

Mr. Fesco gave a jolt of energy to the gay scene in 1970, when he opened the Ice Palace in Cherry Grove, a gay community on Fire Island. He had recently visited the Sanctuary, a discothèque on West 43rd Street in Manhattan with a largely gay male clientele.

“I said, ‘I’ve just got to do something like this!’ ” Mr. Fesco said in an interview for “Love Saves the Day: A History of American Dance Music Culture, 1970-1979,” a 2003 book by Tim Lawrence. “I sat there in the rafters mesmerized by the people on the dance floor.”

Mr. Fesco borrowed the name Ice Palace from an F. Scott Fitzgerald story. “It was always so damn hot in there that I thought a nice, cool name would be psychologically appreciated,” he said. 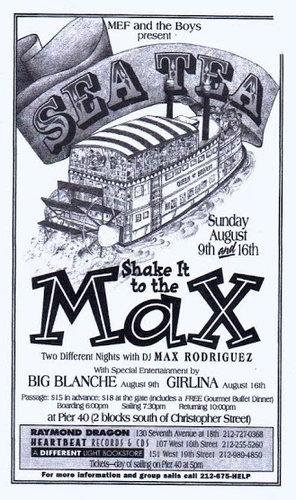 Certainly gay men appreciated having such a place to go.

“We had a line outside that ran all the way to the beach,” Mr. Fesco recalled of the first night, on Memorial Day weekend in 1970. “I believe 1,800 people came to the opening. We charged five dollars admission, and my rent for the season was assured.”

For several years the Ice Palace did booming business. But competition from a nearby establishment, the Sandpiper, made 1973 a rough year for Mr. Fesco, and he began turning his attention to Manhattan; management of the Ice Palace, which is still a popular gathering spot, passed to others. In December 1974 he opened Flamingo in a 10,000-square-foot space in SoHo.

Flamingo was a membership club: Purchasing a membership card (the initial price was $35 — about $190 today — though a black market is said to have developed) entitled you to enter and bring a guest.

Mr. Fesco employed various theme nights — a “black party,” where everyone would dress in black, a “white party,” where that was the color of the evening, and so on. More important was what was coming out of the speakers.

“It was his use of music that set the club apart from the competition,” Get Out! Magazine wrote in 2012. “Flamingo was a Cathedral of Sound and the D.J. led the parishioners through nighttime services.”

Flamingo dominated the scene for seven years, until the Saint, an even bigger and flashier club, opened in the East Village. 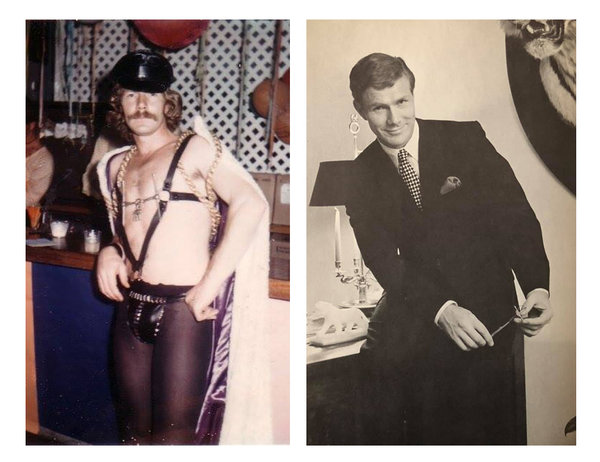 About the time Flamingo closed in 1981, the gay club scene was beginning to be disrupted by AIDS. But Mr. Fesco would resurface with other ventures over the years, perhaps most prominently his Sea Tea cruises, which he began in 1997.

Michael Eugene Fesco was born on May 24, 1934. Friends interviewed for this obituary were not sure where but knew that in his youth he lived in the Seattle area and spent time as a lumberjack. (Information on his survivors was not immediately available.)

His real interest, though, was dance, and in 1958 he moved to New York to study at the Ballet Arts school.

Mr. Fesco made his Broadway debut in 1958 as a dancer in the musical comedy “Goldilocks,” which was choreographed by Agnes de Mille, and he accumulated three more Broadway credits over the next four years.

In the summer of 1969 he took a job helping to manage the Beach Hotel and Club on Fire Island.

“The friend who gave me the job turned out to be a heavy drinker,” he told Mr. Lawrence years later, “and after a month I found myself running the entire complex.”

He set about revamping the hotel bar, lining the walls with tinfoil and replacing the jukebox with a sound system. The Ice Palace opened a year after the Stonewall uprising, a turning point in the gay-rights movement in which protesters rebelled against a police raid at a gay bar in Greenwich Village. On Fire Island, at least, police interference was relatively light, and patrons could be uninhibited.

A memorial to those who lost their lives in 2018

“The nightclub world was where people wanted to go because that was where all the boys could take off their shirts and sweat and dance,” Mr. Fesco said. “That was where you met your boyfriends, and that is what it was all about. Sex.”

At the Ice Palace and especially at Flamingo, Mr. Fesco made good use of his theater background.

“Michael was an entrepreneur who cannily noticed a big new gay male market in the 1970s and fulfilled it brilliantly,” Felice Picano, a writer and publisher who has focused on gay culture, said by email. “Flamingo was so popular and influential that major acts like Diana Ross would go in person to ‘break’ their new disco records there. Fesco’s theatricality from his work on Broadway and his artistic friends and ambitions meant spectacular nights and mornings.”

George Stambolian, an important figure in the gay literary movement, eulogized the club when it closed, saying that going to Flamingo was about more than a good time; it was about identity and empowerment.

“You sensed that beauty was more than pecs and proportion, it was in all those bodies moving to the same beat,” he wrote in the newspaper New York Native. “You understood that pride was not only in personal accomplishment but in the fact that these men in this space could create such joy.”

Scores of tributes to Mr. Fesco have been posted on Facebook and elsewhere. Mr. Powell noted that he was known far and wide — which he learned when Mr. Fesco once let him use a home he had in Puerto Vallarta.