Melinda French Gates has a new boyfriend, per TMZ sources, and if his Instagram pictures are anything to go by he is very committed to (ahem) fitness.

While clearly a fitness fanatic, he is also an author and former Fox News correspondent, from the ’90s and early 2000s. Per his LinkedIn page he’s now a Strategic Communications Specialist.

According to Page Six, he has three children from a previous marriage.

It’s unclear when French Gates began dating the hunk, but the two were seen together as far back as April at a Celtics and Nets game. Bill and Melinda finalized their divorce in August 2021 after she initially filed in May.

The former power couple were married for 27 years and share three children together.

TMZ reports French Gates and Du Pre along with some of their family members recently went to a 5-Star hotel in Newport Beach, Pelican Hill.

A rep for French Gates did not immediately respond to various media outlets’ request for comment. 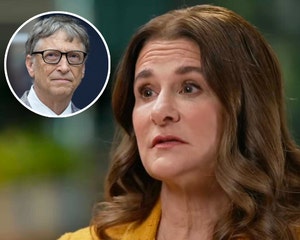