McDonald’s announced this afternoon, September 14, that it will be closing all of its restaurants next Monday as a mark of respect for the Queen. The late monarch died on Thursday, September 8, and the country has been in mourning since.

McDonald’s is the latest company to announce it will be closing its restaurants on the day of the Queen’s state funeral on Monday, September 19.

The fast-food giant took to social media to explain its decision. It said: “All of our UK restaurants will be closed on Monday until 5pm, to allow everyone at McDonald’s to pay their respects to Her Majesty Queen Elizabeth II.

“Operating hours and services may vary after 5pm, so please check our app before travelling.”

McDonald’s added that no deliveries will be made during these times either, but these will be continued after 5pm. 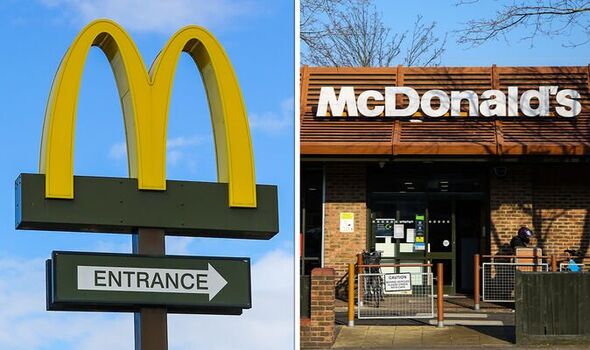 McDonald’s went on to reassure the public that all staff will be paid on Monday, despite the closures. It said: “All company owned restaurant employees will be paid for their scheduled hours.”

The fast-food giant’s post was inundated with comments as fans expressed their opinions on the announcement.

Some were glad the fast-food chain was closing its restaurants as a mark of respect, while others believed the update was a little “over the top”.

A social media user called Gareth said: “You understand, of course, that those who want to pay their respects and watch the funeral won’t be coming to buy burgers, while those who don’t want to watch it might want to. This isn’t about giving people an opportunity to mourn. It’s state sanctioned mourning. And it’s sick.”

Rob Aston commented: “No deal on McMuffin on Monday then? As if life wasn’t bad enough.”

James Smith added: “Absolutely fuming. I always get a breakfast meal every Monday at 10.57am!”