Fewer people watched the “winner announced” segment of MasterChef on Tuesday night than ever before in the show’s 13-season history. 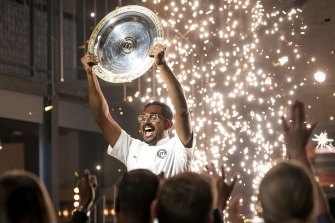 The previous low was set in 2019 when 992,000 people tuned in to watch Matt Preston, George Calombaris and Gary Mehigan reveal “the best home cook in Australia” for what would turn out to be the last time.

Ten announced on Wednesday morning that the show had averaged 724,000 metro-city viewers across its 61 episodes this year, which is roughly 10 per cent better than it managed in 2019, when it managed just 651,000 across the same number of episodes.

Year-on-year, the season average was down a massive 26 per cent, from 980,000 an episode. The figures for 2020, however, benefited from three major factors: the all-star line-up that saw past contestants return to compete; the curiosity in and appeal of the new hosts, Andy Allen, Jock Zonfrillo and Melissa Leong; and the fact so many of us were homebound because of COVID restrictions.

In a release issued on Wednesday morning, Lisa Squillace, national sales director of 10 ViacomCBS, said “MasterChef Australia undeniably resonates in the Australian psyche as a premium, trusted and heart-warming show. Once again, it has proven it is a winning recipe as audiences and brands engaged in another compelling season.” 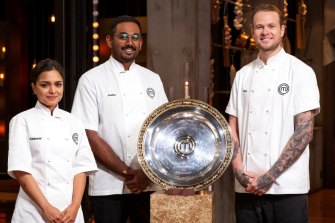 But there’s no escaping the fact of a 39 per cent decline in viewing for what has traditionally been one of Ten’s biggest ratings events of the year, the winner announced segment.

Does that suggest we’ve had our fill of MasterChef? Not necessarily. Free-to-air audiences across the board have been in steady decline since the advent of streaming and the rise of the personal video recorder, two technology-driven changes that have effectively liberated viewers from the tyranny of the program schedule.

Soon, the networks (including Nine, which owns this masthead) will not even report overnight viewing figures, adopting instead a new system in which the first figures revealed will be seven days after broadcast, to capture time-shifted viewership within that period. Eventually, the existing ratings system will be replaced by VOZ, in which broadcast video on demand viewership is also captured, in a bid to present to media buyers and clients – the only audience for ratings figures that really matters – a more accurate picture of broadcast viewership.

For now, though, it’s worth noting that over its lifespan MasterChef has, as the Katy Perry song that serves as its theme would have it, run hot and run cold. The first season winner in 2009 was announced to a metro audience of almost 3.75 million people, a number that is all but inconceivable these days. The second season did even better, with more than 3.96 million people tuning in. With regional viewers factored in, the figure rose to 5.2 million – almost one in four of the then population of 22 million. 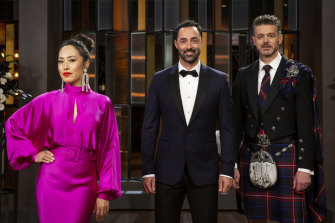 Judges Melissa Leong, Andy Allen and Jock Zonfrillo put out the call for next season’s contestants during the MasterChef finale.Credit:Ten

But just three years later, the last rites were being read over the show as the winner announced segment was watched by just over 1 million viewers. Two years later, that number had more than doubled. Since 2015, though, the numbers have – apart from 2020, which was exceptional in so many ways – been trending down.

In short, our appetite for MasterChef has waxed and waned over the years, and it may do so again. It is undeniably diminished by comparison with those heady early days, but so it is for all mass media events.

At any rate, as viewers of Tuesday night’s two-and-a-half hour finale saw, the hosts have already put the call out for next year’s contestants. The recipe may be getting old but there is room, it seems, for at least one more serving.