A TSB banking outage has left customers without wages this morning as payments have failed to appear in accounts.

Consumer expert, Martin Lewis, is calling for consumers to vote with their feet and switch bank accounts following the failures. 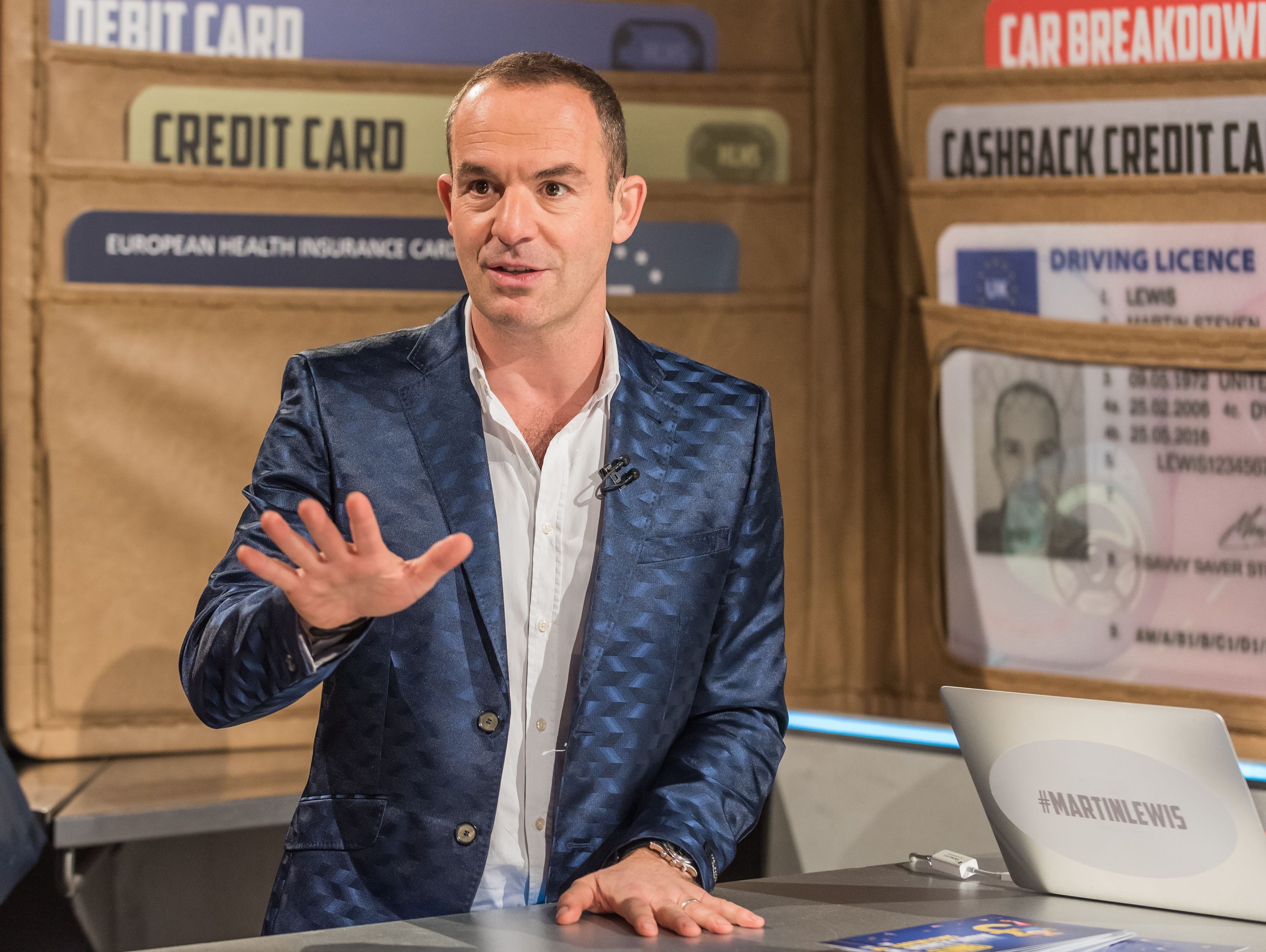 The founder of MoneySavingExpert.com said: "My call to those who are affected by this and angry and disillusioned with their bank is to stop bitching, start switching.

"Right now you can get paid up to £175 to switch – and some banks which pay, including HSBC, M&S and First Direct, have better customer service ratings and less of a history of IT problems.”

The issues have left some consumers overdrawn or struggling to buy essentials. 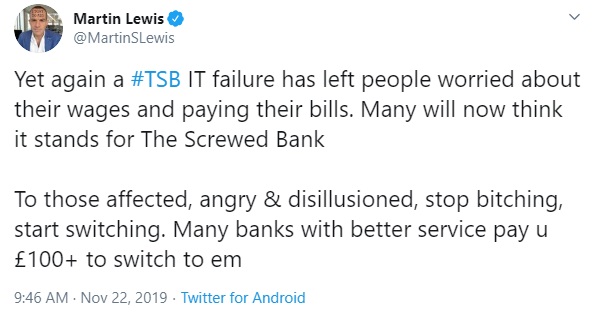 TSB says the issues have now been resolved and that all delayed payments have been completed.

But customers who were unable to pay rent this morning or who needed to rely on overdrafts, may have incurred charges or fees.

Gareth Shaw, Head of Money at Which?, said: "It’s beyond belief that customers have experienced more problems as a result of yet another IT glitch from TSB, hot on the heels of a damning report into the bank's system failure last year.

"With banks increasingly trying to move customers online, these IT glitches are still far too common across the industry, and it’s clear that people need access to cash as a back-up.

"The next government should intervene with legislation that protects access to cash for as long as it is needed."

LEWIS suggests switching to a bank that offers a bonus if you join them – we've made a round-up of these below.

Just a word of warning, don't switch banks just because of a short-term offer as it may not be the best deal for you in the long term.

HSBC Advance: New customers will receive £175 when they switch to the account.

But you’ll need to pay in £1,750 per month so consider whether you’ll be able to meet this criteria before switching.

If you can’t afford it, HSBC’s Bank Account offers £75 to switch and has a lower £500 monthly pay-in.

NatWest: You can also get a lower £150 as long as you switch to a NatWest Select or Reward account before December 6.

The latter comes with a monthly £2 fee, but you'll get 2 per cent cashback on bills paid by direct debit.

Lloyds Bank: Another option is to switch to a new Club Lloyds or Club Lloyds Platinum account, which will give you a £125 bonus.

On top of the bonus, the account gives a choice of three annual benefits, including six free cinema tickets, a free magazine subscription or a Gourmet Society membership.

This offer is available to customers who open the account before November 12.

First Direct: It gives new switchers a bonus of £50 when you open a so-called 1st Account.

You’ll also get a £250 zero per cent overdraft, and can open a linked 2.75 per cent regular saver.

M&S Bank Current Account: New switchers receive a £100 M&S gift card, with no minimum pay-in, plus reward points when you shop in M&S.

You also get a £100 zero per cent overdraft and if you stay for 12 months, you'll get another £80 gift card after a year.

TSB said: "We apologise for the inconvenience this has caused and will ensure customers are not left out-of-pocket."

If you've been affected you should submit a formal complaint to TSB and ask it to reimburse you any charges you've incurred or ask for compensation for the inconvenience suffered.

If you don't get a response within eight weeks or you're unhappy with the response you do get, you can complain for free to the Financial Ombudsman Service.

How to switch bank accounts

Under the Current Account Switching Service, swapping banks should take seven working days. That includes all your payments, direct debits and standing orders being moved too.

Just open your new account and then ask your new provider to close your old account using the switch service.

Make sure you are eligible. Most accounts have certain requirements, such as paying in a minimum amount of cash each month or having a certain number of direct debits.

You need to make sure you watch your overdraft. Check your new bank will offer you the same limit — and does not have higher costs for using it.

TSB banking problems: customers left without cash as wages and payments fail to go into accounts.

Best savings accounts 2019 – all of the options compared.

How to get out of your overdraft and get £175 from a new bank.