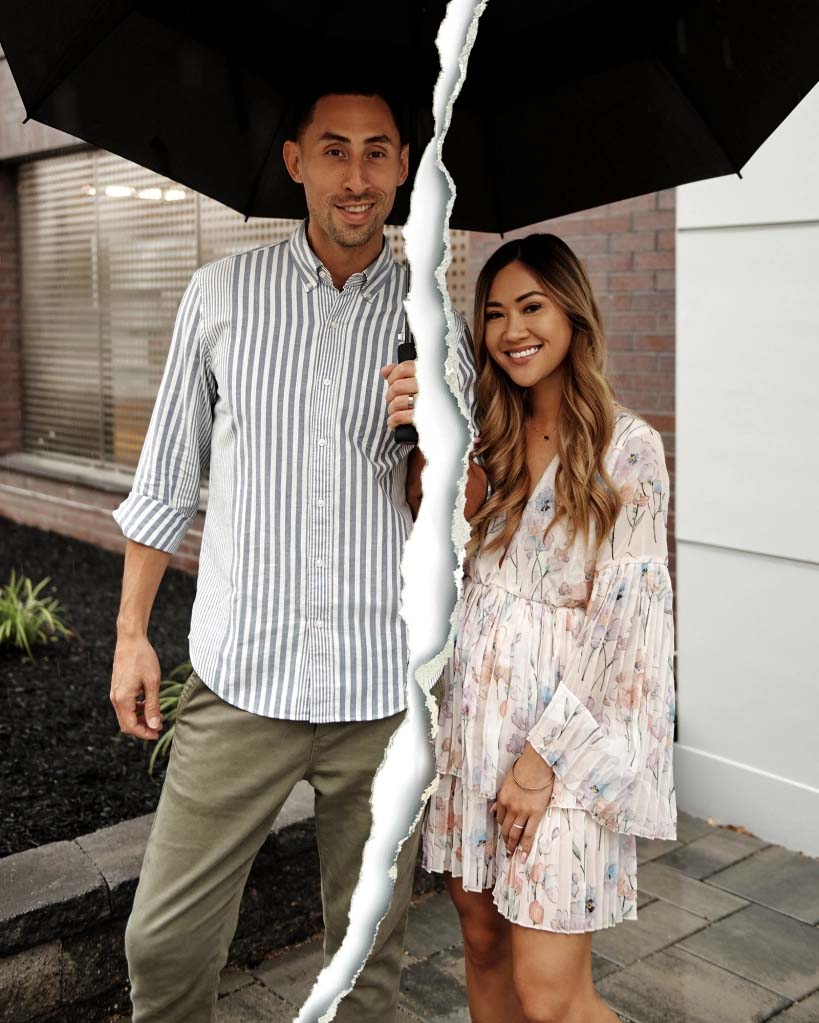 All the ‘Married at First Sight’ Couples Still Together Today

She continued to share glimpses of her beach vacay via Instagram Story, with many set to breakup songs. “Take back your narrative (even when your voice shakes),” she wrote alongside of herself posing on a paddle board while Kanye West‘s “Hurricane” played.

Another clip featured the sad country ballad “Love Song” by Maren Morris, but the MAFS alum ended on an optimistic note with Camila Cabello‘s “Bam Bam” (featuring Ed Sheeran). “Love came around and it knocked me down/ But I’m back on my feet,” Cabello sings.

Moy, 39, for his part, wrote a very lengthy statement via Instagram on Saturday. “I was not expecting this announcement to happen today, but I am prepared to handle it,” he explained. “When I said yes on decision day, I knew that our relationship was far from perfect, but I held the belief that with enough time, effort, and understanding, we could overcome the challenges we faced, and build a healthy, functioning relationship.”

The software developer continued, “Over time I’ve lost hope that this could happen, and believe we are incompatible in ways that attempts at compromise can’t seem to fix or overcome. I am under the belief that our relationship is unsustainable in its current form, and after many attempts, I don’t believe we can get it to the point where it is functioning at a level that is healthy enough, while both of our needs are being met.”

Hollywood’s Ugliest Divorces: From Johnny and Amber to Erika and Tom

He added a wistful message to his estranged partner, who he married right after meeting her for the first time at the altar.

“Noi, I’ll always love you. I so wish we were a better fit,” he wrote. “I wish we could meet each other’s needs without feeling like we have to compromise ourselves to a point beyond that we consider acceptable. I wish that our willingness to be flexible to each other matched the chemistry we were lucky to have I hope that Sushi stays healthy for as long as possible so that you can enjoy your time with him, and he can be there for you through this next chapter. I hope that you find the support you need from the people around you and resources available to you I hope we can remain cordial, and at some point we can remain in touch, as I enjoy having you in my life when things are good.”

Moy admitted that he’s been known to “struggle with detaching from relationships,” but he knows that divorce is the right choice. “There are too many things that I Unfortunately can’t ignore, and proceed with this relationship confidently,” he explained.

The Boston native is trying to keep his head up and keep their issues private. “Of course I hold some negative feelings about it all but I’m trying to process them on my own time, and with the people who I can count on, while trying not to let it bleed out in public,” he wrote. “I’ve given so much of myself to this marriage, the process, and this experience as a whole. I don’t regret anything I’ve given, but it’s time we start doing what’s best for ourselves.”

His estranged wife, however, took issue with his statement. In a since-deleted comment captured by Monsters and Critics, Phommasak said she asked her husband to stay with her, but he was already dating other people.

Divorce Shocker! Which ‘MAFS’ Season 14 Couples Were Still Together at the Reunion?

“You asked for the divorce … I BEGGED you to stay and you said – you don’t OWE me anything,” the Laos native reportedly commented via Instagram on Saturday. She revealed her dog is dying after cancer treatments stopped being effective. “During this time you knew I was vulnerable and my heart was breaking outside of this and this is when you said we should divorce. You are not heartbroken, so stop acting like this for everyone else. You made this choice before involving me in the final decision and you said I was not allowed to talk about it, even though you said you were already seeing other people. Just be honest about your truths and we can both move on peacefully.”

The breakup comes three weeks after the Massachusetts native got real via Instagram in June about the difficult — and sweet — parts of their relationship.

“It should come as no surprise at this point that we are trying to navigate the challenges we face in our private relationship, while recently becoming public on social media, having many people invested and wanting details,” he wrote alongside photos of “the best times” he’s shared with the University of Minnesota alum, like sharing road trips and holidays together. “We have been choosing not to share some things while we work through, and figure things out, while at the same time recognizing that it’s expected for some people to want to know more.”

Moy touched on the specific work he is doing on himself. “How we as people, and I as an individual show up for others is very important to me,” he explained. “My biggest challenge lately is figuring out how I can show up while still being authentic and true to myself and my feelings.”

He also got candid about the timeline of their romance, explaining that the show depicted “just a fraction” of their time together. “It’s safe to say a lot has happened since,” he added, concluding, “At our best, our relationship has been truly special, and full of love. Although we face our own set of challenges, one thing’s for sure, our chemistry can’t be denied. I’d like to share some of the good times.”

Prior to their split, the reality stars were one of the rare couples from the Lifetime series to stay together after their season ended. During the season 14 reunion in May, the former couple revealed they were still together after the finale — but Phommasak explained was still on the fence about taking her husband’s last name.

Celebrity Splits of 2022: Stars Who Broke Up This Year

“I haven’t decided whether or not I’m going to take Steve’s last name,” she said at the time. “I still rep Team Moy, it’s just not official yet.”

Viewers watched the former couple’s rocky relationship play out in front of the cameras during the 2022 season, which saw Moy and Phommasak deal with various issues — including her hesitation to move in with him and his unemployment.