With this budget, “Australia is coming back,” Josh Frydenberg tells us. And so is the Morrison government, is the unspoken refrain.

The pandemic has been a severe test of the government, but it also turns out to be a boon.

It has given the government licence to spend big, to dream large, and to do it in a way the country needs. And licence to do it in good time for its re-election campaign. 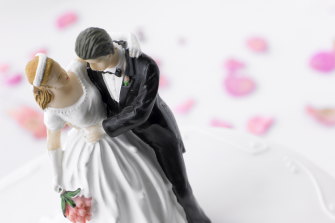 The budget marries pandemic and politics with a half-trillion dollar prenuptial agreement that even most of the economics profession will bless and that the government expects that the people will consummate at the next opportunity.

The next election is due by around this time next year; March 2022 is the favoured date at the moment.

National need and political opportunity rarely coincide so neatly. Labor will have difficulty opposing any of the big decisions on social spending; they are the sort of decisions a Labor government would love to make.

But, of course, no marriage is perfect. After the euphoria fades, a very serious debt will remain.

As a proportion of the economy, this budget is funded by a deficit more than twice the size of the most reckless of the Whitlam years. In the scale of its debts and deficits, it’s neither a Liberal nor Labor budget but a uniquely unconstrained set of outlays.

When I asked Frydenberg whether there were any cuts to anything in this budget, he merely emphasised that it was “a pandemic budget”.

“A desperate disease requires a dangerous remedy,” in the words of Guy Fawkes.

The budget will add impetus to the economic recovery that is already under way. Last calendar year, the economy shrank by 2.5 per cent but this calendar year is forecast to grow by a blistering 5.25 per cent, according to the budget papers.

But the big and permanent change is on social spending. The government has taken the opportunity to make some transformative spending decisions.

Frydenberg says that the National Disability Insurance Scheme “has made Australia a better country,” and committed an extra $13 billion to it over the next four years.

The government’s other big social spending initiatives aim to keep making Australia a better country. The extra $17.7 billion over five years for aged care, is in response to the shocking findings of the Royal Commission into Aged Care Quality.

The additional $2.3 billion over five years for mental health care and suicide prevention in response to the Productivity Commission and the Victorian Royal Commission, including a new network of 40 Head to Health centres for people aged over 25.

The $1.7 billion over four years for expanded childcare, which the government expects to help 250,000 families by an average $2200 a year, in response to a long-rising chorus of demand from left, right and centre. And it’s taken the decision to dispense with the year-to-year dithering over preschools by committing to a permanent payment at a cost of another $2 billion over four years.

None of these investments in Australia’s social health will meet fully the need, but all are important advances. Labor will criticise the terms or timing but not the underlying purpose.

Indeed, Anthony Albanese will be quietly grinding his teeth that a Coalition government is embracing such social spending, complete with the rhetorical flourishes that Labor likes to think are its own but that Frydenberg has now spoken – the government, says the Treasurer, has nearly doubled spending on mental health care since coming to office because “it goes to the heart of who we are as Australians, helping those who need it most”.

The government also has taken the opportunity to make some other important responses to other contemporary crises – in response to the bushfires, to the China trade sanctions, and to the Reserve Bank’s standing plea to fund more infrastructure.

The Coalition has a poor record of embracing the 21st century on key science and technology policy – climate change and the NBN, for instance – so it was an evolutionary moment when it announced its “patent box” decision to allow income from new patents commercialised in Australia to be taxed at a concessional rate of 17 per cent. This will assist the medical and biotech sectors, and maybe even the clean energy sector.

And, in the circumstances, no one will be critical of the total bill for all the spending. Or “no one important, at least”, as economist Stephen Anthony put it. He counts himself out of that definition.

As the government moves Australia towards world-class social spending, its debts and deficits move it toward mediocrity in economic performance. COVID-19 is indeed a desperate disease. The government inherited a net national debt of 15 per cent of GDP. It’s now budgeted for 34 per cent and heading to 41 per cent in four years, and that’s the dangerous remedy.

The Kardashian clan concluded their 20-season run of “Keeping Up With the Kardashians” with a two-part reunion special hosted by Andy Cohen. No topic, from…