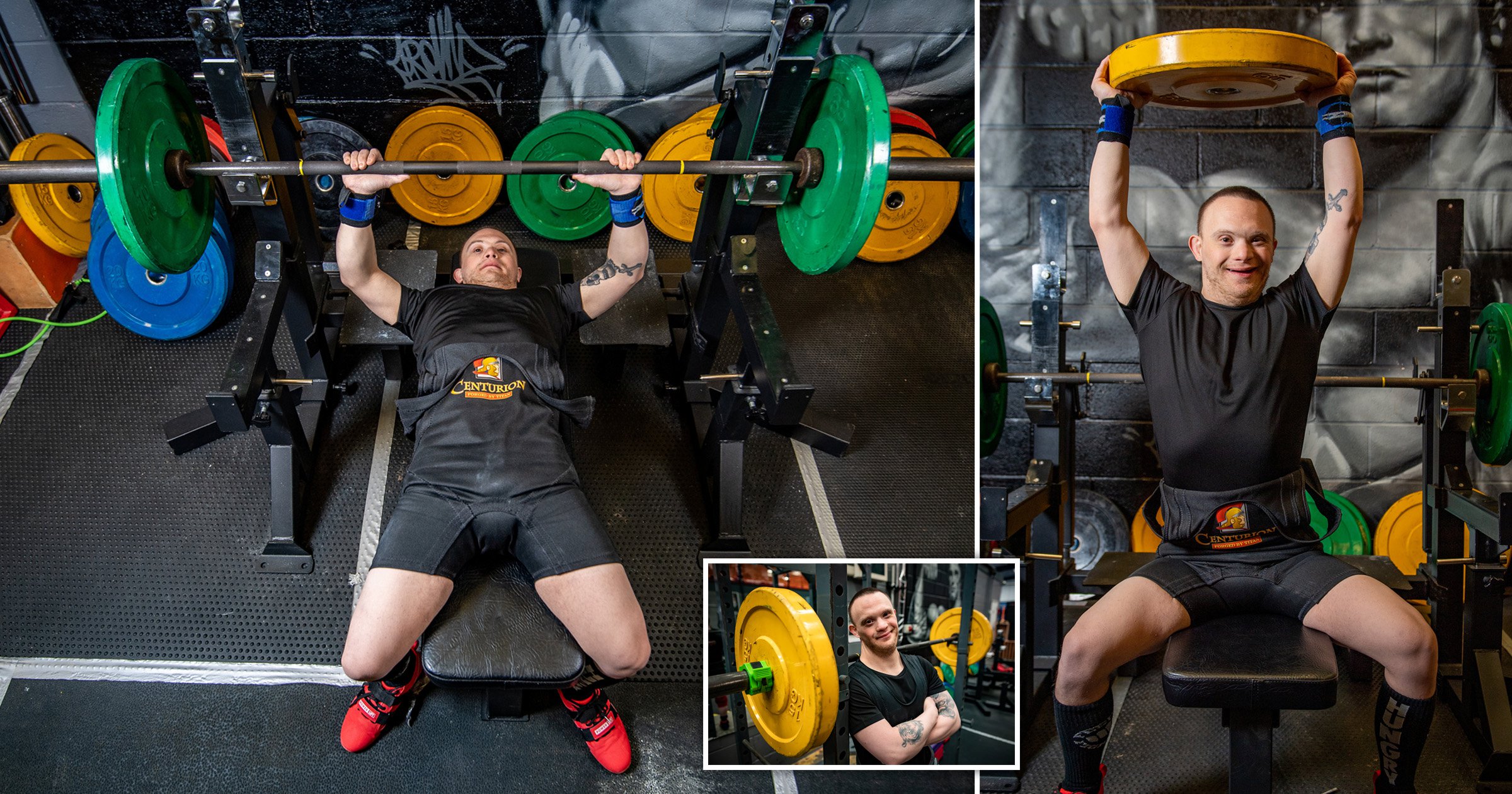 Powerlifting gold medallist Dan McGauley has defied all of his doctor’s expectations of him.

The 31-year-old, who has Down’s syndrome, is already a three-time gold medalist in Commonwealth powerlifting and is the reigning world champion in his weight category.

Dan, whose family was told ‘he’d never make a valuable contribution to society’, is now hoping to add another Commonwealth gold medal to his collection in Australia this year.

Dan also has autism and is deaf in his left ear. His mum Judith said: ‘He’s had a lot of setbacks. The doctors said he wouldn’t survive another round of open-heart surgery.

‘He’s been in a wheelchair, and he’s had 40-odd operations on his ears.

‘We were told by doctors that he’d never make a valuable contribution to society. Now he’s on a podium singing his heart out to the national anthem.

‘Some people say he’s the face of powerlifting. He’s got followers from all around the world.’

Judith said: ‘Dan has to work twice as hard as able-bodied lifters.

‘He trains three times a week and has personal training sessions on Saturday and Sunday.’

Dan was born with a heart defect and underwent his heart surgeries when he was just four months and two years old, respectively.

After being temporarily wheelchair-bound, he first got into powerlifting ten years ago when he visited the gym to lose weight.

Judith said: ‘We wanted him to go on the treadmill but as soon as he went in he just wanted to do the weights.

‘A coach offered to train him and Dan absolutely took to it.

‘He likes that it’s repetitive. All the signals and commands are the same. He says the gym is his safe space.

‘His speech is bad but if you talk to him about powerlifting he will talk like anyone else.’

Dan’s powerlifting passion has even inspired his mum to start competing in the sport.

Impressively, Judith has now also won gold medals in her age category at the last Commonwealth Games in Canada and South Africa.