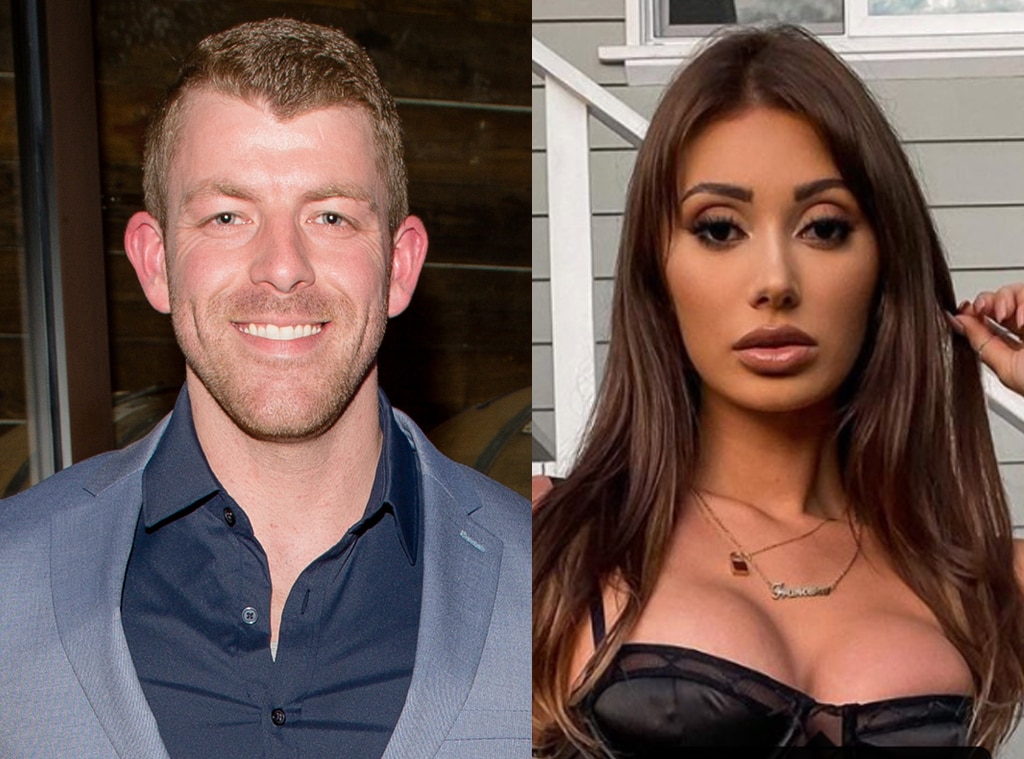 Damian Powers' may have been blind to love… but he can perfectly see the rumors floating around about him.

Recently, the Love Is Blind star made headlines after he was spotted hanging out with Too Hot to Handle's Francesca Farago. The two were seen leaving a restaurant in West Hollywood, Calif. on Tuesday, Aug. 25.

At one point, photographers captured Francesca holding onto Damian's arm, as they headed out onto the street. The two wore face masks and kept things low-key for their outing. The Too Hot to Handle star dressed in a lacy bralette that she paired with ripped jeans and sneakers. Damian opted for a black button-down shirt and khaki pants.

While Damian's girlfriend, Giannina Gibelli, was noticeably missing, he and Francesca weren't out alone. Damian uploaded several Instagram Stories that night, which showed he was with others, including his lawyer Alex Ion, TikTok star Mitchell Crawford and Raiane Macedo.

After the internet buzz, the Love Is Blind star is setting the record straight.

"Over the past week, I have been in L.A. with my attorney, Alex Ion, pursuing new projects and business ventures. Francesca and I both share the same attorney," Damian said in a statement to E! News.

"Alex arranged for both Francesca and I to meet with him for dinner at the Eveleigh in West Hollywood along with some of our other friends, including Mitchell Crawford and Raiane Macedo," Damian explained. "We all planned to leave the Eveleigh together in the same car. Francesca, Alex, Mitchell and Raiane all exited through a side entrance, while I exited through the main entrance of the Eveleigh."

He said that as soon as they left the hot spot, paparazzi were standing outside. "Francesca grabbed onto me in an attempt to shield herself from the paparazzi as our entire group entered the car," he said. "Francesca and I are not dating or romantically involved but remain friends."

As for Giannina? She appeared to enjoy a night in and shared a video of herself watching TV on her Instagram Stories.

As fans know, the Netflix couple had one unforgettable relationship on Love Is Blind. While the two did have a wedding, Damian got cold feet and admitted that he didn't want to marry Giannina when she reached the altar.

She had a runaway bride moment and dramatically ran out of the venue.

Soon after the series finale, though, the pair revealed that they were going to give their relationship another shot. But despite rekindling their romance, the two have made it clear that they aren't thinking about marriage just yet.

Although Damian has found love, Francesca is currently living that single life. Following her public breakup with Too Hot to Handle co-star Harry Jowsey, Francesca has been playing the field. She's been linked to Jersey Shore's Vinny Guadagnino and Australian model Casey Boonstra in recent months.