Louis Armstrong's Christmas hits have been put together in a special holiday album for the first time.

Verve Records and Universal Music Enterprises (UMe) have packaged 11 of the famous jazz singer's recordings in a "Louis Wishes You A Cool Yule" album, which is set to release on Oct. 28.

While Armstrong released several albums throughout his five-decade career as a trumpeter and vocalist, he never released an official Christmas album, according to Verve Records/UMe press release.

Instead, Armstrong released his holiday recordings as singles.

"Since his passing in 1971, Armstrong has become one of the most oft-played artists during the holiday season, his golden trumpet tone still able to cut through the din of even the most bustling shopping mall," Verve Records/UMe wrote, in a statement.

The record label is releasing the first-of-its-kind album in CD, digital and vinyl formats.

3. “I’ve Got My Love to Keep Me Warm” (performed with Ella Fitzgerald)

11. Reading of “A Visit from St. Nicholas” (performed with Sullivan Fortner’s piano accompaniment)

Well-known holiday classics like "White Christmas," "Baby, It’s Cold Outside" and "What A Wonderful World" are on the album.

The album's last track is a never-before-released recording of Armstrong reading Samuel Clement Moore's poem, "A Visit from St. Nicholas," which has been paired with a musical underbed from New Orleans pianist Sullivan Fortner.

WHAT THANKSGIVING, CHRISTMAS TRAVEL COULD COST YOU THIS YEAR

"The poignant recording marks the first new Louis Armstrong track in more than 20 years and is notable for being the last recording he ever made," Verve Records/UMe’s press release said. 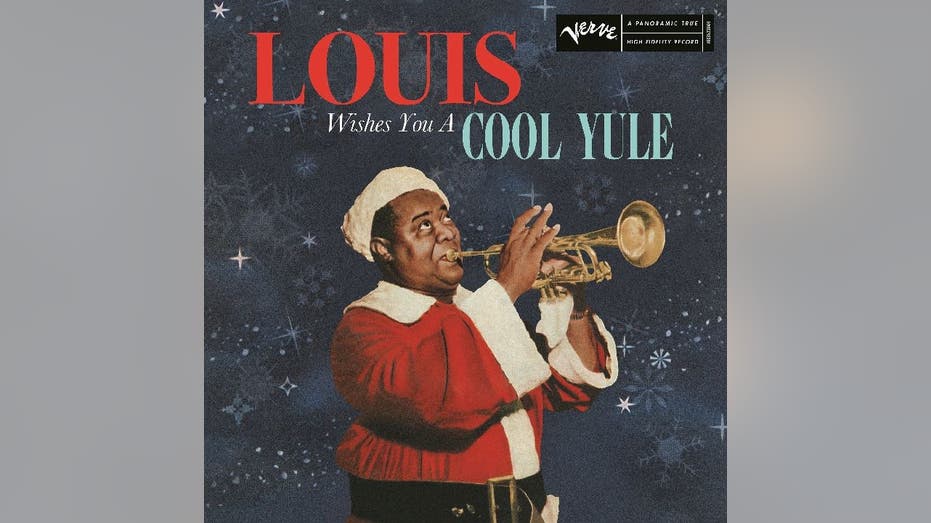 Verve Records/UMe is releasing a first-ever Christmas album of Louis Armstrong’s classic holiday hits. The album is titled “Louis Wishes You A Cool Yule” and it will become available on Oct. 28, 2022. (Verve Records/UMe / Fox News)

Pre-orders are currently being accepted on LouisArmstrong.lnk.to/LouisXmas – the online commerce page that’s connected to the Louis Armstrong Educational Foundation.

Fans can buy vinyl copies and merchandise from the foundation, place pre-orders on Center Stage, Amazon Music and the iTunes Store, or place pre-saves on Spotify and Deezer.

Verve Records/UMe cited research from Ricky Riccardi, a two-time Louis Armstrong biographer and Grammy-award-winning writer, who said the accomplished singer-trumpeter had a soft spot for Christmas after he married his wife, Lucille Wilson.

"With the holidays approaching, Lucille bought a small Christmas tree and set it up in their hotel room," Riccardi wrote, in one of his biographies.

"Louis refused to let Lucille take it down and insisted they take it with them on the rest of the tour," Riccardi aded. "The Armstrongs would continue this tradition, Lucille later remarking that they continued setting up 'a table tree and holiday fixings in whatever hotel in whatever country we happen to be in.'"