So Many Surprises! All the Most Memorable ‘SNL’ Cameos Through the Years

“Yeah, I’m not sure it’s true,” the former Denver Broncos football player, 45, told “Weekend Update” cohost Colin Jost about Brady’s potential retirement during the Saturday, January 29, episode. “I think it’s probably just speculation. But if it were me, I probably would retire, too, if it gave me more time to watch Emily in Paris. I really think for Tom right now, it’s just a tough decision between balancing his career and relationships, sort of like Emily.”

Manning continued: “Sure, watching football was the safe thing to do. That’s what everyone expected me to do, but if I’ve learned anything from Emily, it’s to follow my passions and always be true to myself.” 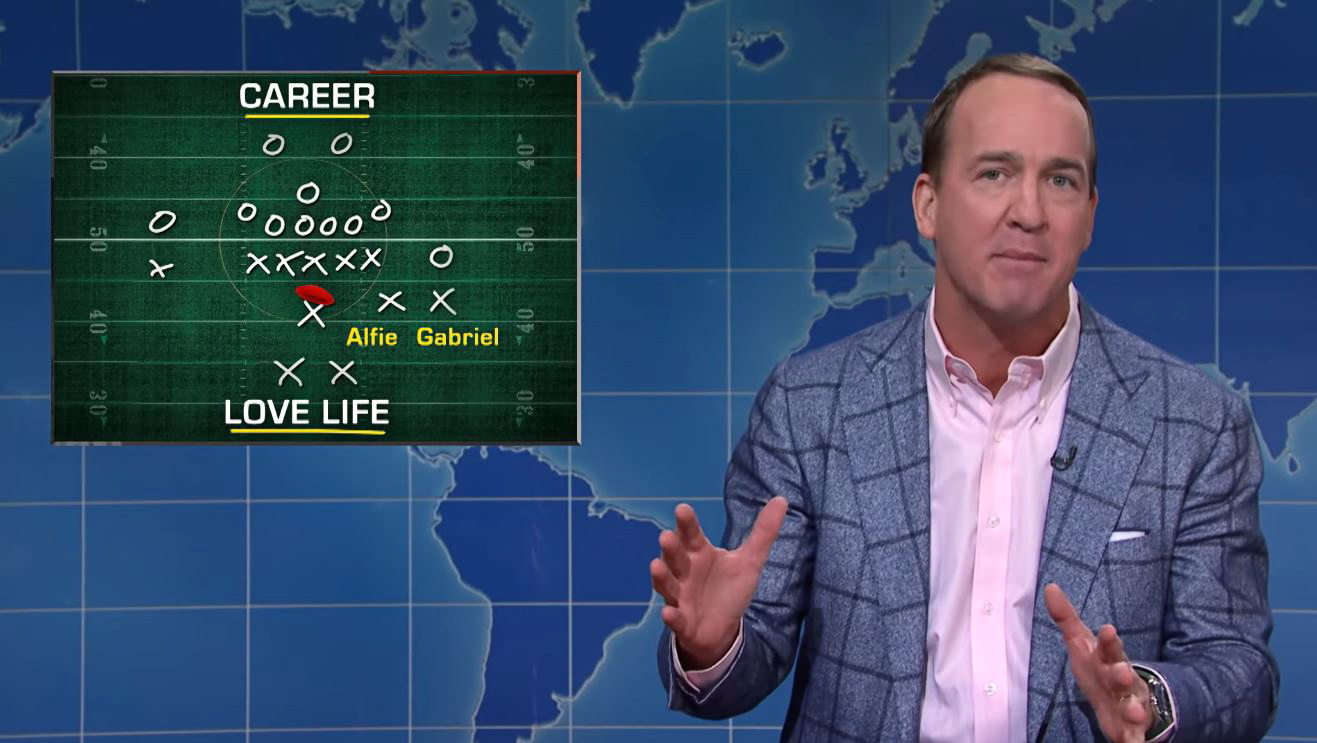 Elsewhere in the segment, the Tom & Jerry actor, 39, asked Manning if he watched the NFL’s playoff matchups earlier this week. However, the timing of the games conflicted with his recent TV binge.

“I heard they were incredible,” the Louisiana native quipped on Saturday. “Yeah, sounds like all the teams did a great job. Lots of passing and all the touchdowns were in the end zone. … Well, I planned to [watch the matchups], but I had an hour to kill before the first game, so just for fun, I put on the first episode of Emily in Paris Season 2, and I watched the entire season straight through.”

Everything Tom Brady, Gisele Bundchen Have Said About His NFL Retirement

The post has since been deleted and Brady’s agent later confirmed that no official announcement has been made.

“I understand the advance speculation about Tom’s future,” agent Don Yee said via a statement to The Hollywood Reporter. “Without getting into the accuracy or inaccuracy of what’s being reported, Tom will be the only person to express his plans with complete accuracy. He knows the realities of the football business and planning calendar as well as anybody, so that should be soon.”

Emily in Paris, for its part, returned for a second season in December 2021 where fans saw Emily (Lily Collins) once again navigating her blossoming marketing career amid her confusing love life. Seasons three and four were renewed earlier this month.

For more, watch the clip above!