Liz Jones’s Diary: The lessons I learned from my sister 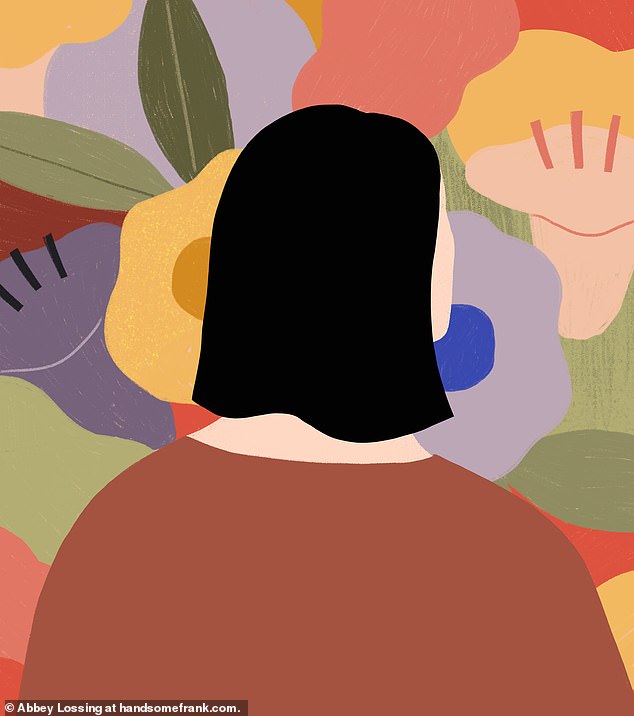 If only her beauty had landed someone to look after her

For the past ten years, every time I woke up, I was filled with dread. I’d make a mental list of all the challenges. But, for the past few weeks, I’ve scrabbled around for something to worry about, only to come up with nothing. I have a lovely, warm home. I’m so overwhelmed with work I’m turning down assignments. I have the prospect of a nice, normal boyfriend – he messaged the following earlier this week: ‘I haven’t stopped thinking about you since our first date. You are a lot more than just looks. x.’ I’m debt free. I’m about to order a Miele washing machine from John Lewis. Restaurants are open. Gracie no longer wees indoors.

And then. I woke this morning to an email from Tom, my nephew in Sydney, with news about my sister Lyn. She has been rushed to hospital. She’s in pain. Surgery would kill her and, anyway, she has asked not to have extreme measures. The doctors are making her comfortable. We all know what that means. He writes: ‘I know she’s accepted the situation and understands what’s going to happen, and she’s all right with it. Considering the amount of health issues she’s had to go through over the years, I don’t blame her.’

I wish Tom had known Lynnie when she was young. She was so beautiful, with a retroussé nose, long legs. Her first job after school was in the knitting department of Dickins & Jones. It was the Swinging 60s, and she’d come home every evening clutching Rolling Stones and Beatles magazines. In the 70s, she became a hippie, learning to play guitar, pursued by an endless queue of, as my dad called them, ‘long-haired layabouts’.

As a teenager I visited her in her bedsit off Wimpole Street in London: she was by then working in intensive care at the National Heart Hospital. The surgeons fell in love with her, but she was a girl’s girl, making everyone on the ward laugh. But the job took its toll, and she took to going to the pub after each shift to cope with the nightly cracking open of chests, the long hours, the low pay. She craved a husband and children, so when a much younger Aussie backpacker asked her to marry him, she said yes then moved to Australia with him.

She spent her first pregnancy flat on her back so as not to lose her baby. When she did lose him – aged 21, he finally succumbed to leukaemia – she was never the same again. Not long after he died, she braved a trip to England. I set her up in my London flat for a bit. Back in Yorkshire, I got a call late at night from a number I didn’t recognise. It was from a doctor. He had found my sister wandering the streets, unable to remember where she was staying. Luckily, she had my mobile number on her. Typical Lynnie. As a student, I’d often visit, and we’d venture into Central London, only for her to get to Oxford Street and say, ‘Now, which way is Debenhams?’

If only her beauty had landed someone to look after her. She thought she was so lucky, coming of age in the late 60s, but that merely meant she was discarded. Seeing Lynnie’s heartache meant I was too worried as a teenager to have anything to do with boys. I was determined to earn my own living, never rely on a man.

One afternoon sticks in my mind. I was still at school and had taken the train up from Essex to see her. She opened the door to her bedsit, and it was clear from her expression she had forgotten I was coming. It was mid-afternoon. Her bed was unmade, still warm from a visitor. She was part ashamed, part elated.

I’ve been watching The Pursuit of Love. Lynnie was just like Lily James’s Linda: optimistic, arms full of flowers, desperate for guests to leave before a man arrived at 6pm to sweep her off her feet, again.

Where are the men now, I wonder, in her hour of need?

Join Liz and her trusty (long-suffering) assistant Nicola as they dissect her weekly YOU magazine diary and delve into the archives to relive the bust-ups, betrayals, bullets… and much more in this brilliant podcast. They’re outspoken, outrageous and utterly hilarious. Listen now on Apple Podcasts, Spotify, Google Podcasts and mailplus.co.uk