Kanye West expected to make a surprise appearance at VMAs 2021

The moments that made us fall ‘Crazy in love’ with Beyoncé

Lil Nas X hit the red carpet for the 2021 VMAs rocking a mullet and cradling his “baby bump.”

The “Industry Baby” singer, 22, seemingly channeled Prince with his all-purple ensemble by Atelier Versace, which featured sparkling pants and an off-the-shoulder coat with a sweeping train.

It’s not the first time he’s nodded to the “Purple Rain” singer with his award show style, as he sported an ‘80s-inspired snakeskin Gucci suit at the 2021 Billboard Music Awards.

This time around, Twitter users also likened his mullet to late musician Rick James, with one writing, “If Billy Porter and Rick James had a baby *enter Lil Nas X.” 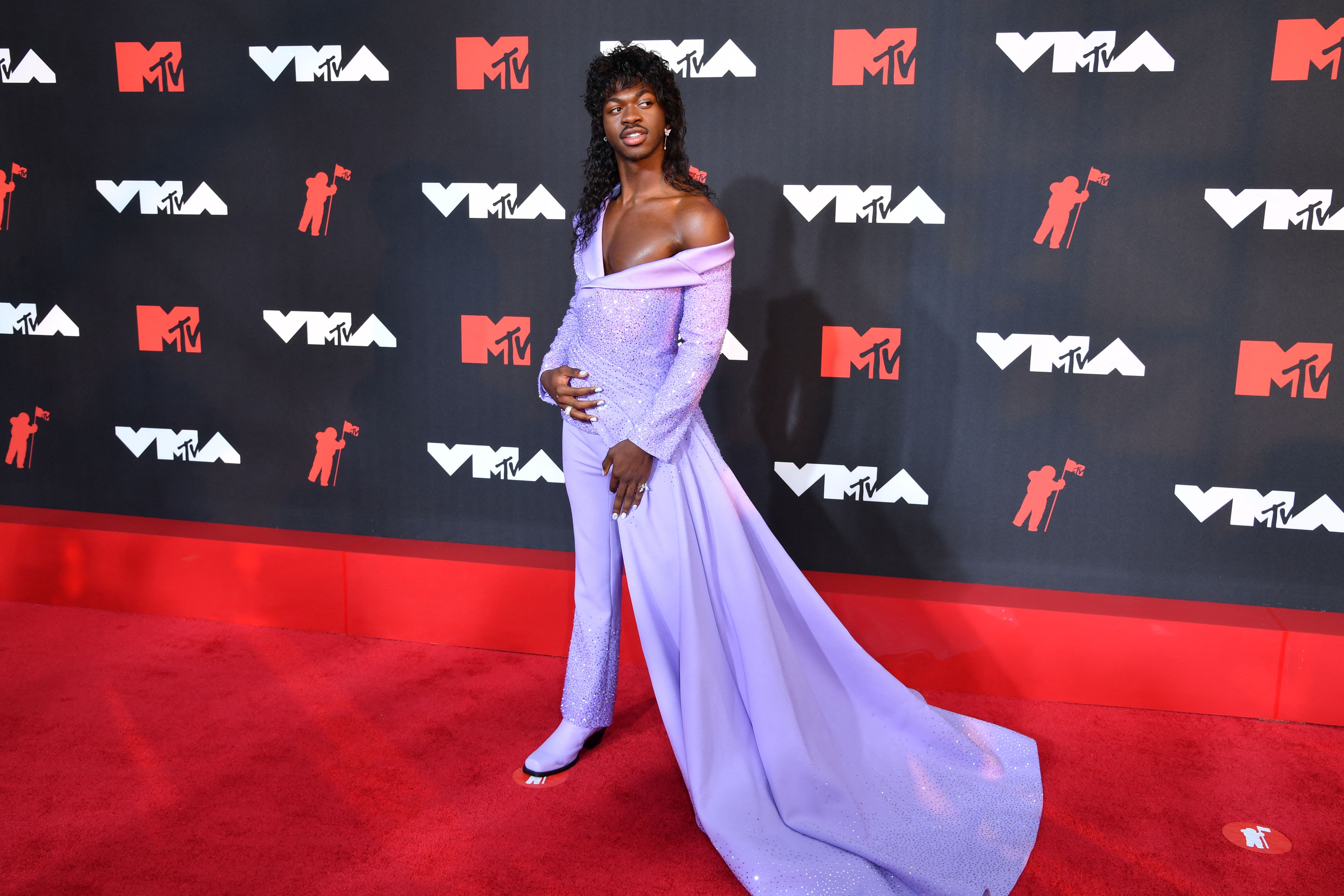 The star debuted his “baby bump” earlier in the month by posting a “pregnancy announcement” to tease his upcoming album, “Montero.”

He’s up for five trophies at the VMAs this year, including a nod for the top prize of the night, Video of the Year, for his much-discussed “Montero (Call Me By Your Name)” video.

The raunchy video — in which he gives Satan a lap dance — is also up for Best Art Direction, Video for Good, Best Visual Effects and Best Direction. 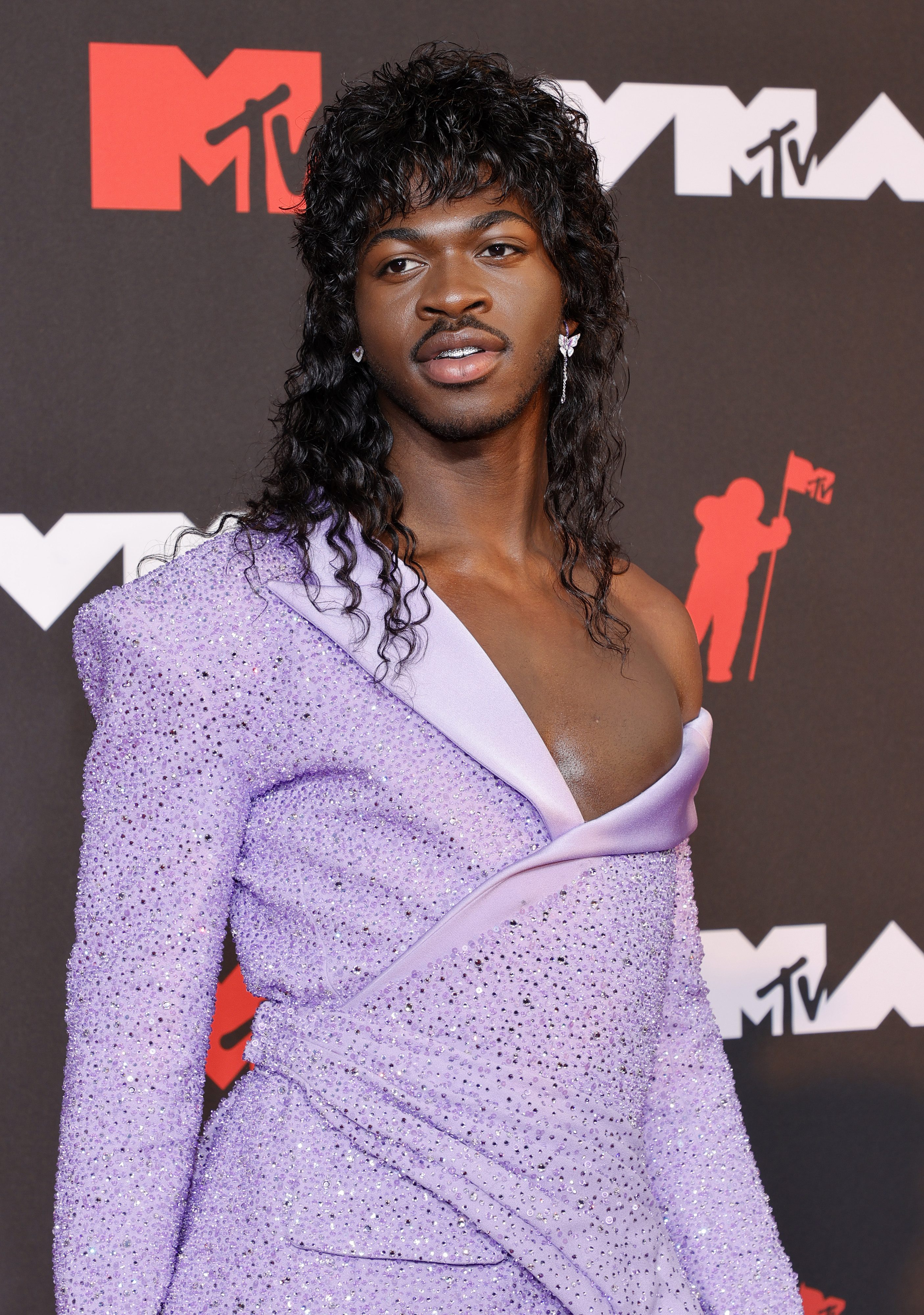 In the wake of its controversial reception in March, Lil Nas X doubled down on the video’s demonic theme, famously partnering with MSCHF to sell “Satan Shoes” featuring a drop of real human blood. While the 666 pairs of shoes flew off the shelves in under a minute, Nike denied their involvement with the devilish kicks, suing the Brooklyn company for copyright infringement and calling for the sneakers to be destroyed.

The “Panini” hitmaker created another Satan-inspired style following the lawsuit, instead collaborating on a line of t-shirts featuring cheeky phrases.

Lil Nas X is also set to perform at tonight’s award show with “Industry Baby” collaborator Jack Harlow. Given his past performances have involved on-stage smooches and accidentally splitting his pants while pole dancing, it’s safe to say his red carpet look won’t be the only thing sending the internet atwitter.