A large group of water researchers has been accused of acting like a consulting consortium in its support of the $13 billion Murray-Darling Basin Plan, a stance that they and the federal agency overseeing the scheme reject.

The claims that two dozen-plus researchers were subject to “administrative capture” by the Murray-Darling Basin Authority and other government funders were made in a peer-reviewed article published recently by the Australasian Journal of Water Resources. 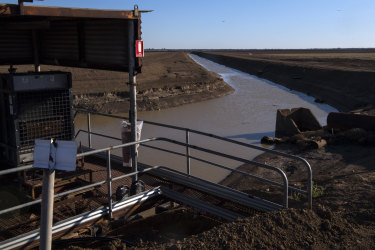 Channelling debate? A new paper says a large core of researchers have been ‘captured’ by government, a claim they reject.Credit:Nick Moir

The paper’s three authors, all at the Australian National University, used network analysis to identify links and funding disclosures of signatories to an unusual open letter in 2019. That letter supported existing Basin Plan operations and sought to counter what they called “superficial and sensationalist stories” in the media.

The paper said it wanted to “highlight the dangers to the public interest of ‘administrative capture’ of science, whereby scientists are incentivised to narrow or close down the scientific questions asked, the debates on evidence and the scientific dialogue so to support predetermined policy actions”.

Matt Colloff, the paper’s lead author and a former CSIRO scientist who has been critical of the Basin Plan’s targets for cutting extraction by irrigators, said the reliance of agency funding left researchers vulnerable.

“We see it as an increasing trend of policy interference,” Dr Colloff said. Agencies such as the Murray-Darling Basin Authority [MDBA] “are trying to get people who can narrow or corral the debate”.

Discussions about the science underpinning water savings targets are likely to become even more contested ahead of the scheduled 2024 review and 2026 reset of the Basin Plan. Some scientists say actual water savings could fall 40 per cent or more below the target even before climate change is factored in, prompting forced buybacks or other savings that will be imposed on communities.

Rob Vertessy, a former head of the Bureau of Meteorology and the lead signatory of the open letter, said “an active riposte is on the way” to the journal paper. He strongly rejects the claims researchers had been “captured”.

“It’s a bit egregious and reminds me of the anti-climate change [brigade],” said Mr Vertessy, now an Enterprise Professor for water resources at the University of Melbourne. The paper suggests that “if you’re paid for your work, it’s invalid or somehow suspect”.

Professor Vertessy said “institutions have become more interested and asserted more control over public commentary” of the scientists’ work. Even so, it was naive to think difficult policies could be implemented unless communities were closely included in discussions.

“We think the best way is to work with policymakers and affected stakeholders,” he said.

The paper’s release also prompted some pushback on social media, including from Ross Thompson, a University of Canberra researcher who had signed the open letter.

Angus Houston, chair of the Murray-Darling Basin Authority, also rejected the paper, saying the authority was independent of any interest group and its role was “to consider the best available science, feedback from the community, and use its expert judgment to oversee the Basin Plan”. 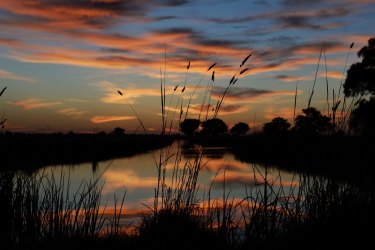 An irrigation canal near Jerilderie, a NSW region of the Murray-Darling Basin. Scientists appear to be increasingly divided over the future of water within the country’s food bowl.Credit:Nick Moir

“We work with a broad range of scientists from diverse institutions, including government, we subject our work to independent review, and we routinely publish findings for scrutiny,” Sir Angus said.

John Williams, another of the paper’s authors said, said the research was not meant as a witch hunt, but the risk was to leave an impression that “you just buy the science you want”.

“It’s a subtle process that happens little by little until the door is closed,” he said. “We need to have a mechanism so the public knows it’s been open to a proper scientific process.”

Maryanne Slattery, a formerly an Authority staffer now private consultant, said “there are now two clear camps” among researchers. Just one of the letter signatories, for instance, had made submissions to the South Australian Royal Commission into the Murray-Darling plan.

“Academia is in a really difficult position in its reliance on government,” Ms Slattery said. “People’s careers rely on it, and also their post-careers” with appointments to boards and other advisory committees.

Research done for the agency was at risk of distortion because the Authority set the terms of reference, chose the scientists and typically edited the findings before publication, she said.