Atiana De La Hoya has plenty of home movies from her childhood — only they were shot by MTV. 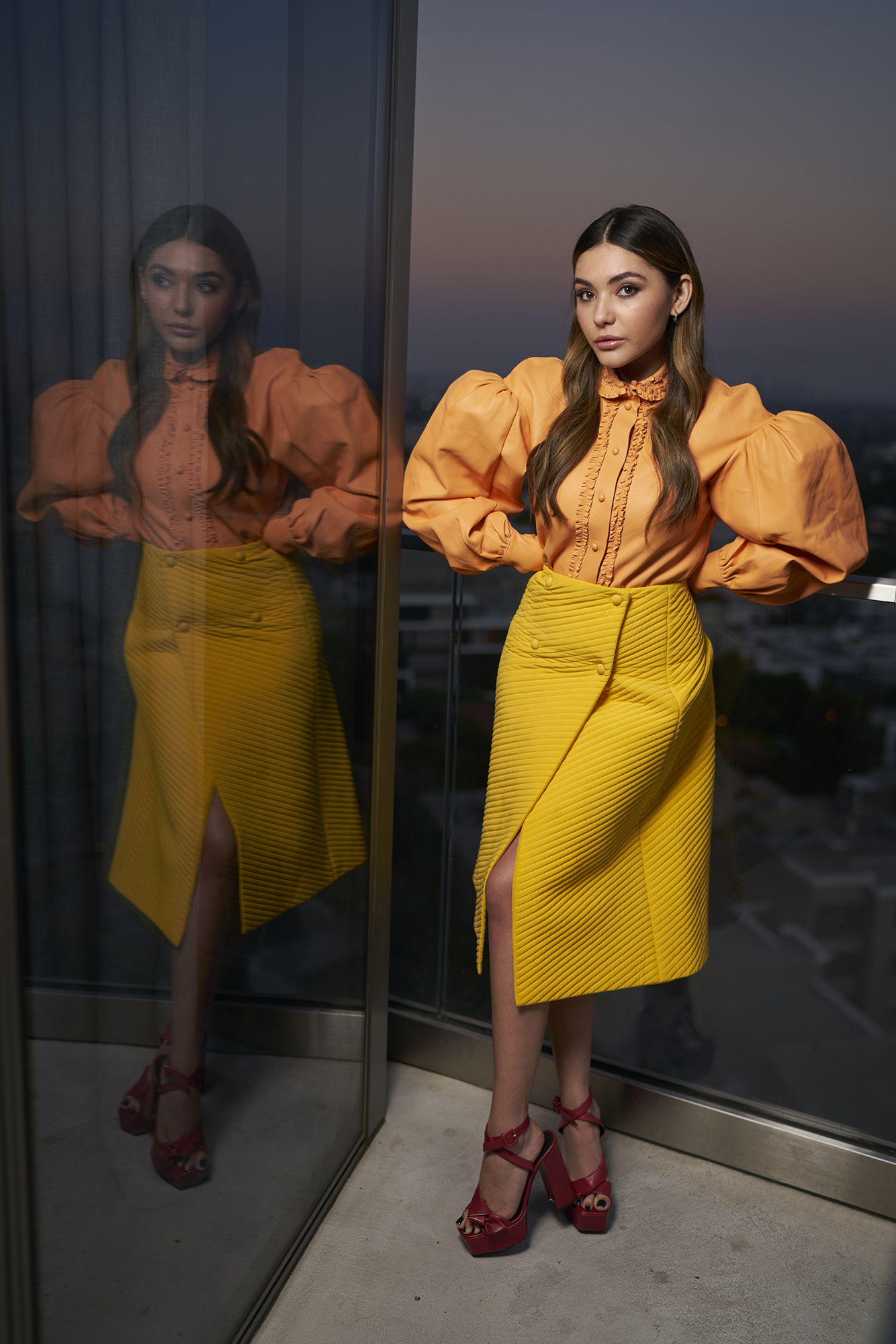 From 2005 to 2006, she and her family — including her mom, former Miss USA and Playboy model Shanna Moakler; stepdad Travis Barker, drummer for the band Blink-182; and half-siblings Landon and Alabama — starred in a reality show called “Meet the Barkers.”

“It was like, ‘There are going to be people in the house, pretend that they’re not there,’ ” Atiana recalled being told. “And they truly did just follow us around. I feel like reality TV is so different now than it was back then.”

Because she was only 7 years old at the time, “It’s definitely nice to [watch episodes now], because I was so little I don’t remember a lot,” Atiana said. “It’s something I cherish.”

Lately, the 21-year-old — whose father is boxing legend Oscar De La Hoya — has really found her own place in Hollywood, apart from her high-profile family’s careers.

“I am so unathletic. I am not good with music,” she told The Post. “But any way that I can visually express myself, I’m there.” 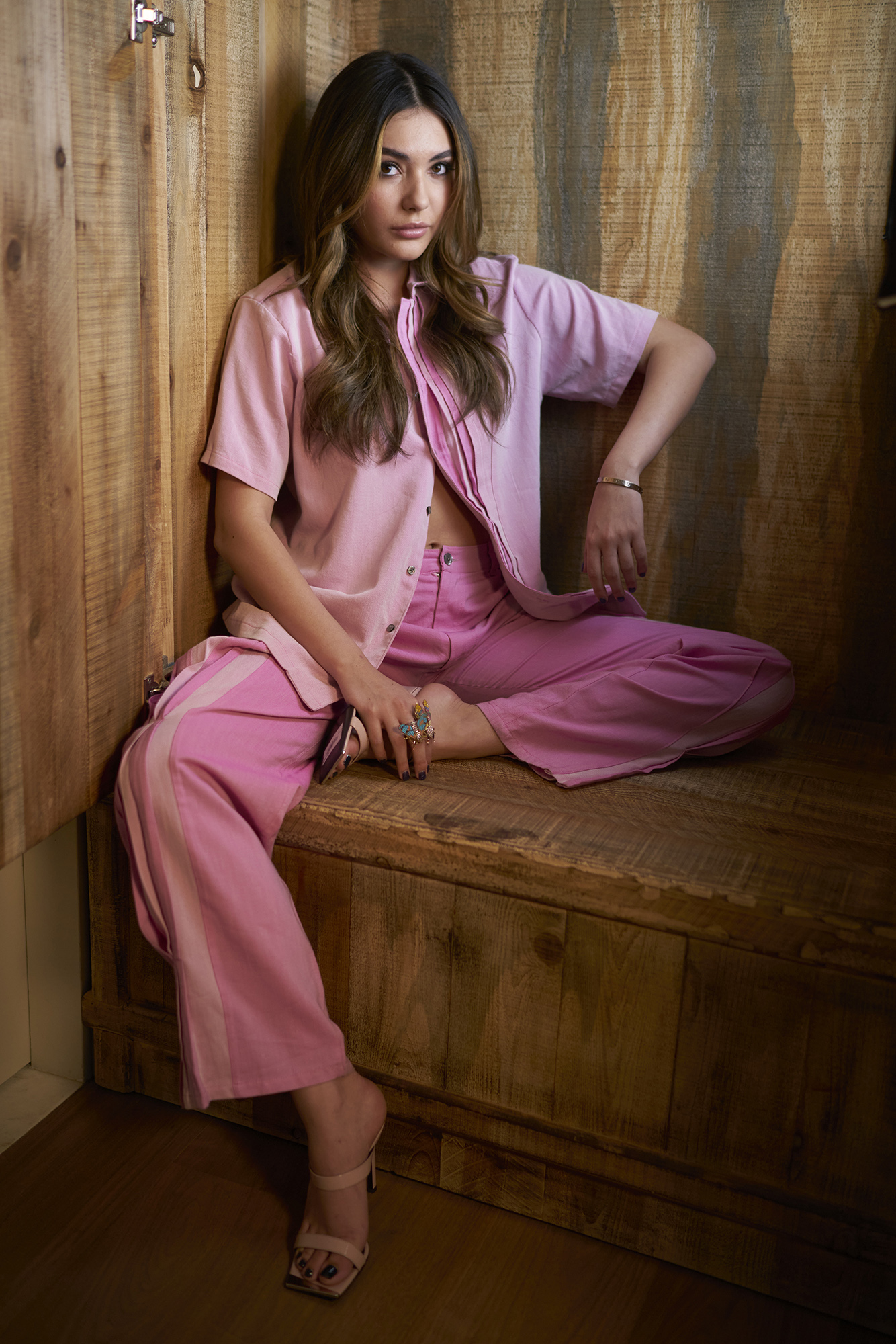 In 2019, the young artist began painting on luxury handbags and accessories in an effort to come up with a unique Christmas gift.

It turned out so well that she began selling the work on her Instagram account @artbyatiana, where she also posts photos of the custom pieces she’s created for Barker and other music stars including Machine Gun Kelly and Yungblud.

“It’s very outer space inspired,” Atiana said of her artistic style, which tends to feature hot pink three-eyed aliens, UFOs, eyeballs and skulls. “I would describe the style that I have at the moment as really doodle-y. Whatever comes into my head. Anyone that’s open to letting me scribble on their bag, I’m more than happy to do so.”

But the Los Angeles resident is not yet ruling out anything. “Painting, drawing, digital art, sculpture — I’m still trying to find out what’s my thing,” she said.

She’s also recently reignited the modeling career she dropped as a teenager. “I was modeling when I was 14 and getting into it, and by the time I was in high school I just wanted to hang out with friends. I didn’t want to have a career or work,” Atiana said. 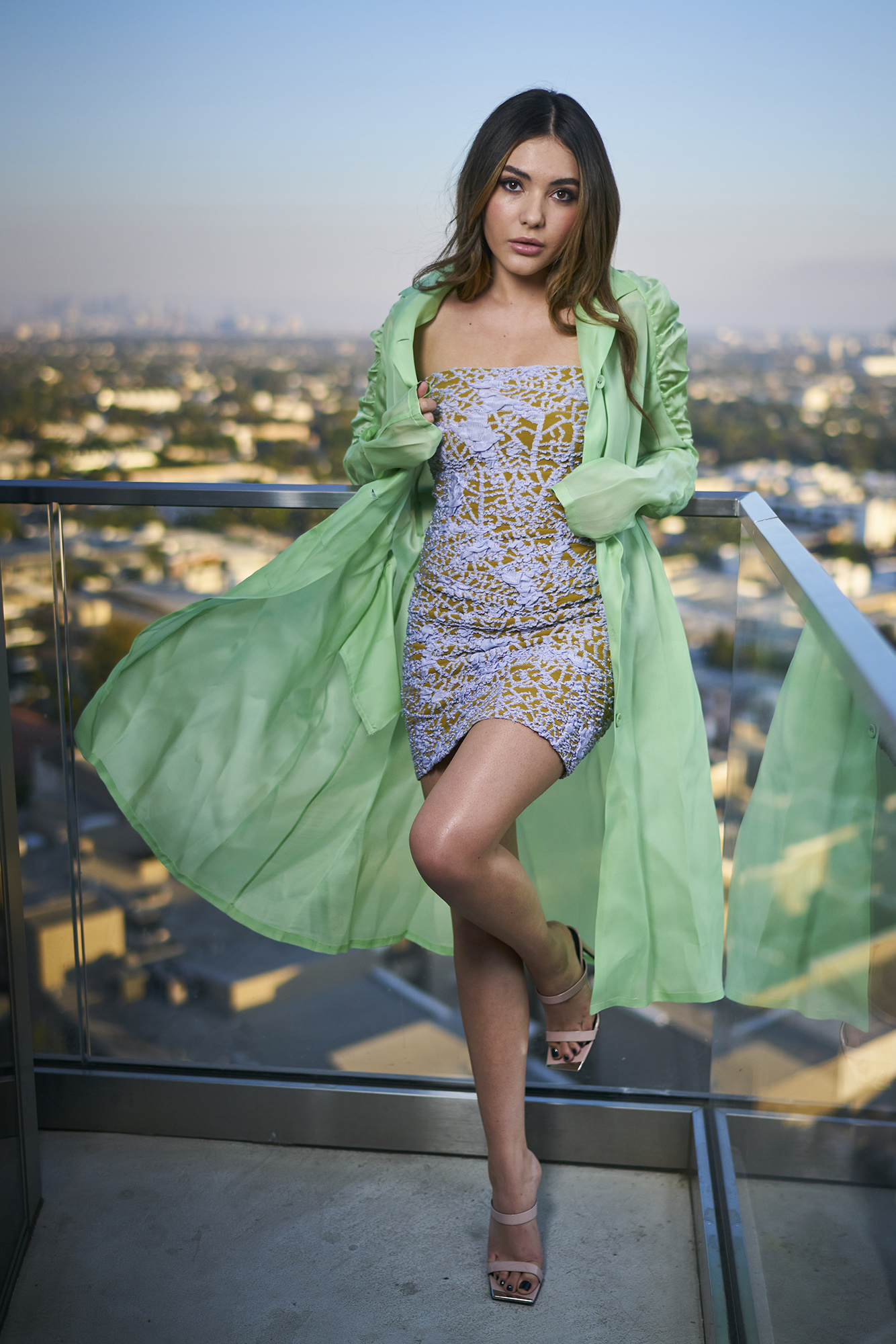 Now, after signing with the agency LA Models, “I’m excited to get things going.”

Atiana said she had a “very normal” childhood, despite her parents’ ugly split. In 2000, when Atiana was not even a year old, Moakler watched the Latin Grammy Awards in shock, seeing her fiancé and baby daddy, Oscar, with another woman as his date. Later that year, she sued the boxer for $62.5 million in palimony. It was a messy situation that received lots of ink. But in 2017, the former couple got together for Atiana’s graduation ceremony.

When Moakler and Barker split  in 2006, they also feuded publicly — with him calling her lazy and accusing her of infidelity. In 2008, they reunited after Barker narrowly survived a plane crash that killed the four other passengers. The rekindled romance didn’t even last long enough for him to get out of the hospital, with each side claiming the other had cheated. Over the next few years they continued the tumultuous on-again-off-again cycle, complete with alleged death threats and claims of guns and drug use.

Still, the adults mostly managed to shield Atiana and her siblings from all that very public ugliness. “It was normal. I grew up like any other kid, I guess,” she said of her childhood.

“I would see all of them pretty equally.” Today she is still incredibly close to Barker as well as de la Hoya and Moakler. She has spent quarantine time with her mom, siblings and former stepdad. 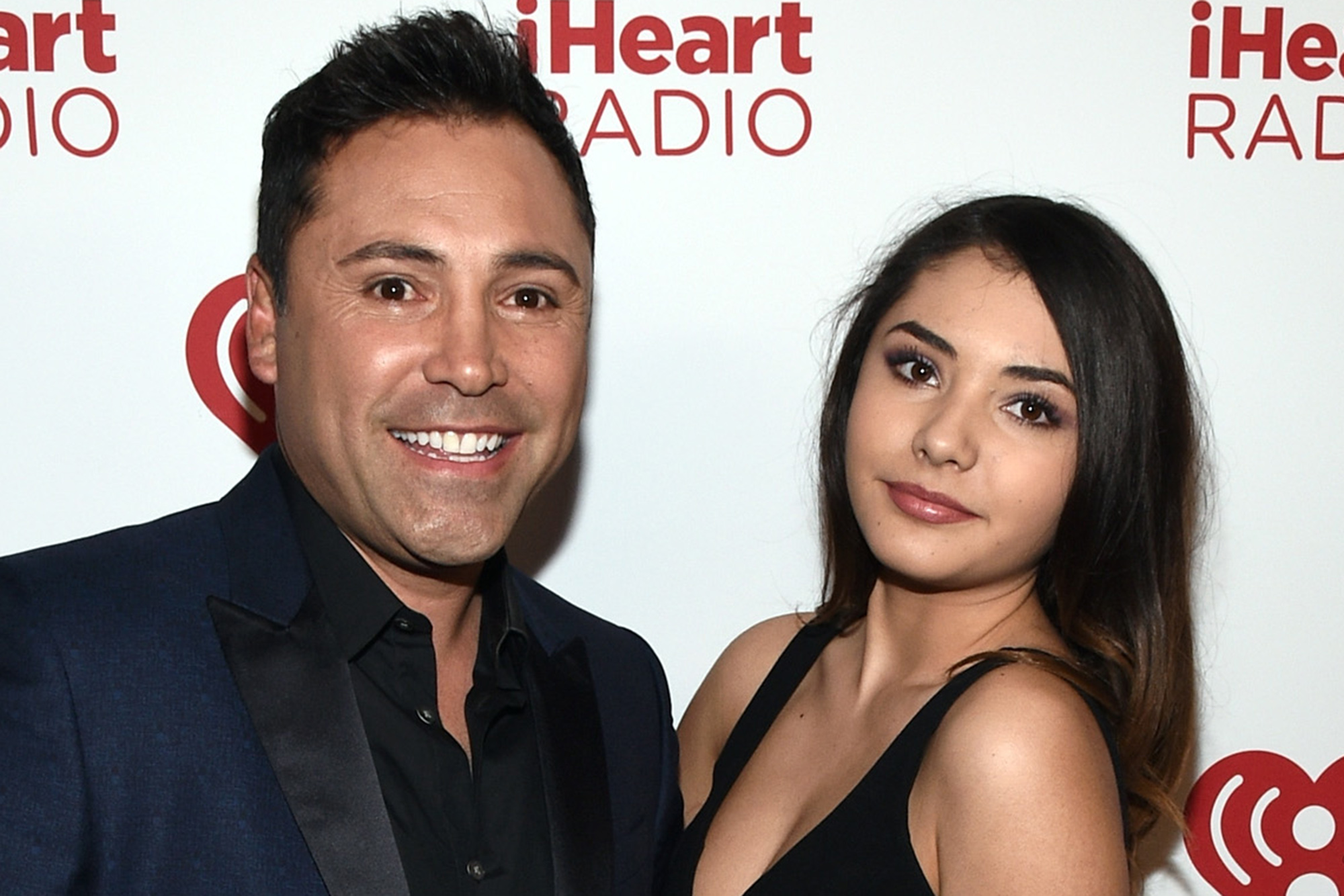 “I’m a really independent person,” Atiana said. “All my parents are so supportive of anything I do. Any issue I have or any advice I need, I’m always going to have that support.”

She’s also found a community on Instagram, where she has 151,000 followers. As someone who grew up on a reality show and knows firsthand how fake Hollywood can be, Atiana has decided to rebel against artifice. Late last year she posted a story about being upset that so many people were using filters to make themselves look more attractive. 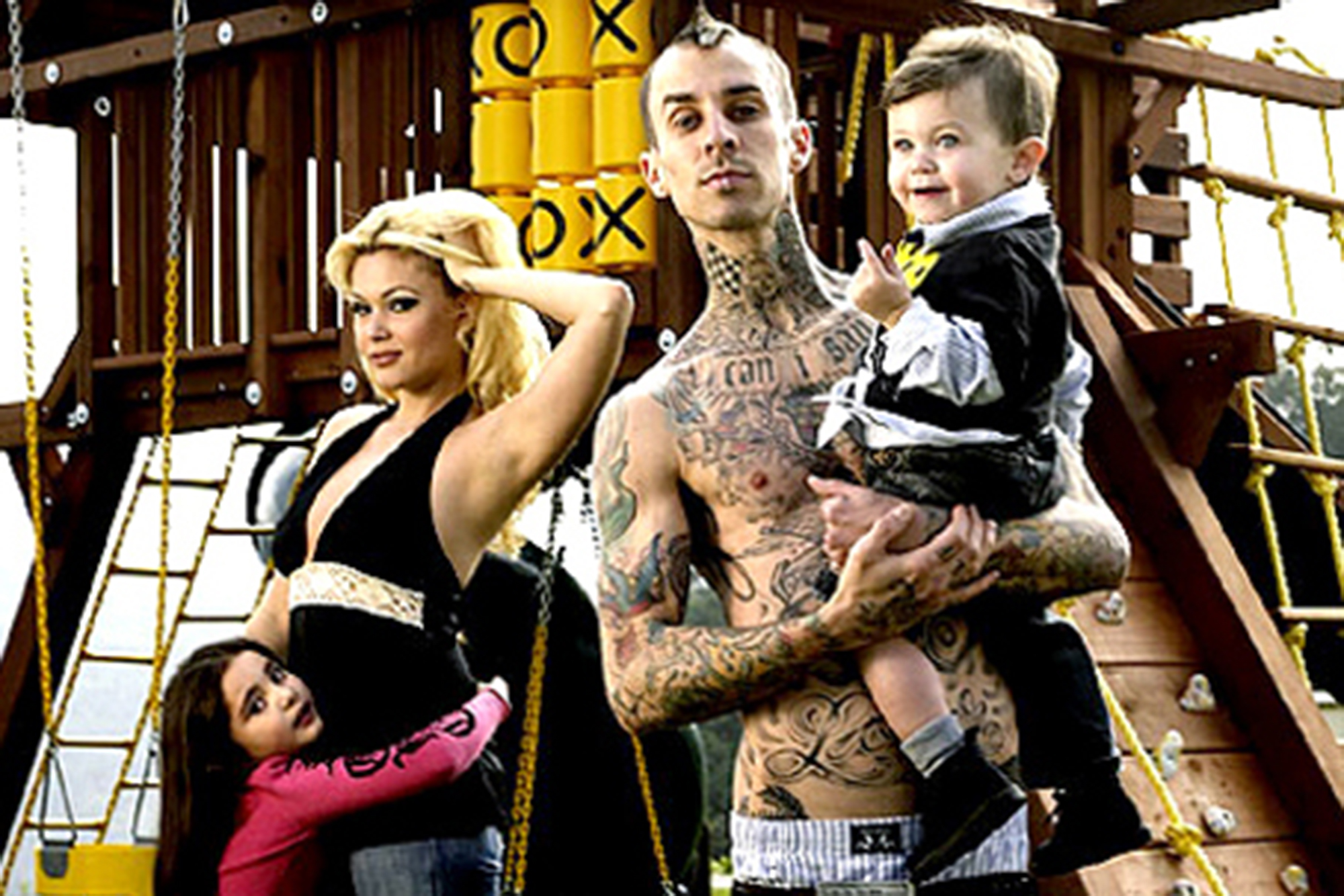 “I decided I’m not going to post stories with filters on,” she said, acknowledging that  is easier said than done. “Since I made that vow I realized how much I rely on them to feel good about myself. It’s ­really harmful.” Though she still edits the photos she posts to her feed, she’s trying to be more mindful.

“I’m trying to detach from overthinking about what I look like,” she said. “I’m slowly just starting to learn: I am myself, people can take it or leave it.”