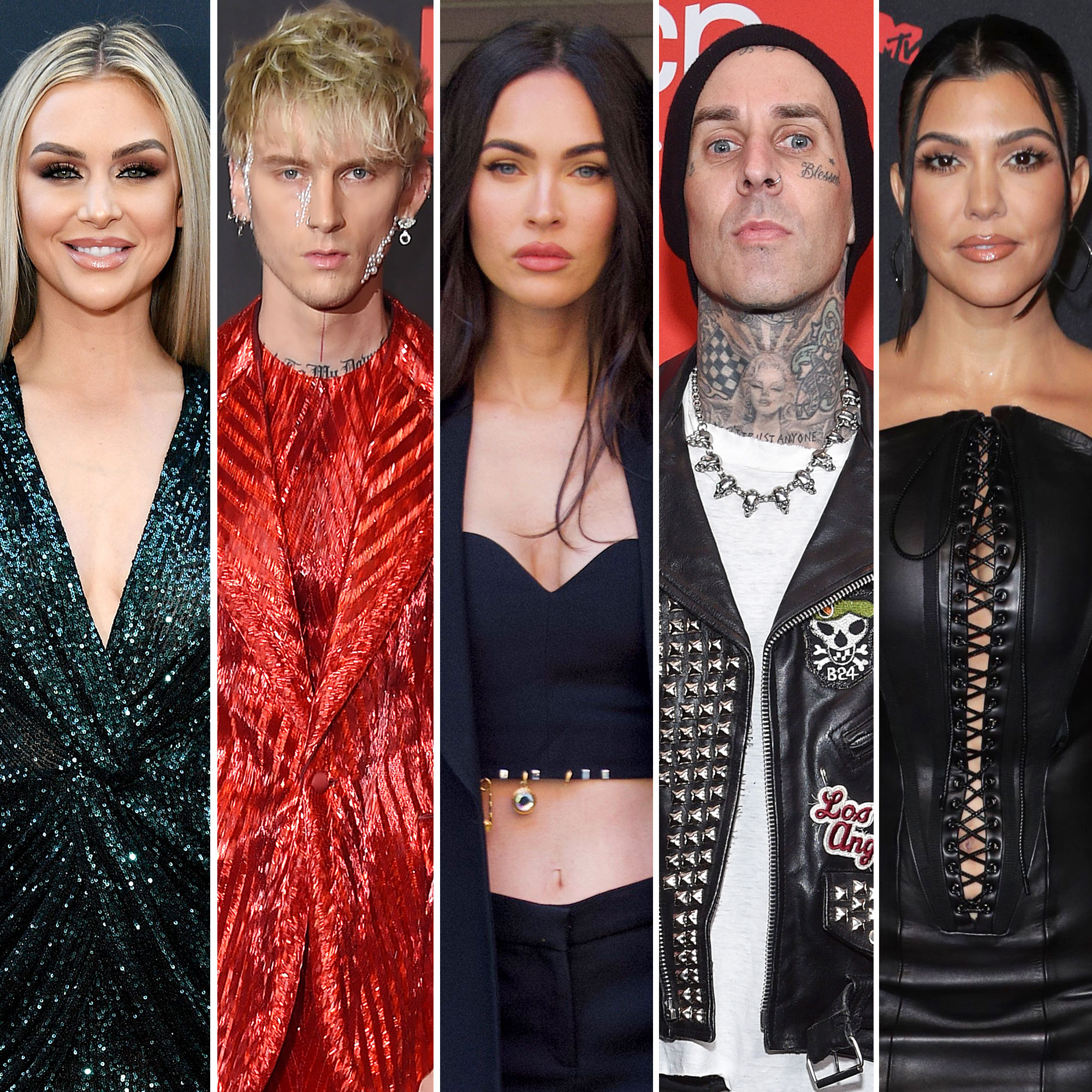 Taking a break? Although Lala Kent and Randall Emmett initially formed a friendship with Machine Gun Kelly and Megan Fox on the set of Midnight in the Switchgrass, the reality star broke down why she felt that the bond didn’t last long.

Lala Kent and Randall Emmett: A Timeline of Their Relationship

“I don’t think [Machine Gun Kelly] likes being attached. They came out as a couple on our podcast and I think it sounded fun,” Kent, 31, shared on Watch What Happens Live With Andy Cohen on Tuesday, October 5.

The Vanderpump Rules star explained that they asked Kelly, 31, and Fox, 35, several times whether they wanted to go public with their relationship during their first joint interview on her podcast with Emmett, 50.

“We asked them a million times, ‘Do you want us to cut this out?’ They said, ’No. Leave it in. Who cares?’” she recalled. “And then all of the sudden every article that’s written goes right back to ‘on Lala Kent and Randall Emmett’s podcast.’”

When host Andy Cohen pointed out that outlets always give credit to the place where an interview originated, Kent noted that she doesn’t think the musician wanted to be associated with them.

“Well, they want to be more like — they want to be hanging with Kourtney Kardashian and Travis Barker, rather than Lala Kent and Randall Emmett,” the Give Them Lala author joked on Tuesday.

During their episode of the “Give Them Lala … With Randall” podcast, Fox and Kelly opened up about how they formed a connection on the set of Emmett’s directorial debut, which began filming last year.

“I knew right away that he was what I call a twin flame,” the Jennifer’s Body star said in July 2020. “Instead of a soul mate, a twin flame is actually where a soul has ascended into a high enough level that it can be split into two different bodies at the same time. So we’re actually two halves of the same soul, I think. And I said that to him almost immediately, because I felt it right away.”

The “Bloody Valentine” artist, for his part, admitted that he was “waiting outside on my trailer steps, every day … to catch one glimpse of eye contact” with the actress.

“She would have to get out of her car. There were like, five steps between the car and the trailer,” he recalled at the time, one month after Us Weekly confirmed their romance. “And I would just sit there and hope.”

Fox and Kelly continued to spend time with Kent and Emmett after collaborating together, but the rapper later made headlines for seemingly dissing the movie, which hit theaters in July.

“I’m an actor in a film. That means I don’t name s–t. I don’t have anything to do with production. I’m not the director and it’s not my film. I’m just the actor. I would never act in something that I didn’t believe in except …” Kelly said during an Instagram Live at the time. The New Girl alum was heard laughing in the background before stopping her boyfriend from saying anything else.

Later that month, Kelly appeared to throw more shade when he tweeted, “If i don’t talk or tweet about a movie i’m barely in it’s because it’s [trash emoji].”

The musician has since apologized for his comments, Kent revealed on Tuesday.

“I thought the tweet was extremely mean,” the Utah native said on WWHL. “Save the mean stuff like that for us reality TV stars. But he did send Randall a text that said that he apologizes and the movie was great so he redeemed himself.”

Meanwhile, Fox and Kelly have continued to grow closer to Kardashian, 42, and Barker, 45, after they were spotted on several double dates together.

“Megan and Kourtney have grown closer as friends over the last two months. They act like best friends when they’re together,” a source exclusively told Us last month. “Kourtney has been spending more time with Megan than some of her sisters. It’s mainly because she and Travis are inseparable, and Travis and Machine Gun Kelly are very close, so usually they bring along their girlfriends to hang out with them.”