When federal Labor MP Peter Khalil first decided he wanted a career in politics, he says he was repeatedly told that his Egyptian heritage, including his name and appearance, would prevent him from winning a federal seat.

“People in the [Labor] Party, senior people, told me to shave my goatee because they said I looked like a terrorist. They said my name was too ethnic,” he told The Age. 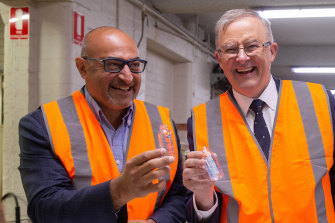 Peter Khalil at a factory in Brunswick earlier this year with federal leader Anthony Albanese,Credit:Sarah Matray

Mr Khalil has been the member for the federal seat of Wills in Melbourne’s north since 2016 and is now challenging the claim, made by countless politicians, that Australia is the most successful multicultural country in the world.

“There is an Anglo boys club that dominates politics, let’s be honest about that,” Mr Khalil told The Age. 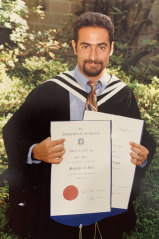 Mr Khalil has a law degree from Melbourne university.

Concerned that political parties – including his own – often take advantage of ethnic communities while ensuring they are kept from the halls of power, Mr Khalil has written an essay for the UNSW Law Society’s social justice journal, detailing the systemic racism he believes is holding Australia back.

“Ethnic communities tend to be utilised in one way, either through branch stacking or they are put up as candidates in unwinnable seats,” he said.

Labor’s decision to parachute Kristina Keneally into the seat of Fowler in NSW ahead of a local candidate of Vietnamese heritage is just one recent example of the party sidelining non-white candidates.

“I had success and I punched through, but if it was all about merit, some of us would be far ahead of where we are now,” Mr Khalil said.

As part of his research, Mr Khalil discovered Australians with Asian, Pacific Islander, Middle Eastern, South American, North African and African background, made up 21 per cent of the Australian population, but just 4 per cent of Federal Parliament.

In contrast, there is an over-representation of Anglo-Celtic parliamentarians at 78.1 per cent, despite that ethnic grouping making up about 58 per cent of Australia’s population. 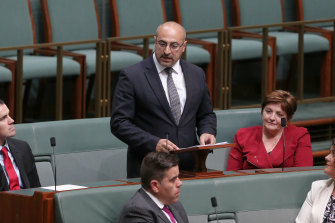 “This under-representation [of minorities] is even worse in the federal ministry and among the leadership ranks of the state and federal public service,” Mr Khalil said.

Mr Khalil believes there is “a growing acknowledgment” that the demographics of political parties, are out of step with the broader population.

For many years Mr Khalil, 48, says he tried to avoid the “victim narrative”. He did not want to acknowledge how his own experience of racism at school, in sport and during his career, affected his life.

His decision to finally speak out about his own experience with racism comes amid a deepening corruption scandal enveloping the Victorian branch of the ALP that has revealed startling allegations about the way different factions tried to recruit ethnic members, including the Turkish and Vietnamese communities, for their own gain.

Mr Khalil’s essay, which is published in the Court of Conscience journal, argues that while there might be broad public support and goodwill for multiculturalism, it does not translate to the everyday experience of non-Indigenous people of colour, including his own.

Mr Khalil, who was first elected in 2016, faced frequent racist taunts at school and on the football field, but said his instinct was “not to take the bait”.

“If you don’t take the joke, you are not part of the crew”.

At Melbourne University where he studied law, he recalls a more “passive” racism where he and other students from working-class migrant backgrounds were sidelined by the grammar school students from Melbourne’s inner east. 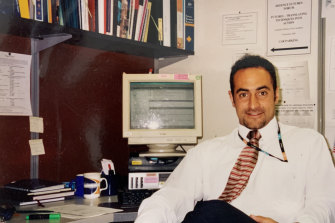 “We weren’t from Scotch or Xavier and we were just treated in a patronising way. I had not experienced it, it was more in your face racism as a kid which you can deal with.”

Moving to Canberra in the early 2000s to pursue a career in the public service, Mr Khalil hoped his position in the national security community would insulate him from the racism he had come to expect. Instead, in the post-September 11 environment, his new colleagues mocked up a photo of a terrorist and left it on his desk.

"It hurt, but I never said anything," he said.

A stint as Kevin Rudd’s national security adviser sparked an interest in running for Parliament, but he was repeatedly told that his ethnicity would prevent him from landing a safe seat.

Mr Khalil, who is set to become the newest member of Parliament’s powerful parliamentary joint committee on intelligence and security, believes Australia still has “a way to go” before it can boast of being a “genuine multicultural success”.

“Support [for multiculturalism] must be backed up with policies and structural reform to dismantle the pervasive systemic racism that persists,” he said.

Federal Labor leader Anthony Albanese said the party was moving to improve the way minority groups were represented in politics.

“Labor has led on measures to ensure Parliament reflects the diversity of gender, ethnicity, religious beliefs and sexuality that reflects our country,” Mr Albanese said.

“After the next election the Labor team will be even more representative of the people who make up our nation.”