‘RHOM’ trailer: Larsa Pippen accused of trying to be ‘the new Kim Kardashian’

Kim Kardashian appears to be bonding with Pete Davidson’s sister — at least on social media.

Casey Davidson posted a photo to Instagram on Wednesday of her and her “Saturday Night Live”-starring brother sitting courtside at a Brooklyn Nets game and wrote, “caption this.” Naturally, fans immediately took to the comments section to roast Pete over his burgeoning romance with the KKW Beauty founder, but more notably, Kardashian “liked” the photo.

Despite giving Casey her double-tap stamp of approval, it appears Kardashian hasn’t fully committed to developing a digital rapport with her, as she has yet to follow her on Instagram. So was the former “Keeping Up With the Kardashians” star Instagram-stalking Casey from afar? Who’s to say?

While the “King of Staten Island” star, 28, has been getting in some family time this week, Kardashian reunited with estranged husband Kanye West in Miami at the late Virgil Abloh’s final fashion show in Miami.

The co-parents sat front row to view Abloh’s collection — billed as a celebration of the designer’s life and legacy — at Marine Stadium with their 8-year-old daughter, North. 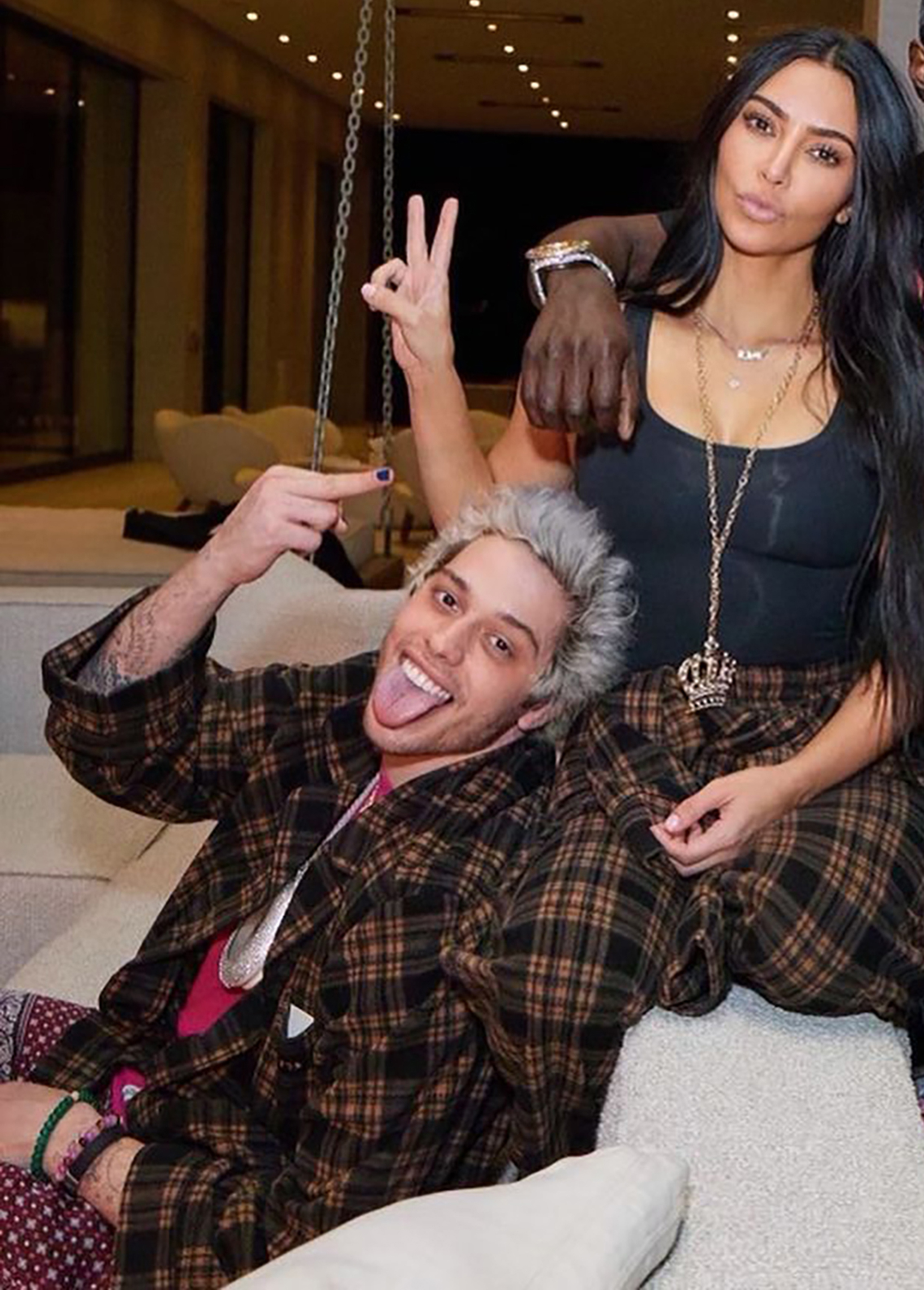 Kardashian, 41, and the “Jesus Walks” rapper, 44, put on a united front despite her and Davidson’s romance and West’s recent public vow to reunite his family.

The designer and West collaborated frequently, and he served as creative director for the Grammy winner’s agency Donda. He also art-directed the covers for West’s albums “My Beautiful Dark Twisted Fantasy” and “Yeezus.”

Both West and Kardashian also paid tribute to Abloh on social media, and the former even dedicated his Sunday Service to the late designer.