The pregnant “Flight Attendant” star, 37, cradled her baby bump in a custom Vera Wang gown with an embellished empire waist and delicate bow-tied straps, and was joined by boyfriend Tom Pelphrey at the glitzy awards show.

Pelphrey, 40, looked dapper in a white tuxedo and black trousers with a matching bow tie.

The couple kissed on the carpet as Cuoco showed off her growing belly.

Earlier in the day, her stylist, Brad Goreski, shared behind-the-scenes footage from the star’s Globes prep, later posting carousel of photos of her lavender look. 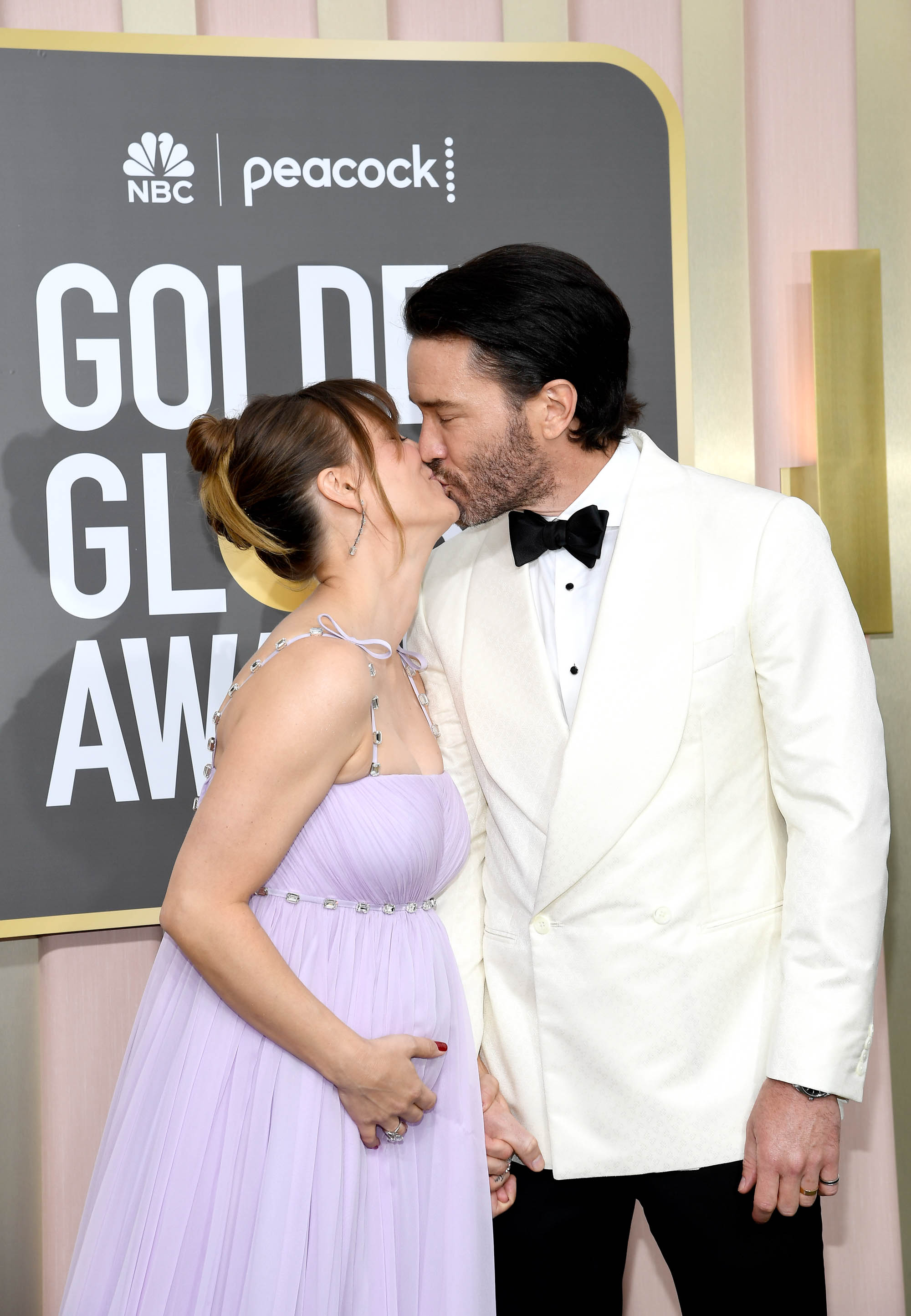 The “Big Bang Theory” beauty and the “Ozark” actor announced in October that they’re expecting their first child together. They celebrated with a baby shower Saturday, where Cuoco debuted a new tattoo dedicated to Pelphrey.

Cuoco shared a series of photos on Instagram from the event, including a close-up shot of her ring finger, where her baby’s father’s name is now inked. 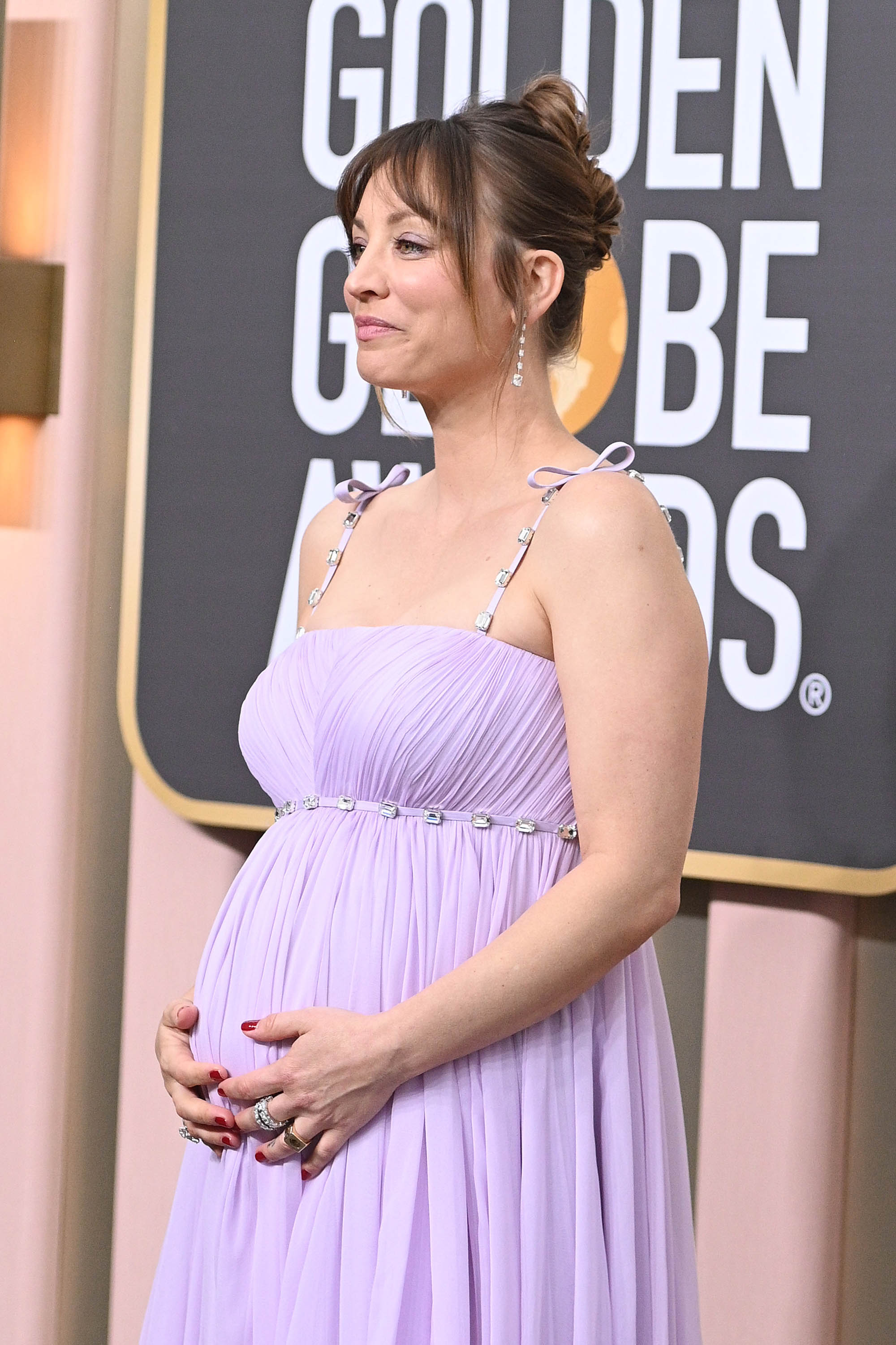 She first confirmed her relationship in May 2022 by sharing Instagram photos of the pair. They then made their red carpet debut at the 2022 Emmy Awards. 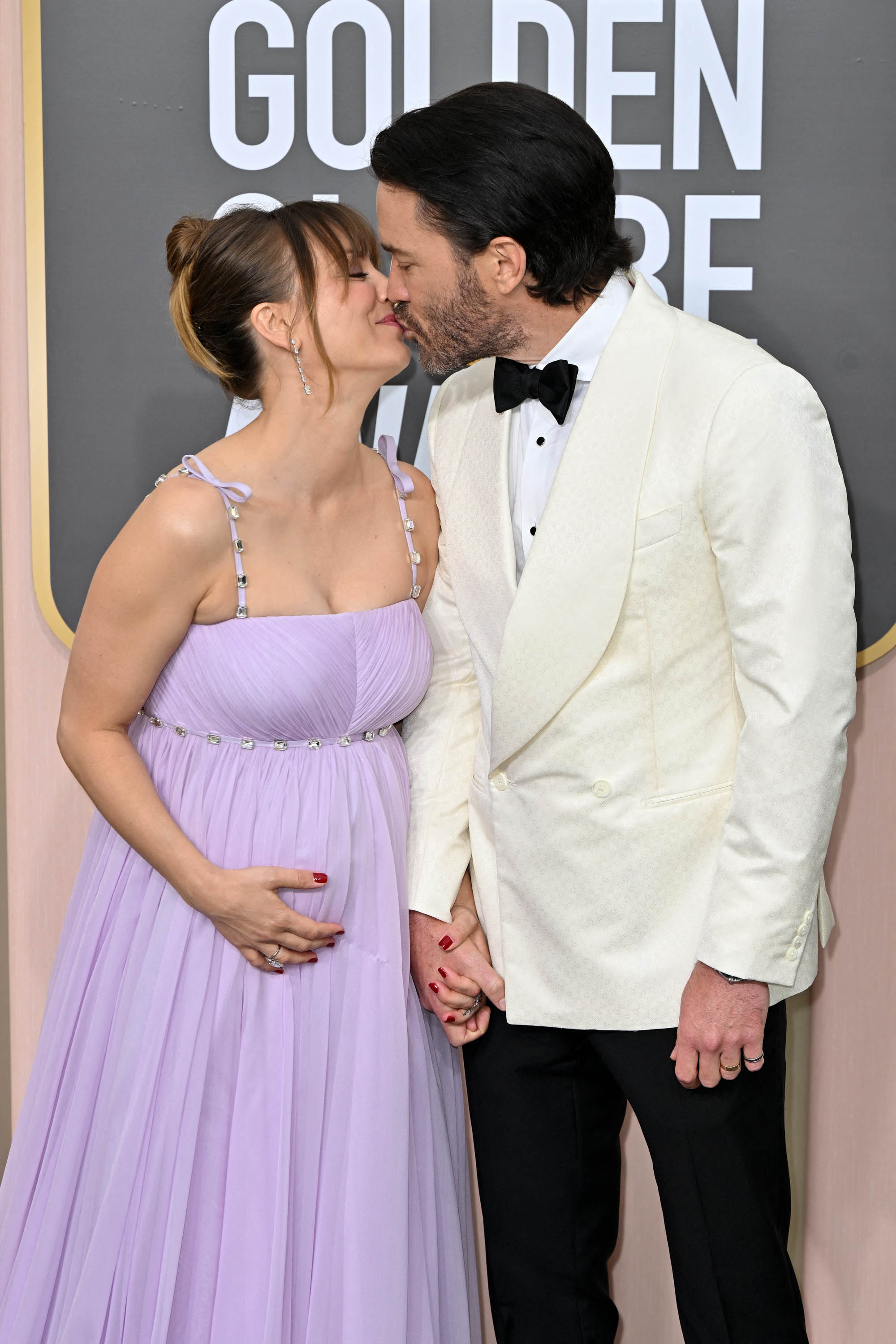