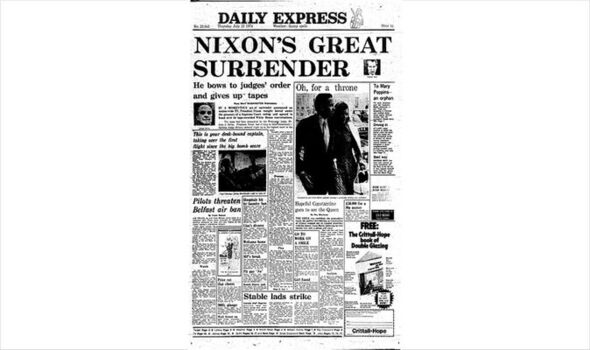 The tapes were required for the trial of six former Nixon aides involved in the cover-up of the break-in at the Democratic Party HQ in the Watergate complex in Washington DC. Eighteen crucial minutes of a meeting were found to be missing from the tapes.

79 years ago (1943) As the Allied invasion of Italy gained ground in the south, dictator Benito Mussolini was forced to step down and arrested.

30 years ago (1992) The Olympic Games opened in Barcelona, Spain, the first since 1972 without any boycotts and with many former Eastern Bloc countries participating for the first time under their own flags.