JOHN NAISH: As experts clash over the wait before second vaccine dose, will our health bosses become heroes or villains?

Desperate gambles must be taken in any war. And the Government is taking a titanic risk in the fight against Covid-19 by leaving a three-month gap between people getting their first and second doses of the Pfizer-BioNTech vaccine.

The manufacturer’s recommendation is that the second jab should be given within three weeks of the first one.

But Health Secretary Matt Hancock hopes that by using all available supplies to give as many Britons as possible their first jab – rather than expending half on prompt follow-up vaccinations – he can land the pandemic a knock-out blow. If his gamble is wrong, it could spell disaster.

And no less a body than the British Medical Association is convinced it is. The doctors’ trade union has written to Mr Hancock urging him to cut the gap to six weeks on the grounds that there are ‘growing concerns’ that the vaccine could become less effective if doses are spaced 12 weeks apart.

It argues that the UK’s strategy ‘has become increasingly isolated internationally’ and ‘is proving ever more difficult to justify’. 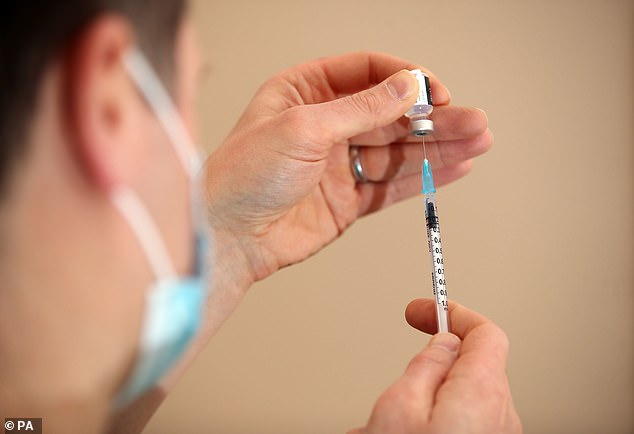 The Government is taking a titanic risk in the fight against Covid-19 by leaving a three-month gap between people getting their first and second doses of the Pfizer-BioNTech vaccine. Pictured: Doctor draws BioNTech vaccine before administering

But Mr Hancock was unmoved: ‘You want as many people to have as much protection as possible as quickly as possible.’

The Government’s strategy is backed by the UK’s four chief medical officers who say the ‘great majority’ of initial protection comes from the first jab, while the second dose is likely to help protection last longer.

This approach is also backed by Public Health England, an executive agency of the Department of Health and Social Care.

Its medical director Dr Yvonne Doyle says the current strategy is ‘about bearing down on transmission’ to reduce deaths.

‘The more people that are protected against this virus, the less opportunity it has to get the upper hand,’ she said.

But if the experts can’t agree, where does that leave the average citizen?

The problem is that in the depths of this pandemic crisis, there isn’t the time to test the various scenarios by running intricate clinical trials lasting many months or years.

And what little clinical evidence is emerging appears to be only adding to the confusion. 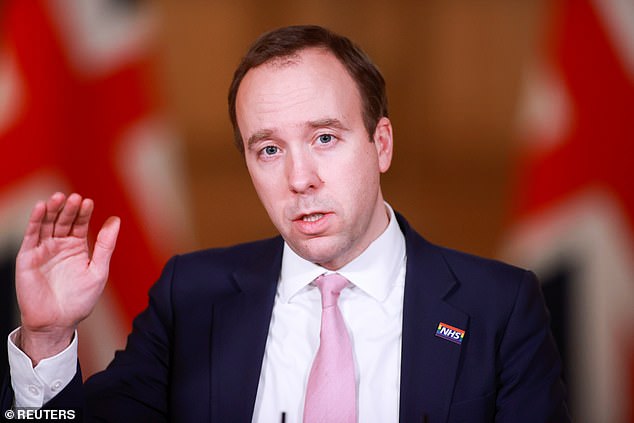 Last week for example, Nachman Ash, who leads Israel’s vaccination programme, caused a global scare by declaring that single doses of the Pfizer vaccine were proving ‘less effective than we thought’.

This was then rubbished by Israel’s ministry of health, which called Ash’s comments ‘out of context and therefore inaccurate’.

Morally, our health leaders are in a cleft stick. England’s deputy chief medical officer Professor Jonathan Van-Tam responded to calls for the vaccine gap to be halved, asking: ‘Who on the at-risk list should suffer slower access to their first dose so that someone else who’s already had one dose (and therefore most of the protection) can get a second?’

There is a pragmatic point too. Dr Doyle says that widespread first-jabbing may cut the risk of more dangerous variants of the virus emerging.

‘The more people that are protected against this virus, the less opportunity it has to get the upper hand,’ she argues.

Indeed, the fewer people who develop Covid-19, the less chance the virus has to mutate inside them to produce more deadly forms that require new vaccinations.

But another fundamental medical ethic may clash with all of this – the duty to do the least harm. 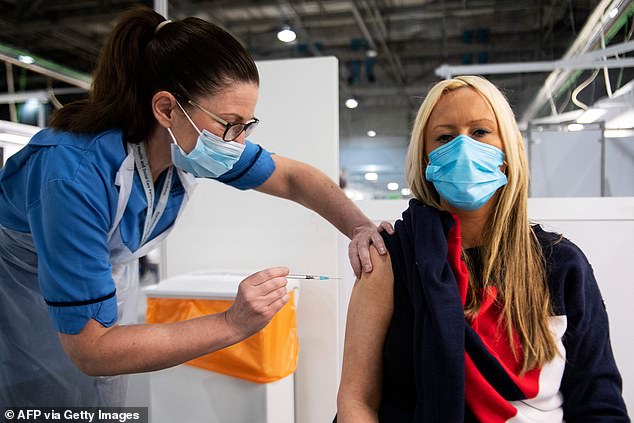 As Herb Sewell, emeritus professor of immunology at Nottingham University, warned in the Mail last week, people given only one jab for three months may develop an immune defence that is too weak to kill the coronavirus, and instead only teach it how to beat the vaccine.

This is particularly worrying in older people – the first targets for inoculation – who generally have weaker immune systems.

On top of this, many people given only a first jab may mistakenly believe themselves immune to Covid-19, but could still catch it and spread it widely.

Whose strategy is right, whose is wrong? Seeking a definitive answer right now is like searching for a hypodermic needle in a haystack.

A total of 6.3million people have now received their first coronavirus vaccine in the UK, government figures show. Only 469,660 – or 13 per cent – have had their second dose.

The good news is that the Pfizer vaccine is the chief concern here. The Government’s Joint Committee on Vaccination and Immunisation says that unpublished data indicates the Oxford-AstraZeneca vaccine is still effective with doses 12 weeks apart.

Only events will judge whether our health bosses become hailed as innovative heroes or lambasted as fools and villains. Who can envy them their task?