Giving thanks. John Cena sang praises of Vin Diesel for helping the multihyphenate land a part in Fast & Furious 9. 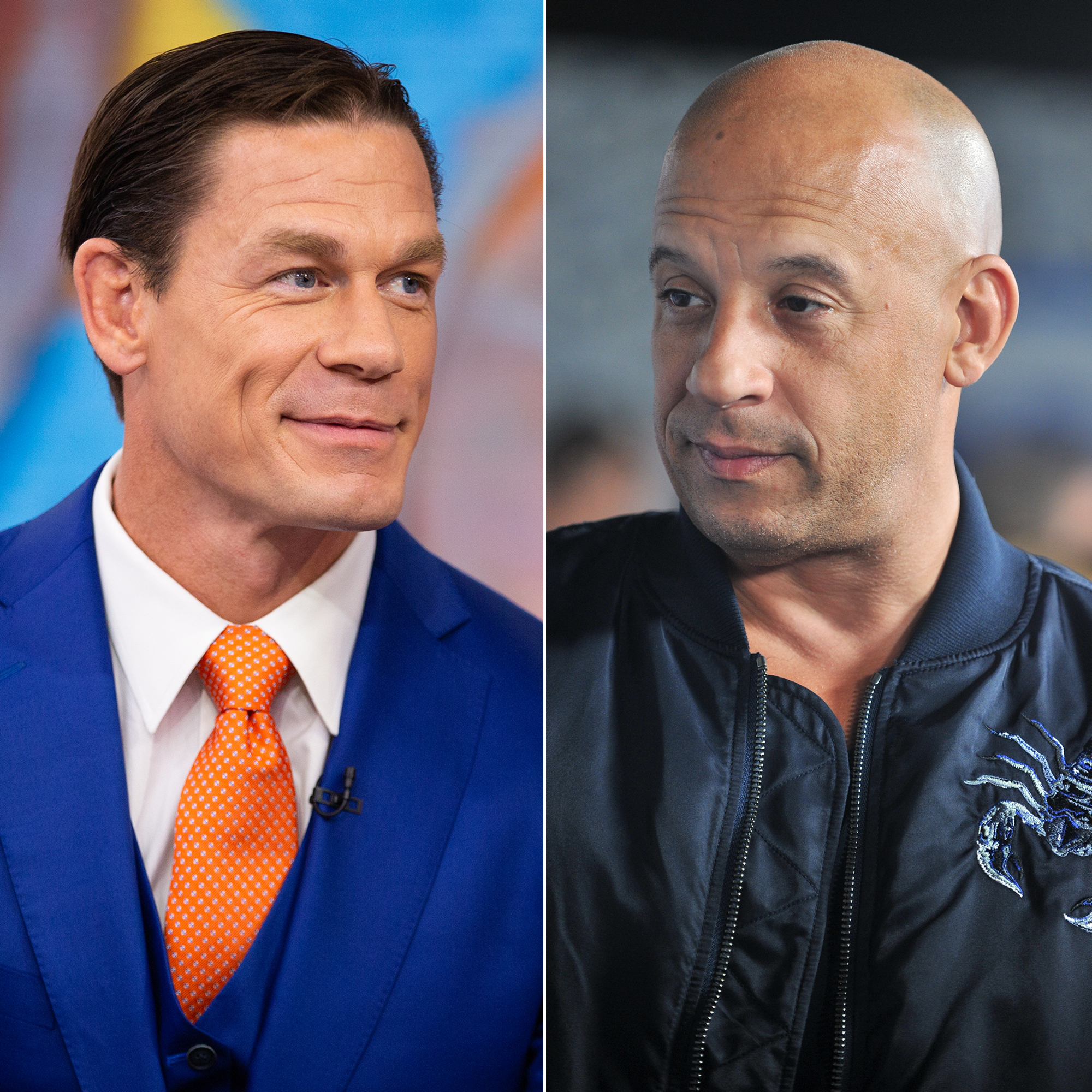 “I’m super excited,” the Are You Smarter Than a 5th Grader? host, 42, exclusively told Us Weekly. “I have to say thank you to Vin Diesel for kind of orchestrating all this. He put a message on his Instagram a little while ago … We were able to meet and it was amazing, and I totally understand how big this opportunity is, and all I can do is do my best.”

In April, the Avengers star posted a cryptic video message that hinted at Cena’s potential involvement in the popular action movie franchise.

“Guys, as you know, I’m always thinking fast and thinking about the responsibility of making something iconic and deserving of your loyalty,” the 51-year-old said in the video. “I know this sounds crazy, but every blue moon I feel like Pablo up there sends me someone — another soldier in the fight for truth. Today, someone came by Toretto Gym that speaks to what Pablo would have brought.”

Diesel then revealed Cena, who was smiling and wearing a blue suit. “All love, always,” Diesel added.

Universal Pictures later confirmed Cena’s involvement in Fast & Furious 9 on June 7. While the Blockers star admitted to Us that he has “read the story,” he is not allowed to reveal any details about the plot or his role just yet.

Cena further remarked on his excitement to join the Fast & Furious family by continuing to thank Diesel for helping make the possibility of his participation a reality.

“It’s a truly tremendously successful franchise, followed the world over and appreciated by so many people around the world,” he noted to Us. “So to get his endorsement, it didn’t make it official but it certainly got everybody talking about it, and I’m forever indebted to him for that.”

Diesel will return for the ninth installment alongside Tyrese Gibson, Michelle Rodriguez and Jordana Brewster to reprise their respective roles. However, it is still unclear whether Dwayne “The Rock” Johnson will be back. He revealed on Watch What Happens Live With Andy Cohen in July 2018 that his involvement is “kind of up in the air.”

Fast & Furious 9, directed by Justin Lin, is slated to arrive in 2020. For now, fans can catch Cena hosting Are You Smarter Than a 5th Grader? on Nickelodeon, Mondays at 7 p.m. ET.