Jill Dando’s brother has revealed his personal theory about who shot his sister outside her home in Fulham 20 years ago.

Ahead of a new BBC One documentary which airs tonight, The Murder of Jill Dando, Nigel, 66, appeared on Lorraine to have his say on one of the most high profile unsolved murder cases in the UK.

While TV presenter Lorraine Kelly discussed the many theories suggested at the time, including a professional hitman and also a stalker, Nigel explained his own idea.

‘I tend to think it wasn’t a professional hit. I think you can rule out the Serbian hitman, which was a popular theory that was doing the rounds at the time,’ said Nigel, whose sister was murdered aged 37. ‘For what it’s worth, my belief is that it was just a misguided individual on the street on the day, with a firearm, who knew where Jill lived, and who just ‘struck lucky’.

‘For whatever reason, that person was in that street and did what that person did. I doubt we will ever know now because of the passage of time.’ 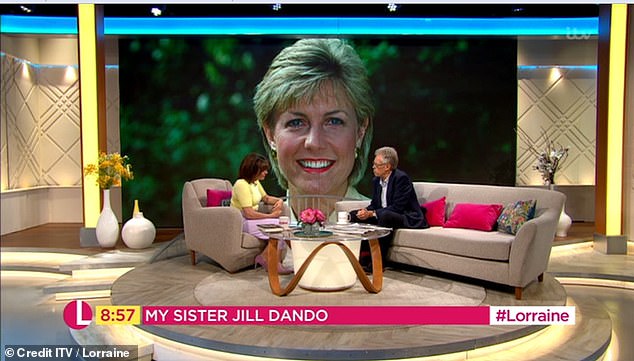 Nigel Dando, 66, appeared on Lorraine this morning to reveal his personal theory about who shot his sister outside her home in Fulham 20 years ago 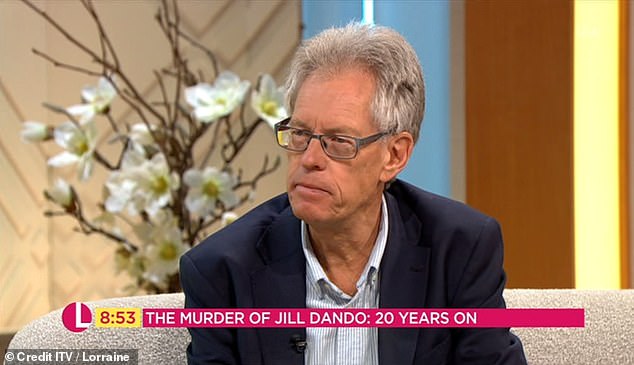 Proceeding to explain his theory, Nigel revealed that Jill’s lifestyle at the time meant she wasn’t guaranteed to be in a certain place at any given time.

‘I think it was a relatively random act [given] Jill’s lifestyle at the time, as she wasn’t regularly at home. You couldn’t say that every “Monday morning at 11 ‘o’ clock she would be there.”

He added: ‘On the day in question, she had left her fiancé Alan’s home in Chiswick and had briefly gone to her home in Fulham to pick something up. Then I think she was off somewhere else in London for a fitting for her wedding dress, of course they were going to get married shortly. So it was that random.’ 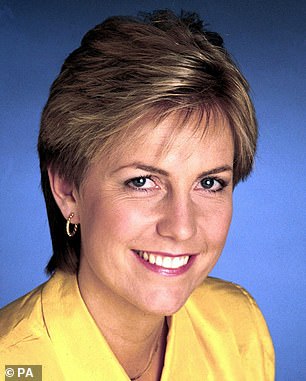 Nigel went on to say that the police carried out an exhaustive check of CCTV and plotted Jill’s journey.

‘There were photographs and thousands of phone calls being made in that area at the relevant time and there was nothing that jumped out for example that suggested she was being followed at her home that day,’ he explained.

‘Neighbours talked of a strange man in the streets and various descriptions of that person. If it was that person who pulled the trigger we’ll never know now.’

He added on the multiple theories: ‘All avenues have to be investigated by police. In the early days, who knew what it might be or more importantly what the motive might have been.’ 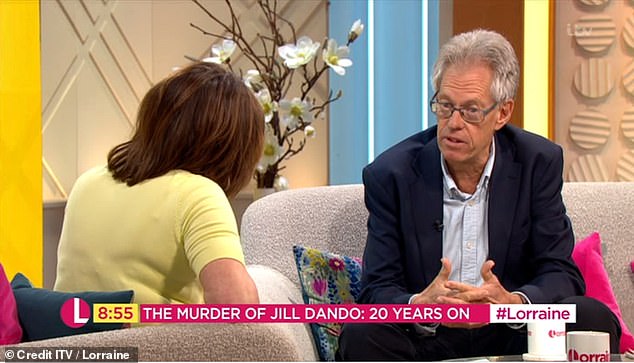 Speaking to the Scottish presenter (left), Nigel also explained that he doesn’t think his familt we ever get the answers they’ve been after for 20 years. ‘I doubt we will ever know now because of the passage of time,’ he said on today’s show 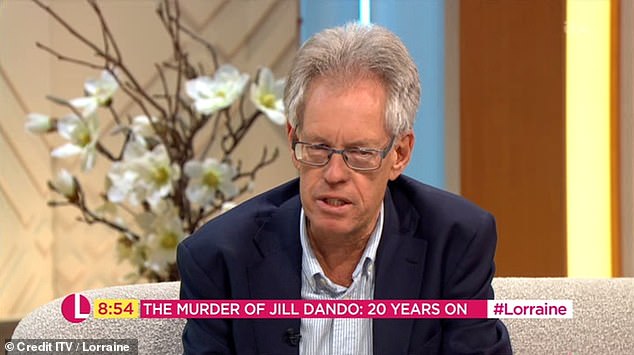 While knowing who was responsible for his sister’s murder was important for Nigel, he was more keen to know why and the motive behind it

When asked by the Scottish presenter why now felt like the right time to speak out and share his beliefs, Nigel explained: ‘There were times particularly in the aftermath of the murder that I was asked to do a lot of interviews. I did what I could, but I was concerned anything I might say my inadvertently prejudice police inquiries.’

And he revealed that even 20 years on, it’s still tough to relive the horrific ordeal.

‘It was a very difficult time and difficult to come to terms with as it is now – 20 years on. But you can’t live in the past,’ Nigel said. ‘Personally, I can’t become obsessive about it. You never forget but you have to move on.’

But the real question that continues to haunt both Jill’s brother and his family is not so much who committed the crime, but more why.

‘It is important to know who did it but for me, to an extent, it’s more important to know why,’ he explained. ‘What was the motive? I’m not aware Jill had any enemies at all that she had upset anybody. What you saw was what you got with Jill. That’s what for 20 years has baffled her nearest and dearest.’

In the documentary airing tonight, the detective who led the first Jill Dando murder investigation has claimed it is unlikely anyone else will stand trial for killing the BBC Crimewatch presenter.

Hamish Campbell, a Detective Chief Inspector in the Metropolitan Police at the time of the killing, helped convict Barry George of shooting the broadcaster dead outside her home in Fulham 20 years ago.

Former stuntman Mr George, 58, was sentenced to life imprisonment in 2001, but was acquitted seven years later after his conviction was quashed and a retrial ordered.

The case remains unsolved, but Mr Campbell revealed how he does not believe anybody else will ever stand trial for murdering Miss Dando, 37, outside her west London home in April 1999. 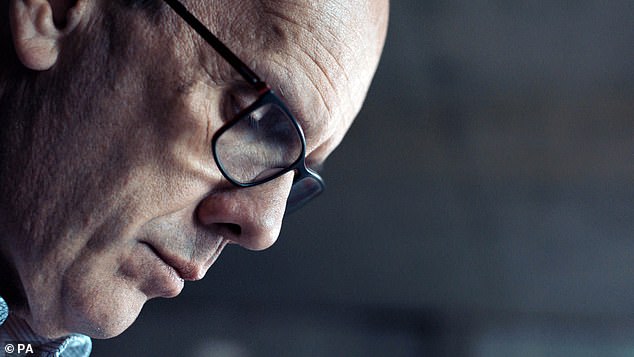 Hamish Campbell (pictured), the detective who led the first murder investigation, has said he does not believe anybody else will ever stand trial for murdering Miss Dando

He said: ‘Sometimes I felt we were a day away from solving it and other times, I thought ‘no, we’re a long way away’.

‘Senior officers were asking ‘what are the likelihoods of this case being resolved?’

‘We had over 2,000 people named as potential suspects or responsible. Some actions to trace and eliminate one person might take a day. One action might take two weeks.

‘But there’s thousands of them and that’s the issue of managing stranger homicides.’

The new documentary reveals the decision-making happening behind the scenes of the inquiry into Miss Dando’s murder.

It will show how a particle of gunshot residue in the pocket of a coat police found in Barry George’s house became the key forensic evidence against him. 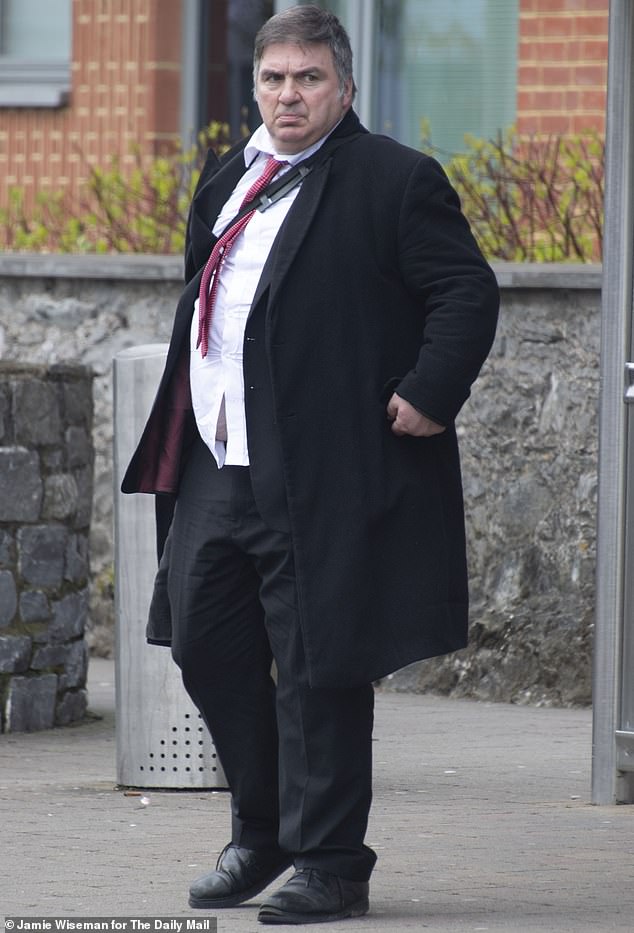 Former stuntman Barry George, 58, was sentenced to life imprisonment in 2001, but was acquitted seven years later after his conviction was quashed and a retrial ordered 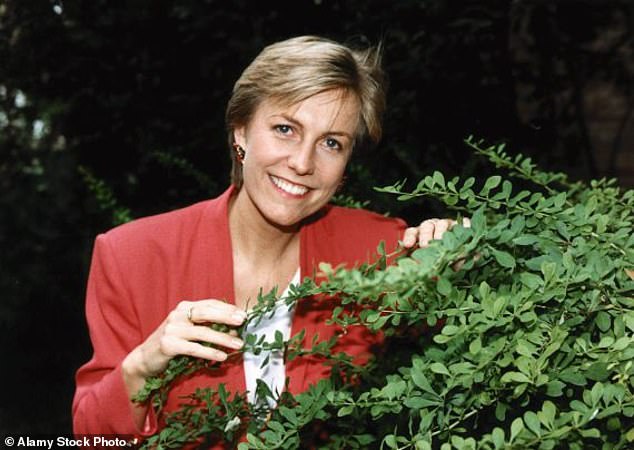 The gunshot residue evidence was discredited at George’s 2007 appeal, when his murder conviction was quashed. It was deemed inadmissible as evidence at his 2008 retrial, when he was cleared.

Mr Campbell and the Metropolitan Police faced criticism after Mr George was cleared, but maintained that they had never used the convicted sex offender as a scapegoat.

He said: ‘There’s always been the view, in the media and elsewhere, that the police chose Barry George somehow as a scapegoat and for want of a better word, a patsy, for the investigation team because we couldn’t solve it.

‘That is somewhat insulting and completely untrue, and wrong.’

It comes days after Mr George told the Daily Mail that he would continue to ‘fight for justice’ following the Government’s refusal to compensate him for the years he spent in prison.

Compensation is only paid when the court quashes a conviction because a new fact has emerged to show beyond reasonable doubt that the applicant did not commit the offence.

‘How can you be acquitted unanimously by judge and jury, which means you (regain) innocent status, but then get told you are not innocent enough?’ he asked us last week. 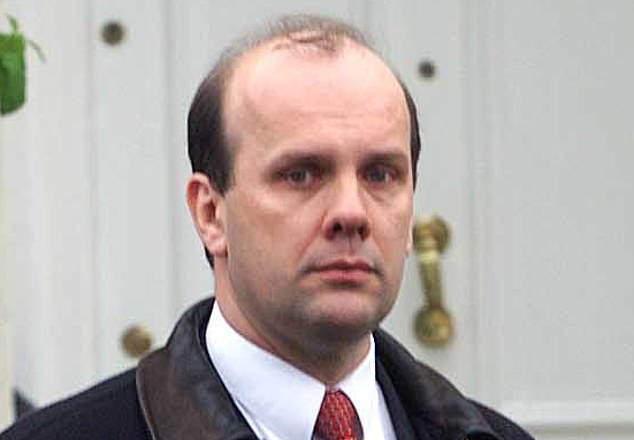 Mr Campbell, pictured in 2000, and the Met Police faced criticism after Mr George was cleared, but maintained that they had never used the convicted sex offender as a scapegoat

‘How more innocent than innocent can a person be? I spent years in custody and then they have looked at the thing and decided I’m not innocent enough.’

Miss Dando’s family still remain ‘hopeful’ her killer will be brought to justice one day.

Speaking during the documentary, her brother Nigel said: ‘I would just like to know, why someone would want to kill her.’

The film will also show how BBC director general Tony Hall, then Head of News at the BBC, was targeted with threatening phone calls in the weeks after Jill Dando’s murder.

‘We had three calls, as I recall, to the BBC switchboards in London and Belfast,’ he said.

‘I listened to the voice of one of them, which said basically, I was next. I mean they were threatening me. I have no idea what that amounted to, Was it a real threat? Was it not a threat?

‘You know there are often copycat things that happen after these sorts of events, and the police took it seriously, but I don’t know.’

The Murder of Jill Dando airs on Tuesday at 9pm on BBC One. 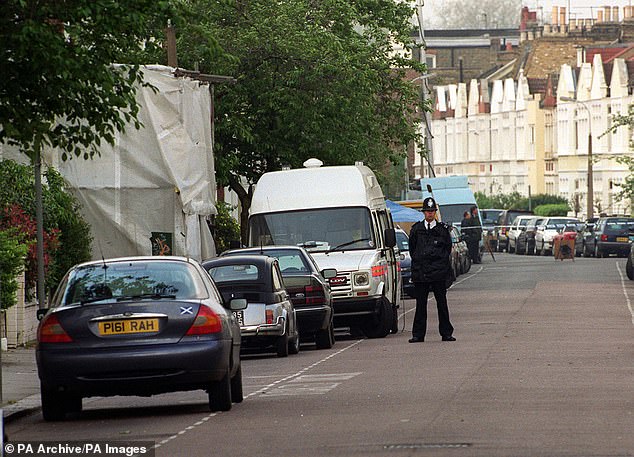 It will show how a particle of gunshot residue in the pocket of a coat police found in Barry George’s house became the key forensic evidence against him. Pictured: Miss Dando’s home in Fulham