Pokémon NO! Japan-obsessed woman tells 90 Day Fiancé UK she trusts online boyfriend despite misleading her about his age and first marriage (and she doesn’t know what he does for a living)

A woman, obsessed with Japanese culture, is opening her home to a man she met online who has already told her lies, sparking concerning among her family and friends.

Victoria, 31, from Wolverhampton, is appearing on the brand new series of a 90 Day Fiance UK, which drop every Sunday on discovery+.

She has been ‘in a relationship’ with Japanese mystery man Shaun for two years, despite him living nearly 6,000 miles away and never physically meeting him.

In the episode she revealed the relationship to her friend Rosie, who was more than sceptical after learning that Shaun had lied about his age and kept his first marriage a secret. 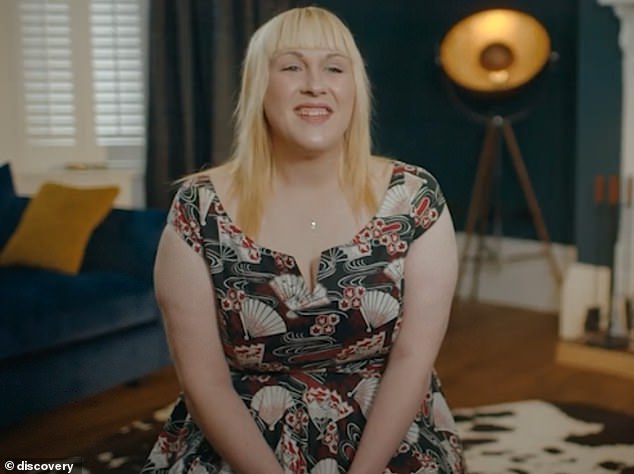 Victoria, 31, (pictured) from Wolverhampton met her boyfriend Shaun two years ago online. Their long distance relationship is featured in the series of 90 Day Fiancé UK 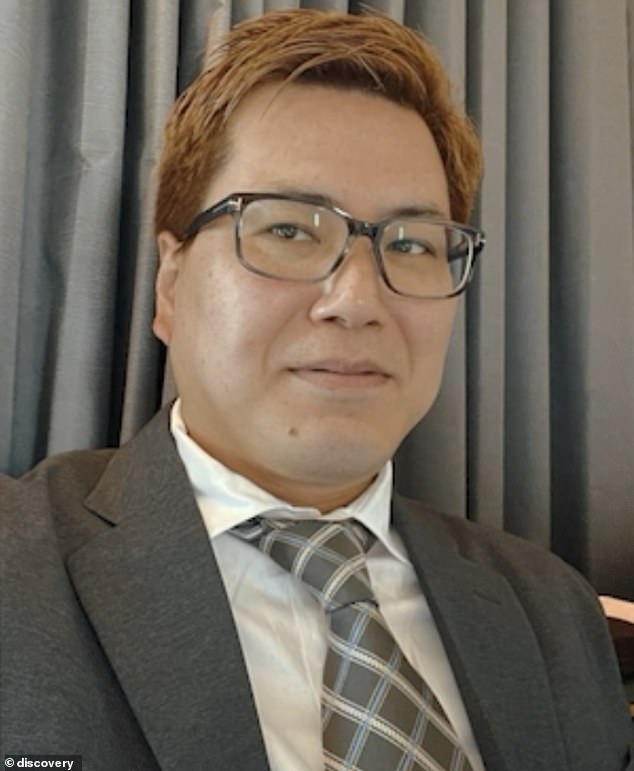 Victoria met Shaun (pictured) online two years ago. The programme follows how her family and friends are sceptical of the relationship, after Shaun withheld his age and previous marriage

Victoria revealed that she is obsessed with Japan and Japanese culture, an interest that she’s had for years.

She said: ‘I love Japan and Japanese culture. I genuinely don’t know how it started; it just crept up on me and there it was.’

She said that there is no Japanese scene in Wolverhampton but she’s visited her favourite country Japan twice with her friend Libby.

Yet it wasn’t on her travels that she met Shaun – it was over online dating two years ago. 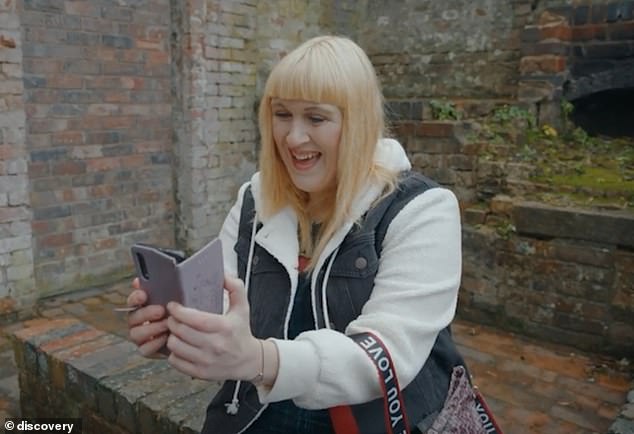 Victoria is obsessed with everything Japanese and revealed that she is addicted to Pokemon GO, which she plays with Shaun 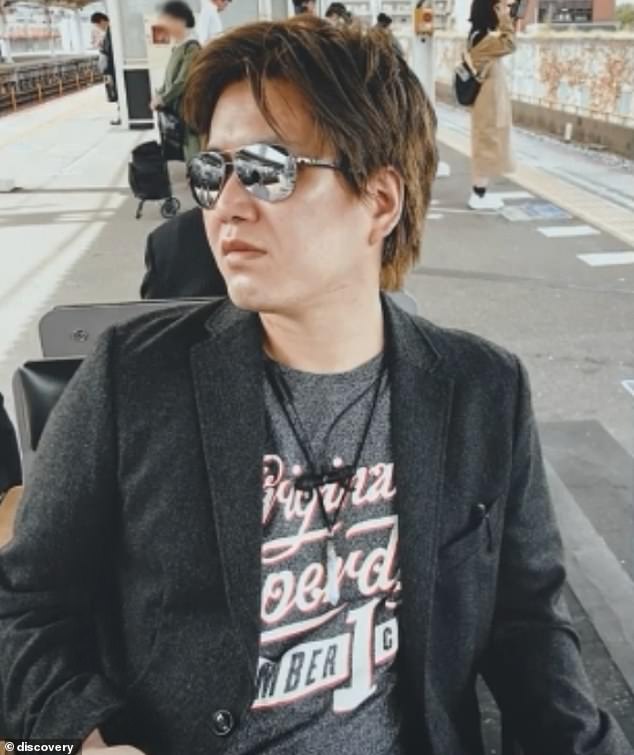 When Victoria first saw Shaun’s profile pictured (pictured) she thought that he wasn’t much older than her, it wasn’t until later that she found out that he was 42 and looked nothing like this picture

The Pokemon GO enthusiast said: ‘There’s a certain type of Japanese man that I’m quite attracted to. I like the way they dress.’

Shaun’s profile picture on social media was what first caught her eye.

She revealed: ‘Shaun’s profile picture was a very suave looking guy, sunglasses on, sort of looking into the distance. He looked quite cute and young.’

But then she quickly let it slip that this was an old picture, which he said he took in 2018, but clearly didn’t.

Victoria thought that this man she had fell for was her age but it turned out that he was actually 42.

This revelation startled her friend Rosie, who was quick to question how much Victoria really knew about the man she plays Pokemon GO with. 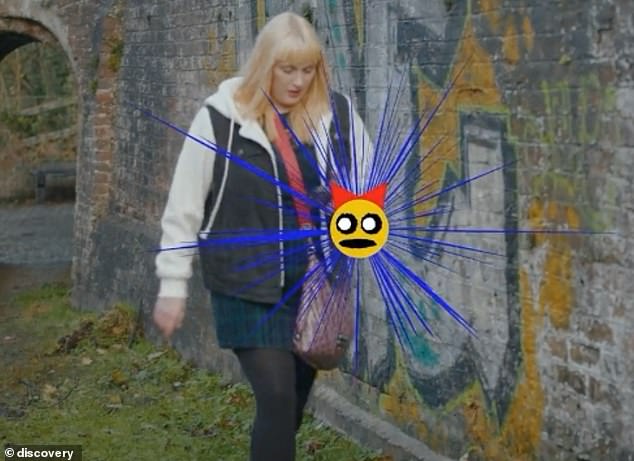 Yet, Victoria was adamant that Shaun didn’t lie and said that ‘he just withheld information about himself.’

Before telling Rosie about Shaun, Victoria nervously said: ‘I’m worried to tell Rosie that I’ve met a man online, because I think she would probably think that was quite a crazy thing to do.’

Going straight in, she said to Rosie: ‘So, I met someone online. His name is Shaun, He is Japanese.

‘He is actually coming here in a couple days. We are going to live together.’ 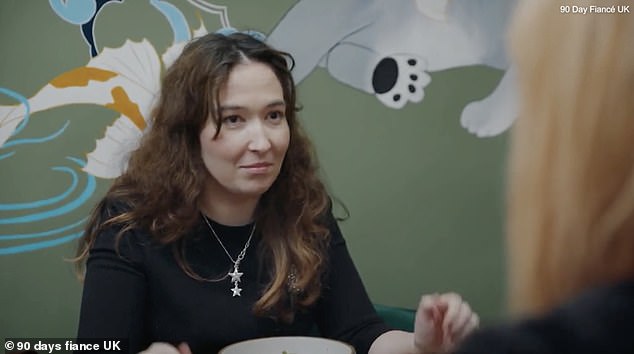 Her friend Rosie (pictured) was sceptical of the relationship from the beginning and asked blunt, uncomfortable questions to find out more about this mystery man 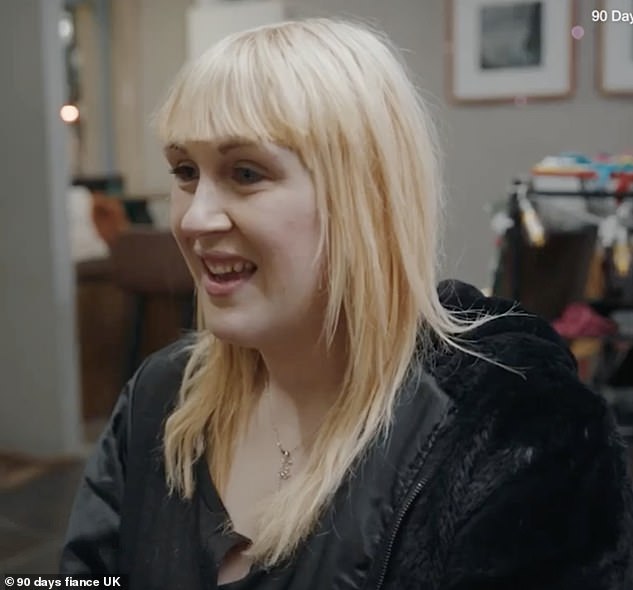 Rosie was full of questions: ‘How well do you know this person?’

On the defensive Victoria revealed: ‘Not that much, I’ve been learning quite a lot over the the last couple of months. I like this guy, I really do want to be with him.’

She was disappointed with Rosie’s reaction, admitting that it wasn’t what she had hoped for and didn’t like the fact Rosie wasn’t enthusiastic.

Concerned, Rosie interrogated her friend, questioning Shaun’s decision to lie about his age. 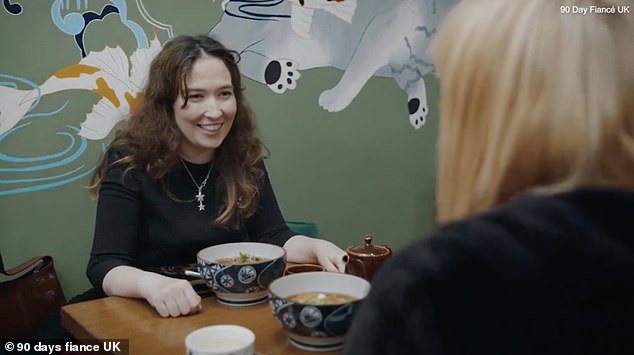 Rosie asked Victoria what her family thought of the relationship, to which Victoria revealed that they were also concerned about it, especially her father 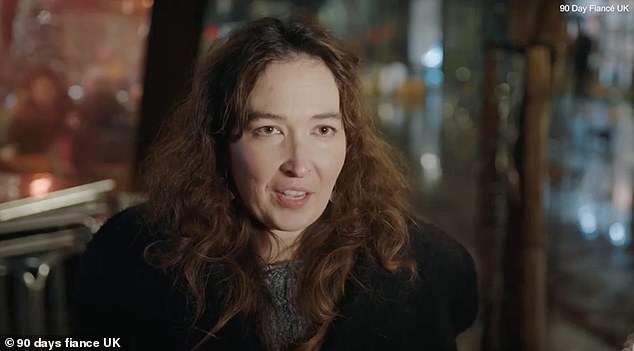 Then more worryingly, Victoria admitted to Rosie that, despite speaking to Shaun for two years, she has no idea what he does for living.

‘I’m not completely certain,’ she revealed. ‘He never seemed to be working when I was talking to him. He does have a lot of credit cards.’

Victoria got more giggly and nervous as the meal went on, whereas Rosie didn’t see what there was much to laugh at and remained composed as her friend went on.

‘Shaun is definitely a man of mystery,’ she said. ‘He’s open, but he just gives you enough information to be interested, but he won’t actually tell you the full story.’

Back at dinner Rosie asked Victoria about her family’s opinions on Shaun, to which, she admitted ‘they’re sceptical’.

‘My mum’s more happy than my dad; my dad’s very worried.’ she said.

Changing tack, Rosie asked Victoria if she gets good vibes from Shaun or if she thinks he may have ‘so many skeletons in the closet that he can’t close the door.’ 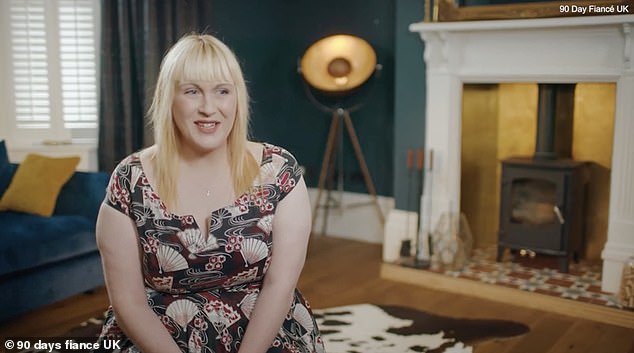 Despite her friend’s concerns, Victoria remained adamant that Shaun would come over to the UK for them to live together and make a go of their relationship

Despite telling Rosie that she does have a good feeling about him, Victoria revealed that she only recently found out that he used to be married.

To a stunned Rosie she said: ‘He’s not married in Japan, that’s all he will say – “I’m divorced in Japan.” I know that his ex-wife is from another country.’

Shocked, Rosie sternly warned her friend to be careful, saying: ‘I might have been reading and watching a bit too much real crime, but you do always need to be careful.

‘Have you done any online checks to check what he’s about and maybe check he hasn’t got any criminal records?’

Victoria dismissed her friend and was adamant that she trusts Shaun isn’t up to no good. 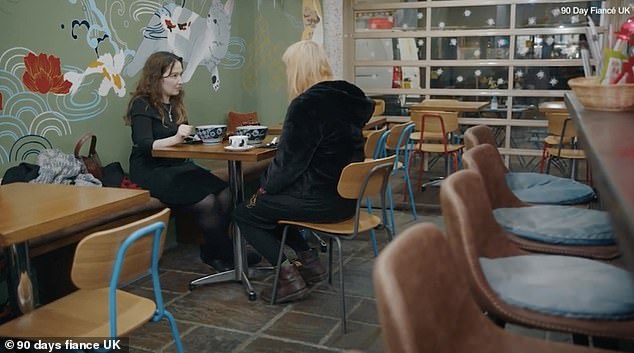 When Victoria admitted that Shaun was moving too quick for her, Rosie asked if he was only coming to the UK for a passport

Defending his reputation, Victoria reiterated that Shaun has ‘never lied’ to her, but admitted that he has been economical with the truth.

Seeing how far Victoria is willing to take the relationship, Rosie bluntly asked how serious she is about Shaun and if she sees herself sharing a future with him.

Victoria’s response was surprisingly: ‘He does move quite quick for me.’

This prompted Rosie to ask if there might be a chance that Shaun is only coming for a passport.

Victoria wasn’t shocked by this blunt question and said: ‘You’re not the only one who is concerned about that. My family has mentioned that too.’

Despite her friend’s concerns, Victoria knows Rosie is only looking out for her.

She said: ‘Rosie has made a good point to be concerned. I don’t know much about him other than what he’s told me.

‘So, I am just hoping that what he’d told me is true. I hope he’s being honest with me.’

The brand-new series of 90 Day Fiancé UK is available to stream now exclusively on discovery+, with new episodes dropping every Sunday