Jennifer Lopez’s Dating History: A Timeline of Her Famous Relationships

The Marry Me actress, now 52, spoke about making the change to her legal moniker — but keeping her stage name — during a conversation with Pat O’Brien as part of the July 2003 feature Ben & Jen: A Dateline Special. “I think I’m going to stay with Jennifer Lopez, but my name will be Jennifer Affleck, obviously,” the Grammy nominee said while cooking in her kitchen.

Upon realizing that the abbreviation for her married name would be “Jaff,” the New York native teased, “It doesn’t have quite the same ring to it, but you’ve gotta make sacrifices!” 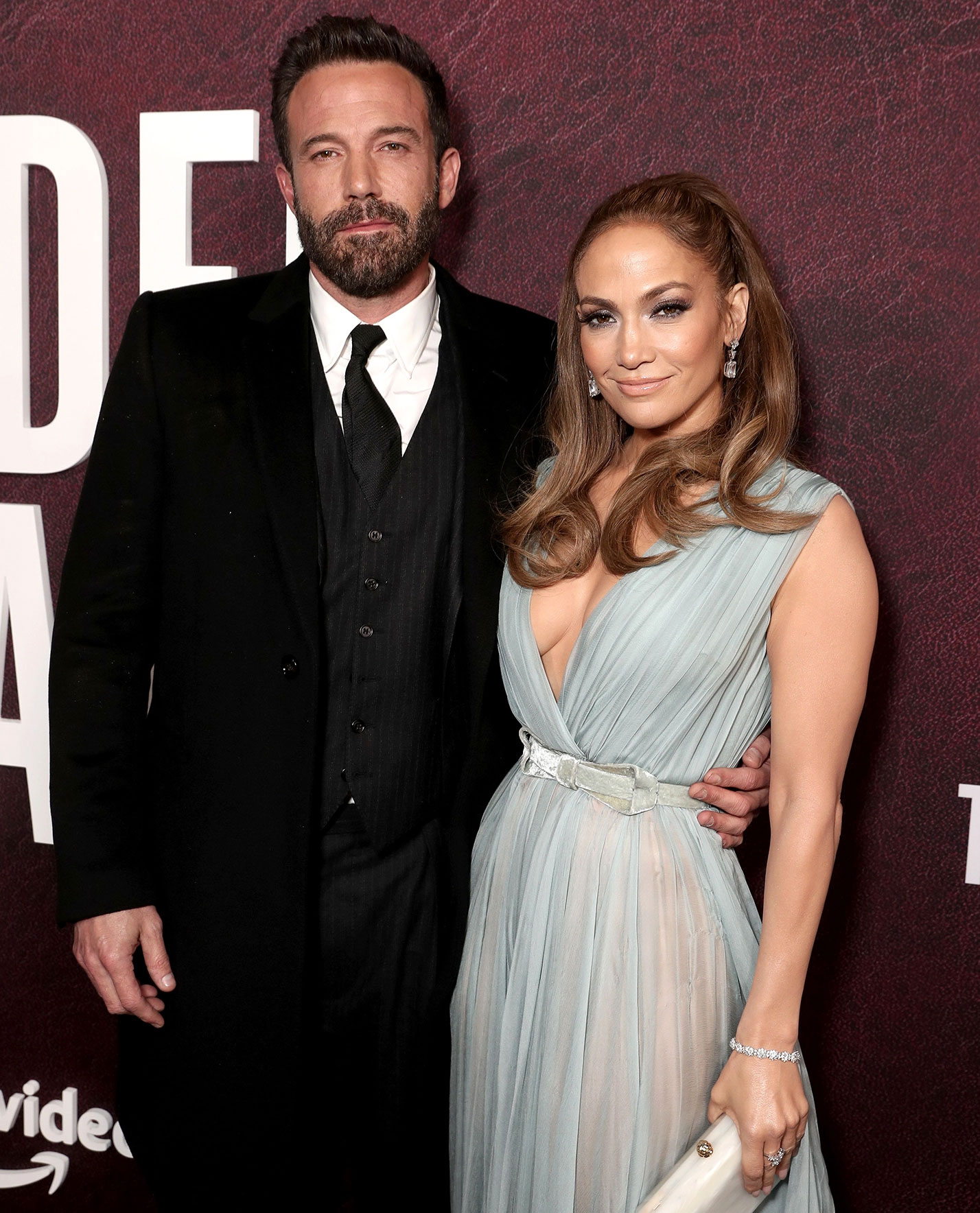 O’Brien reassured Lopez that Jennifer Affleck is “a good name,” and she wholeheartedly agreed. “It’s not bad,” she said. “I’ll take it.”

The couple — known by fans as Bennifer — were engaged from 2002 to 2004, but they ultimately pulled the plug on their wedding days before the September 2003 ceremony due to overwhelming media attention. Lopez went on to marry Marc Anthony, with whom she shares 14-year-old twins Max and Emme. The Argo director, for his part, was married Jennifer Garner from 2004 to 2018. Affleck and the Juno star, 50, share Violet, 16, and Seraphina, 13, and son Samuel, 10.

Nearly two decades after their initial romance, the Town actor and the “Let’s Get Loud” singer rekindled their old flame. Us Weekly confirmed in May 2021 that the pair were “full-on dating,” and Affleck proposed the following April.

“I was taken totally off guard and just looked in his eyes smiling and crying at the same time trying hard to get my head around the fact that after 20 years this was happening all over again,” Lopez gushed in her “On the JLo” newsletter at the time, dishing on the romantic moment Affleck got down on one knee. “I was quite literally speechless and he said, ‘is that a yes?’ I said, ‘YES of course that’s a YES.’” 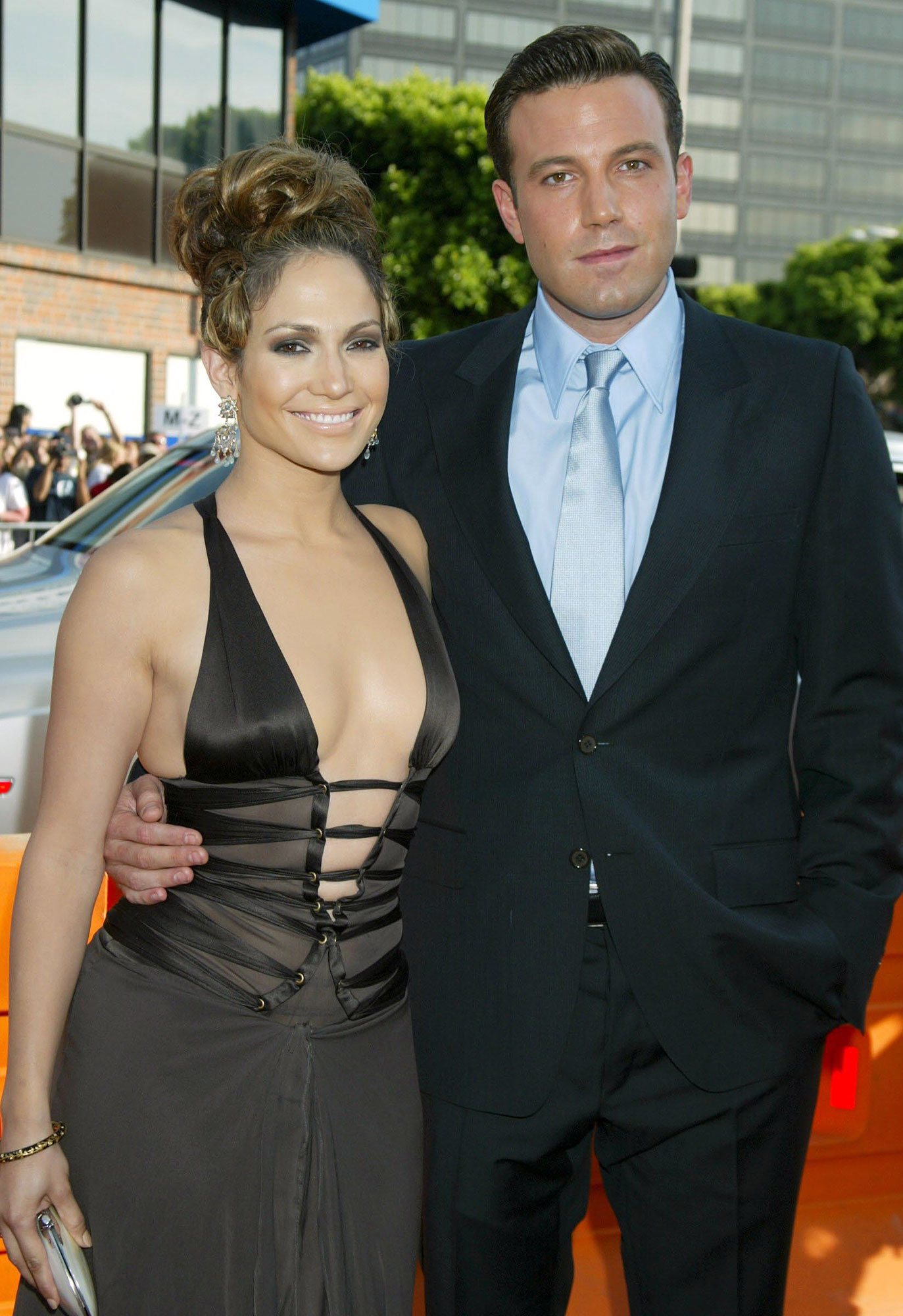 One month later, a source exclusively told Us that the engagement period could be brief. “Jennifer will tell you she’s not in a rush to get married, but her friends think otherwise,. … [She] wants the formalities out of the way so they can start their journey as man and wife sooner rather than later,” the insider noted.

Us confirmed on Sunday, July 17, that Lopez and the Good Will Hunting star obtained a marriage license in Clark County, Nevada, and tied the knot. The “Jenny From the Block” artist detailed the low-key celebration in another newsletter, signing the message, “With love, Mrs. Jennifer Lynn Affleck.”

“Exactly what we wanted,” she wrote. “Last night we flew to Vegas, stood in line for a license with four other couples, all making the same journey to the wedding capital of the world. … When love is real, the only thing that matters in marriage is one another and the promise we make to love, care, understand, be patient, loving and good to one another. We had that. And so much more. Best night of our lives.”

The Second Act star continued, “We are so grateful to have that in abundance, a new wonderful family of five amazing children and a life that we have never had more reason to look forward to. Stick around long enough and maybe you’ll find the best moment of your life in a drive through in Las Vegas at 12:30 in the morning in the tunnel of love drive through, with your kids and the one you’ll spend forever with. Love is a great thing, maybe the best of things — and worth waiting for.”