The stronger-than-expected recovery from the COVID-19 recession should give the federal government confidence that it can proceed with its plans to begin to withdraw fiscal stimulus in the next few months. But it should make an exception when it comes to the supplement to unemployed people on JobSeeker.

The improved outlook was confirmed by Reserve Bank of Australia governor Philip Lowe, who said on Wednesday that the Australian economy had bounced back earlier and more strongly than expected. 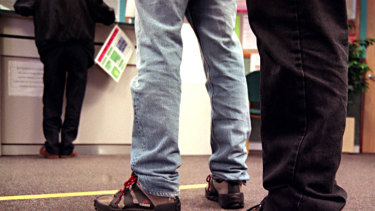 The central bank’s most optimistic scenario in August was that unemployment would peak at 7 per cent, but it is currently just 6.6 per cent. The economy is now expected to regain its pre-COVID level in the middle of this year rather than early next year.

Dr Lowe attributed the pleasant surprise to the huge fiscal and monetary stimulus measures by state and federal governments and to our success in suppressing and adapting to the pandemic.

But the ALP will point out that while the economy is better than expected, it is not too flash. The Reserve Bank says gross domestic product – the total value of goods produced and services provided in a a year – is about 4 per cent lower now than it was expected to be at this time before the crisis. Unemployment is not expected to return to its pre-crisis level of 5.25 per cent until the middle of 2023. Wages are growing at a record low rate.

Both sides in this debate make valid points and the difference between the two parties is not that great. Both agree that stimulus should gradually be withdrawn.

The Age believes the rate of the dole is a bigger issue. The federal government has already reduced the emergency supplement for the unemployed on JobSeeker from $250 to $125 a fortnight and it is due to end at the end of March.

The Age agrees with Dr Lowe that some of the increase under JobSeeker should be made permanent. There is, as Dr Lowe pointed out, a “wide consensus” for increasing the dole.

The base rate of JobSeeker – $565.70 a fortnight or $40 a day – has been indexed much more slowly than the pension or the minimum wage and is too low to live on, especially in the capital cities.

Some claim that lifting the dole could be a disincentive for the unemployed to seek work. But the Business Council of Australia has pointed out that the dole is so low it actually creates a barrier to employment because it “erodes the capacity of people to present themselves well or maintain their readiness for work”. The life of poverty and instability is worse for renters and single adults, who receive no other benefits.

Work is still far better paid than the dole. The national minimum full-time wage is 90 per cent higher than the dole, even with the $125 JobSeeker emergency supplement. Labour economist Jeff Borland found that a higher dole did not make it harder to fill jobs, nor has it slowed the rate of people obtaining employment. Hundreds of thousands of people have returned to work in the past few months even though they could have collected the extra benefit.

The case for a permanent rise to JobSeeker has never been stronger.

Note from the Editor