Prime Minister Scott Morrison has warned global music superstar Kanye West that he will have to be fully vaccinated if he wants to go ahead with his Australian concert tour.

The warning comes just weeks after the deportation of tennis champion Novak Djokovic, who initially had his visa cancelled because his vaccine medical exemption was considered invalid. 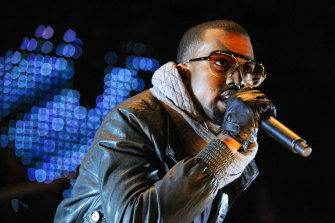 That decision was overturned, but the Federal Court then validated the government’s decision to deport him because his stance on vaccination posed a risk to public health and the good order of Australian society.

West, who has legally changed his name to “Ye”, has a series of concerts planned for March but his vaccination status is unclear. In November, he said he had received one dose but in another interview he likened vaccines to the devil’s work.

Mr Morrison’s delivered his blunt message while visiting Queensland on Saturday, stating “the rules are you have to be fully vaccinated, they’re the rules”.

“They apply to everybody as people have seen. It doesn’t matter who you are, they’re the rules. Follow the rules [and] you can come, if you don’t follow the rules you can’t.”

Earlier, Trade and Tourism Minister Dan Tehan said the decision on whether to grant West a visa rested with Immigration Minister Alex Hawke and that he would look at that “application like he does for other visa applications”.

“I can assure everyone, all Australians, that it will be looked at in a diligent manner and like all of these applications, the applicant would have to adhere to Australian rules and application protocols for that to be approved,” he said.

“The Minister for Immigration will make a decision on this like he does on all visas and it will be very much done with the proper diligence and a decision taken which shows that he needs to apply in accordance to the rules, as it is for everyone. But I wouldn’t like to say anything more on this that in any way might prejudice his decision.”

Victorian Health Minister Martin Foley said Mr West was welcome to come to Australia “under an appropriate visa, subject to the terms of those visas”, like any other global figure.

“As we all know, visas are a matter for the Commonwealth,” Mr Foley said. “I don’t, frankly, know Mr West’s vaccination status.

But Mr Foley said he had been advised “that apparently Mr West claims to be vaccinated”.

The Home Affairs Department’s website states that travellers to Australia have to be fully vaccinated and present a vaccination certificate on arrival.

“If your vaccination certificate does not prove that you meet Australia’s definition of fully vaccinated, you cannot use it for leaving or entering Australia,” the website states.

The Age and The Sydney Morning Herald revealed on Friday that West would have to adjust his tour schedule because the AFL, which owns Marvel Stadium, would not shift a fixture between Collingwood and St Kilda so he could perform at the stadium.

The musician is now likely to shift his Melbourne concert from March 21 to the weekend beginning March 12.