How do I write thee? Let me count the ways … no, there are too many to count. Every writer has made their own journey, and no two are quite alike. So how can you possibly teach anyone how to write, say, a novel?

Despite the difficulties, there have probably never been so many writing courses and guides on offer, and people eager to take them up. Two of the latest books by Australian writers are perfect illustrations of how different writing advice can be. Both are eminently absorbing, encouraging and inspiring for the novice. In other ways, they are poles apart. 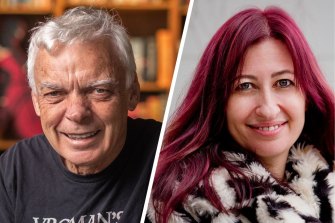 This is largely because they each take a contrasting approach to the mysterious forces of creation. Graeme Simsion is a plotter: he works out exactly how his books are going to go before he starts writing. Lee Kofman is a pantser: she sits down and writes and just keeps an eye on what is unspooling from her deeper consciousness.

In The Novel Project, Simsion reveals the techniques that helped him to write his bestselling trilogy of Rosie books. Some of them are adapted from theories around how to write a screenplay (his first novel The Rosie Project began life as a film script).

Step by step, he takes you through concept, synopsis, brainstorming your story, organising it and reviewing it. Only then do you get to the first draft. And then there are more steps. He makes the process sound almost as simple and straightforward as an Ikea diagram – though, of course, it will take much longer than knocking together a bookcase, and you might lose or gain a few screws on the way. 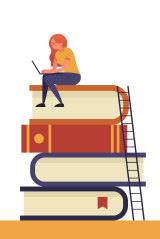 Every author’s journey to writing a novel is different.Credit:Shutterstock

Simsion is sometimes disarmingly candid about discovering what worked and didn’t work for him. Kofman, a novelist, memoirist and writing coach, takes that candour to another level in her book The Writer Laid Bare, which is as much a writer’s memoir as a writer’s guide.

She confesses to a writer’s block that lasted for years: still writing, but stuck in what she calls “nonesty time”, when she was out of touch with how her writing process worked. Crippled by anxiety, she was trying very hard and experimenting with techniques similar to Simsion’s, but with disappointing results.

Kofman’s way out of “nonesty time” involves dealing with the terror of a first draft by attacking the page in fast and furious typing sessions. The speed induces a temporary loss of self-consciousness, she writes, “making way for more visceral ways of perception”.

The real difference in these two approaches lies not only in their methods but also in identifying the place where ideas spring from. Simsion says the writer must move from seeing creativity as unpredictable magic to seeing it as an aspect of thinking that can be managed, if not always summoned at will, and he has practical suggestions for summoning it. Kofman urges her followers to be emotionally honest: write about what is urgent, what you need to understand, and what makes you blush.

I’d advise novice writers to look at both these books. You might lean instinctively towards one way of writing, yet you might still learn from the other approach. It takes time to work out what is best for you, and what is best may change at various stages in the process. Rejoice that we have two experienced writers prepared to share their very different thoughts and methods.