There has to be a German word for the phenomenon of switching sides in a cultural argument. If there isn’t, we need one because this week, Meghan, the Duchess of Sussex, achieved the post-colonial impossible: she made us sympathise with the royal family.

The publication of a long-form profile of “Meghan of Montecito” in US outlet The Cut has swung the pendulum, heftily. 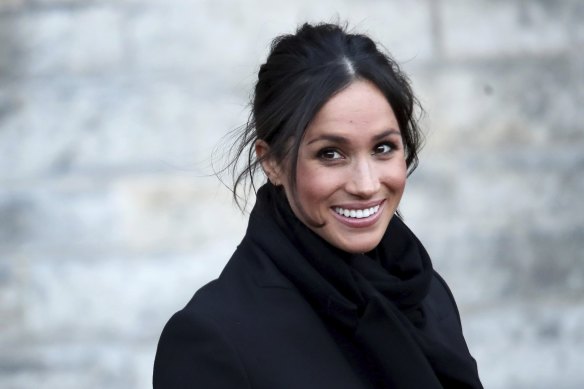 Meghan Markle opened up about her new life in California in her interview with The Cut.Credit:Getty Images

With sadness, many of us have moved to the same side of the dispute as Piers Morgan – never a comfortable position to find oneself in.

In the interview, Meghan complains about the Windsors again, with one of the complaints being she wasn’t, as a working royal, allowed to run her own Instagram account. Breathtakingly, she seems to compare herself to Nelson Mandela.

She recounts being told by a South African person that when she married Harry, his countrymen “rejoiced in the street the same we did when Mandela was freed from prison”.

Meghan did the interview to promote her new podcast, which is one of several broadcast projects she and Harry have secured money for, with the amorphous goal of using their platform to do good (at great personal profit).

Those of us who had previously thought Meghan had been given a rough run, treated with racist contempt by the British press and subject to misogynistic assumptions about female ambition, were given pause in our rush to condemn the hapless, horsey Windsors.

Beaten down by scandal and their own ineptitude, they were never a match for the celebrity wattage that Meghan brings, with her Oprah-adjacent American aesthetic, her emphasis on wellness and righteousness, and her apparent inability to be a private person.

The conundrum of the royal family is the interplay between their public role and fierce maintenance of their privacy. They exist for the public, but their privacy is such that we rarely hear them speak; they are forced to conduct public weddings and christenings, but we know next to nothing about them as people, not really.

The Queen is probably the most famous person in the world, and yet it would be impossible to describe her personality beyond adjectives that capture her public demeanour – stoic, dutiful, proper. 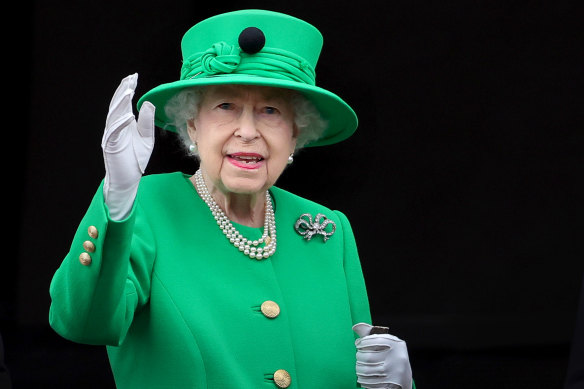 I would add clever to that list, because Liz II knows the best way to shield yourself from criticism is to maintain detachment and to never give your critics oxygen.

Meghan and her husband have not been paying attention. They moved to the United States to escape the glare of the (notoriously rotten) British tabloid press, yet they seem intent on winning over the American media.

They have been largely successful – a sympathetic, sit-down interview with Oprah is the apotheosis of the US media, and they bagged that right away.

Sadly, the internet has collapsed the distinction between media markets, and the couple seem startled to realise that they cannot entirely control their image in any jurisdiction. 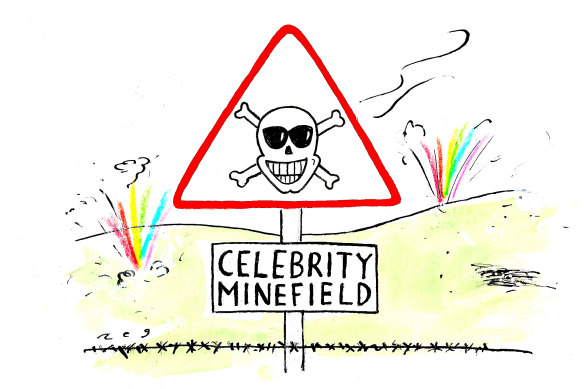 The interview came around the same time as an online debate about whether or not  pop star Harry Styles was guilty of “queerbaiting”.

Styles is a heartthrob and fashion darling famous for his gender-fluid dress sense. He wears pearls, gauzy blouses and stacked heels. His on-stage outfits have been compared with David Bowie’s Ziggy Stardust years.

Styles is dating an older woman with kids — actor and director Olivia Wilde — but he has been coy (or simply private) about his sexuality, leaving it open for interpretation.

This has led critics to charge him with queerbaiting – which means he takes on the cultural clothing of queerness, performing it in public, while actually being straight as a pole.

The argument is that you shouldn’t be allowed to leverage the cultural cachet of queerness unless you have lived experience of it, including the discrimination and prejudice queer people continue to suffer.

Some have demanded that if Styles is indeed queer, then he must come out publicly, to show solidarity.

I can see their point – they are essentially accusing Styles of being a phoney, and exploiting their hard-won cultural visibility to sell records, without taking any real risk. (Sadly, I cannot relate – no one in pop culture is trying to co-opt the aesthetic of the 40-something Kmart mum to boost their street cred, but I stand ready to be outraged if they do).

But the Styles and Meghan phenomenons are related, I think, in that they both reinforce the ridiculous amount of power we have vested in our celebrities.

Political activism, particularly in the US, has leaned on celebrity endorsement for so long that it has become part of the contract of fame – if you want to be really big, you also have to hold righteous and correct political opinions.

You must be prepared to articulate them publicly, and if you get that wrong, social media pile-ons will affect your reputation and your advertising deals.

This seems rough for people who are young, cosseted inside a fame bubble, and often, one suspects, quite stupid.

If we need them to stand as “allies” for the progressive causes of our time, then we must be prepared to accept the art they produce will be bland and relatively conformist, created with one eye on its TikTok reception.

Styles is no David Bowie – he was genuinely transgressive and made experimental, avant-garde music that pushed the boundaries of pop. Styles makes lovely tunes.

None of which is to say that celebrities shouldn’t use their power to promote good causes.

It is just that if we bind activism and celebrity together, we may end up with too many Meghans – do-nothing celebrities who depend on activist causes to maintain their fame, creating the ultimate non-virtuous circle.

The Opinion newsletter is a weekly wrap of views that will challenge, champion and inform your own. Sign up here.