It’s the year’s space-saving (and silliest) festive trend, but…Is half a tree really double the fun?

Whether you favour an artificial or real one, nothing makes you feel more festive than decorating your Christmas tree.

For me, every Christmas is the same. I start to decorate my tree with excitement, determined to make it a chic and stylish affair.

I spend the first 15 minutes carefully colour-coordinating all the baubles and spacing them evenly apart, starting at the top and working my way down.

My red sparkly star sits at the pinnacle, then come my hand-painted baubles from Heals. My beautiful glass Liberty decorations go at eye level at the front where everyone can see them. 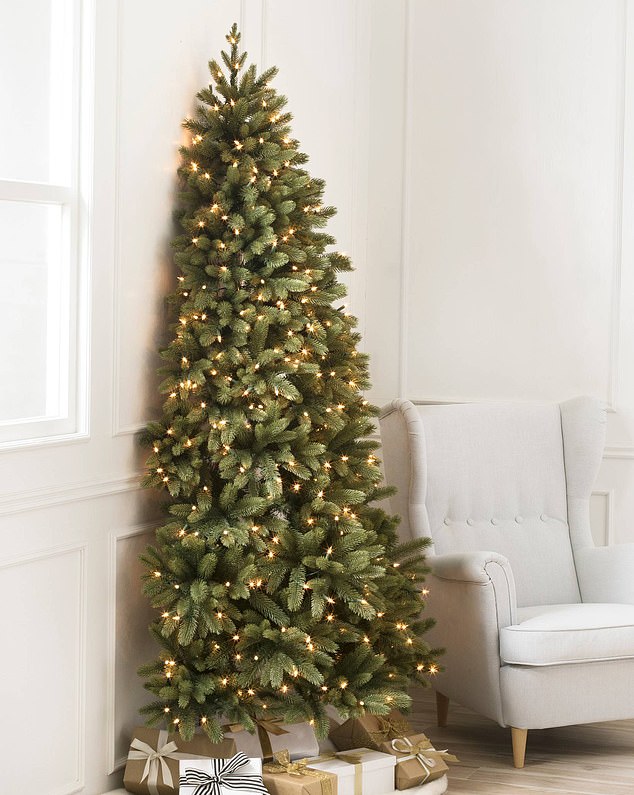 Claudia Connell gives her verdict on a selection of ‘half’ trees as the trend becomes huge across the UK. Pictured: Chelsea Flatback Tree, by Balsam Hill

But by the time I reach the bottom, all enthusiasm has gone, and I’m slinging them on any old how.

Then there is the issue of the back of the tree. By this point, I’m generally two glasses of Baileys in and just want the wretched job finished, so sling the chipped pound shop jobs on the rear and have done with it.

But what if the tree had no back? Artificial ‘half’ trees — models designed to sit flush against a wall — are a huge trend this year.

Looking as if they’ve been sliced in two down the middle, they are brilliant space-savers for those who don’t have living rooms large enough to comfortably to contain a whole one. They’re also perfect for lazy bones (like me) who only care about the front of the tree.

The beauty of these models is that, despite having no back, they look like perfectly normal trees from the front. At least, that’s the idea. But does it work in practice?

Read on to see which half trees get full points from me . . .

As soon as I open the box I can see this tree is going to be a classy affair. ‘With looks befitting a high-end flat in Central London,’ as it says on the website. In my case it’ll have to slum it in a terraced house in Brighton.

Like all the models I test, it needs assembling. But it’s nowhere near as daunting as the lengthy instructions made it seem. The tree comes in three chunky sections that slot into a sturdy stand.

Once assembled, the branches need to be fanned out so that the tree looks full and bushy. Balsam Hill even provide cotton gloves to save fingers getting pricked on the needles.

Once decorated in all its 6ft glory it looks magnificent.

Verdict: It’s pricey, but will last for years and has its own plastic holdall for storage. 5/5

AS SEEN ON TV 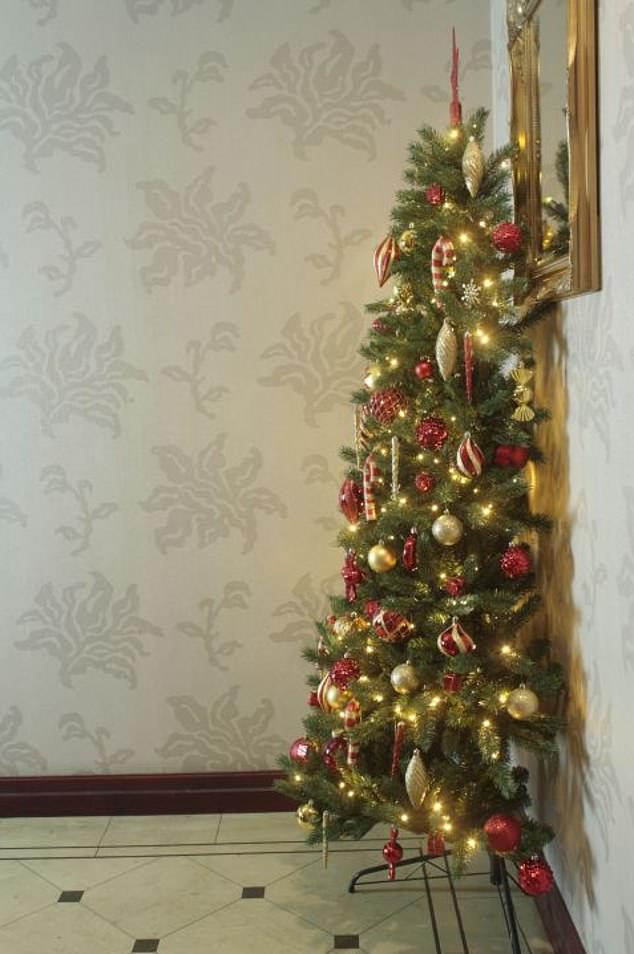 At 7 ft high it’s the tallest one I try, and at 13kg it’s a bit of a struggle for one person to assemble. But the three sections of tree are clearly labelled so that even a self-assembly dimwit like me can’t go wrong.

The tree looks bushy and comes pre-lit with fairy lights that can be set to a variety of twinkling programmes. Each section of lights needs to be hooked up via a series of connectors. I find this fiddly but the 380 lights look magical.

Verdict: Expensive, but at 7ft it’s a showstopper. 5/5 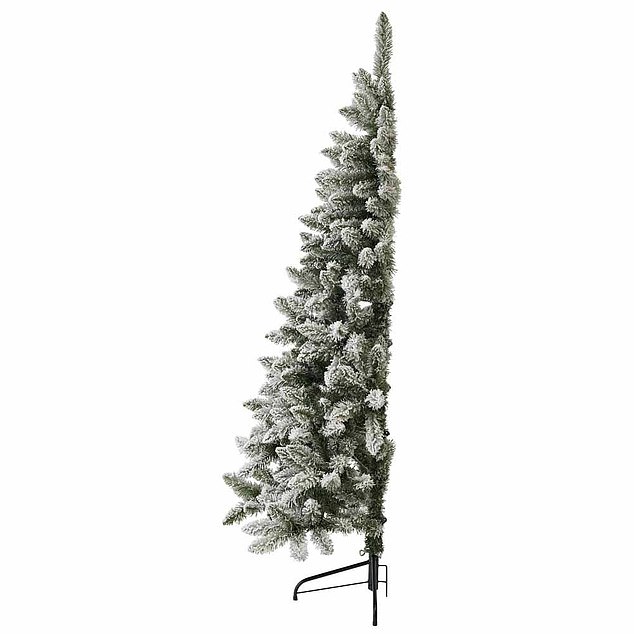 Anyone who thinks an artificial tree is naff will need smelling salts at the thought of a half tree with a snow-effect finish.

This tree (main picture) is lightweight but doesn’t feel flimsy, and everything slots into place in a few minutes. However, the fake snow sheds like nobody’s business, and by the time I’m finished dressing the tree it’s everywhere and I need to get my Dyson out.

There’s also some serious gapping in the branches and it takes a lot of re-arranging to not see the kitchen wall behind. Still, it looks surprisingly chic.

Verdict: A good mid-range option for those that like a bit of Scandi style. It’s just a shame about the shedding snow. 4/5 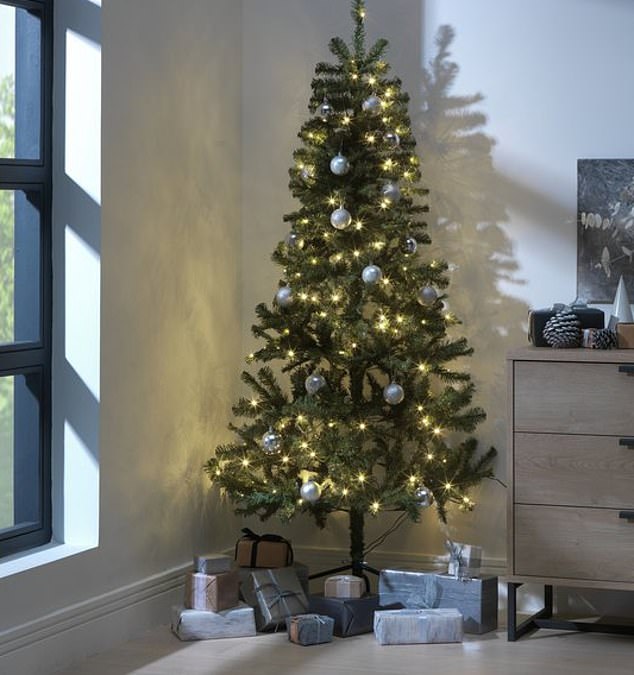 I’m now a pre-lit tree convert. The only trouble with this one is that, as much as I fiddle with bulbs and connectors, I can’t get the top section of lights to come on.

The flimsy branches don’t want to stay in place when I re-arrange them, pinging back to where they originally were. When assembled there are big holes between branches and it’s impossible to hide the wall behind — it would take ten times the baubles I have.

Verdict: A good price and the stand is sturdy but it’s a rather sad-looking affair. 2/5