The teal wave that swept over inner-city electorates from Sydney’s northern beaches to bayside Melbourne and to Curtin in Western Australia on Saturday night was devastating for those who had believed there would always be Liberals in the wealthy heartland seats of Australia’s big cities.

Up to six new “teal” candidates will join Zali Steggall and Helen Haines on a swollen crossbench which, could grow to as many as 15 – the largest since World War II – with the addition of several Greens and a new independent member for Fowler in Sydney.

Much was said about this group of professional women during the campaign : that they were fake independents, that donor Simon Holmes a Court was a Svengali co-ordinating them as an undeclared party, and that their election would bring chaos to parliament.

But huge swings to them in previously safe Liberal seats showed voters were prepared to defy Scott Morrison’s scare campaign, suggesting to their backers and electoral experts that they filled a real need in the community.

The question remains, though: are the teals are here to stay or will those seats revert to Liberal type after one or two terms, once the spectre of Morrison’s “bulldozer” approach to government has faded into memory?

Ask the independents themselves and they all say their beliefs have not changed, that the Liberal Party’s have and they have moved away from those of their electorates. 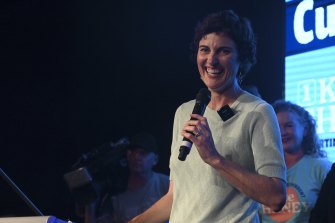 “The sensible-centre independent candidates across the country have stepped up to fill the space left by the Liberal party’s shift to the right,” said Kate Chaney, the independent likely to win Curtin in WA.

“Like many other communities around Australia, we scratched the surface of Curtin and found a deep desire for change – the Liberal Party is unlikely to feel entitled to this seat again.”

Former ABC journalist Zoe Daniel, who claimed victory over Liberal assistant minister Tim Wilson in Goldstein, echoed the words: “The commonality (across the country) is that the Liberal Party has lost its centre.“

She also pointed to climate and integrity as major issues, but said gender equality and the “lip service” paid to it by the Coalition was also a huge factor.

On Saturday night, Sophie Scamps, the new member for Mackellar in NSW, said her priority policies had come directly from the residents and were crystal clear, including urgent and strong action on climate change. 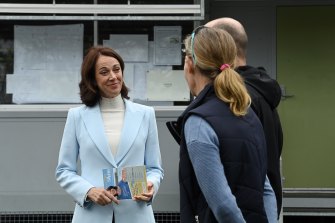 Liberal Senator Simon Birmingham, the former finance minister, acknowledged on the ABC’s Insiders program on Sunday that the loudest message from the election was the loss of heartland seats. He blamed his party’s obstinacy on a particular culture-war issue: the drawn-out debate and plebiscite over same-sex marriage through 2016-17.

This, he said, should have been resolved with a simple conscience vote in parliament.

But the beginnings of the movement date back further. It started with community rumblings around former Liberal MP Sophie Mirabella in the northern Victorian seat of Indi, which led to the formation of the pioneering Voices for Indi group and the election of Cathy McGowan in 2013. 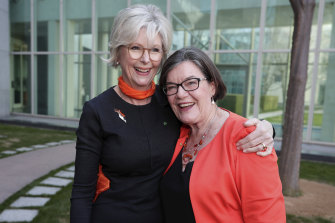 Helen Haines with Cathy McGowan, who has become both a mentor and an inspiration to the teal independents.Credit:Alex Ellinghausen

The “Voices” model has been exported across the country and versions of it have underpinned most of the successful independent campaigns.

As with that original victory, big-picture concerns and trends were clearly important to the election, but local factors also played a part.

Kooyong independent Monique Ryan told the ABC on Sunday that she had benefited from huge local support in the wealthy former Liberal seat, but also a change in local demographics. An increase in higher density housing and an additional 5000 younger voters had entered the electorate since the 2019 election.

Issues have been the motivating factor, but strong local campaigns put them front of mind for people who have, until now, habitually voted Liberal. 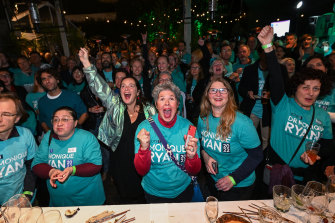 Climate change and issues of integrity were front of mind in the teal seats.Credit:Joe Armao

After McGowan retired from politics, fellow independent Haines won the seat of Indi in 2019 and again in this election with a resounding 8 per cent primary swing. In this seat, at least, the teal wave is proving enduring.

McGowan herself became both a mentor and an inspiration to the teal independents. She told The Age and The Sydney Morning Herald on Sunday that she was not surprised by the independents’ strong showing, which had the common characteristics of wide community involvement, impressive candidates and well-organised campaigns. They had big and well-organised groups of volunteers behind them.

And a good deal of money. These independents have been massively successful at raising funds locally. Daniel in Goldstein, for instance, raised more than $1 million for her campaign.

But the clincher was the financial and practical assistance of political fund-raising body Climate 200, founded and convened by clean energy investor Holmes a Court. It contributed about $12 million from more than 11,000 donors, including himself, to 23 candidates across the country. 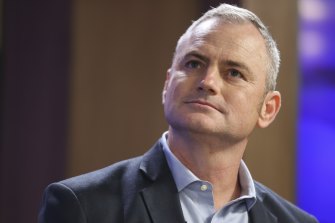 Holmes a Court was being low key on Sunday after a controversial final day of the campaign when he was involved in a polling booth confrontation with former superannuation minister Jane Hume.

In a written statement, he said: “This is a moment to celebrate the success of these community independents and the support they have received across the country.

“Climate 200 will spend the next few days reflecting on what has been achieved and what might happen next.”

He also indicated he was not content with a one-off shock to the political system and the ousting of his nemesis, Josh Frydenberg, from Kooyong.

“The nation has changed as a result and we must make sure this becomes a watershed rather than a moment,” he said.

Kos Samaras, former Labor strategist turned pollster who conducted research for Climate 200, said the combination of grassroots community organisation and the financial and strategic backing of Climate 200 was “more sophisticated than any Labor campaign I ever worked on”.

He insists the independent movement is no political fad. “The independents have ripped out a significant part of the Liberal vote, like the Greens did to the ALP, and those voters are not going back.”

More troubling for both major parties, says Samaras, is that the new independents have shown how political campaigns can be organised and won.

“People have learned how to do it and that’s great for democracy.”