Dating is more complicated than ever right now: you can be benched, breadcrumbed, and ghosted by your Tinder match… all in the same week. And even when a great first date gives you butterflies, knowing what to do next can be confusing AF. Luckily, in Elite Daily’s series, We Need To Talk, our Dating editors break down the latest terms, trends, and issues affecting your life with their own hot takes to figure out how to navigate finding love in a world that changes faster than you can swipe left.

Have you ever experienced relationship limbo? You know, that state of ambiguity when you’ve been hooking up with a long-time crush you’re beginning to catch feelings for but you haven’t had "the talk" yet? There’s nothing more painful and confusing than feeling ready to DTR with a partner who isn’t quite there yet. So, what do you do in that scenario? Do you wait for them and hope that they’ll change their minds? Should you lay all of your cards on the table, knowing you may win big or lose it all? Though you may be tempted to draw a bath, blast Lana Del Rey’s newest album, and uncork a bottle of merlot, your friendly neighborhood Dating editors are ready to talk it out. Together, we debated how to deal with a long-term hookup that’s growing one-sided.

This is the conclusion we came to.

SO fun fact: tomorrow marks three years since me and matt’s first kiss

we both went through periods where one of us wanted to and the other didn’t and we just believed that, idk, one of us would change our minds at the right time? and it would work out?

BUT PLOT TWIST!!! it did! his sh*t is all over my apartment

LOL we love that for you

yea, and i 100% believe that you should never have to convince someone to date you / never would give someone that advice

BUT i feel like a hypocrite because it happened to me! i changed my mind

SO much of it can be about timing, yes, but ultimately, if someone doesn’t want to be exclusive, you cannot force anyone to do anything they don’t want to do

i’ve told you about this before but there was once a guy i was dating for a few months and he said we could be "exclusive but not official" (like, uh…. ok dude)

and i really just wanted the relationship label and he refused

and in hindsight, i really wish i had just walked away, rather than waiting around for him to change his mind

sometimes a no really is a no

(and also, in retrospect, he was not a nice person, so bullet dodged…)

TBH, wouldn’t you rather date someone who is totally positive that they want to date you, and you only?

yes!!!! but i had to learn that the hard way 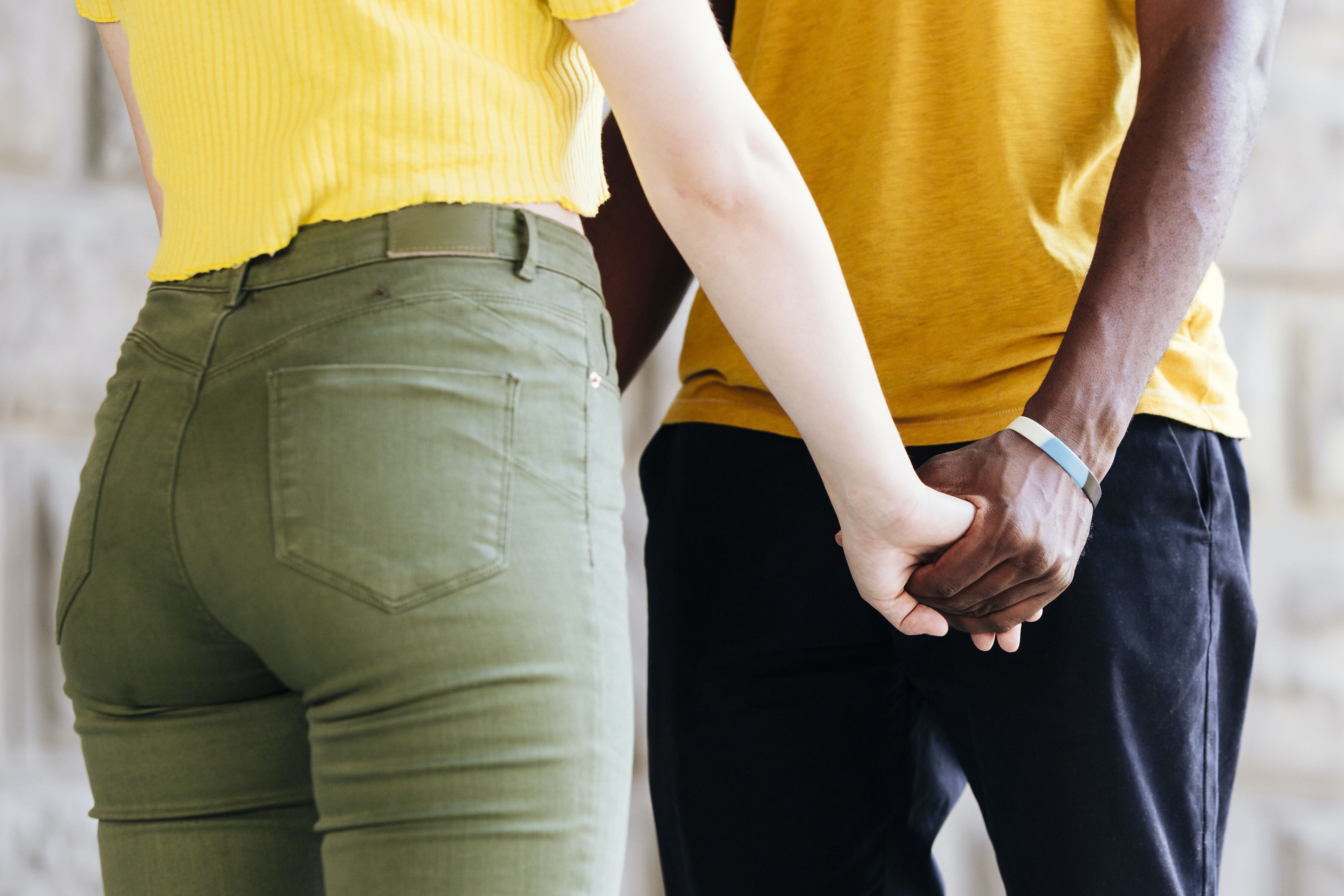 i feel like everyone has been in a situation where they’re hooking up with someone, really like them, but then they say they don’t want anything serious

BUT you like them so much you stick around because even though you say you don’t want anything serious, too, you’re hoping they’ll fall in love with you?

i think it’s super toxic and painful but tough to avoid sometimes? because you catch feelings so hard?

but sometimes it DOES work out

so my two questions are

1. how can you tell if you’re in one of those situations that will work out in time, à la iman & matt?

2. if you’re in one of those situations, what do you do?

1. you have to talk about it

i went through this

and even though i wasn’t seeing anyone else, i didn’t want HIM to see anyone else so i brought up exclusivity (granted, in the worst possible way/most vulnerable situation/in bed/perhaps i was feeling connected to him but he was clearly not) and he was like UH UH UH and just expressed he wanted to keep seeing other people

for maximum clarity / minimum awkwardness, the convo should happen outside bed

so anyways, the point is my mom said to me "if you love someone set them free. if they come back they were always yours if they don’t they never were etc etc etc"

i think one Q to ask yourself is this: what is standing in the way of you DTRing?

because if it’s a mismatch of feelings, you prob can’t get over that

but if it’s timing, friend group dynamics, getting over an ex, etc… THOSE are situations that can fade and evolve

one person says they don’t want to DTR even though the emotional connection is there, but they’re making excuses (i.e. school, friend circles, etc)

Other times, one person may feel emotional connection, but the other just doesn’t think it’s there

and THAT’S when it’s really painful and not salvageable

i think if you’re honest with yourself, you can suss out if that emotional connection is one-sided or not

(which is hard and awful and cringey, but hey)

those types of non-exes still make me so upset

i think it’s the lack of closure

if you want to DTR, how do you do that?

pass along the wisdom!

I know it’s much easier said than done, but you have to be willing to walk away when your needs aren’t being met

it’s a form of self-care

yeah being willing to walk away

ultimately, if someone wants to DTR, they will. period.

i think you just have to say: "hey, i really like you and here’s why. i want us to look like XYZ. whether that means using certain labels, seeing each other a certain number of times a week, etc"

AND you gotta be specific

can i tell you guys two of the most incredible pieces of relationship advice i’ve ever gotten? surprisingly both from dudes

one time i asked a former co-worker who is married, like, “how did your wife get you to commit?” and he said, “she didn’t have to GET ME to do anything. i wanted to commit."

the other one was from a friend’s ex boyfriend (sad) but we were basically talking about the above lets-be-exclusive-after-hooking-up-conversation man and my friend’s boyfriend was like, "so what’s the status on that," and i was like, "IDK man i’m working on it," and he goes, "why are you working on it? why do you have to work on it?" 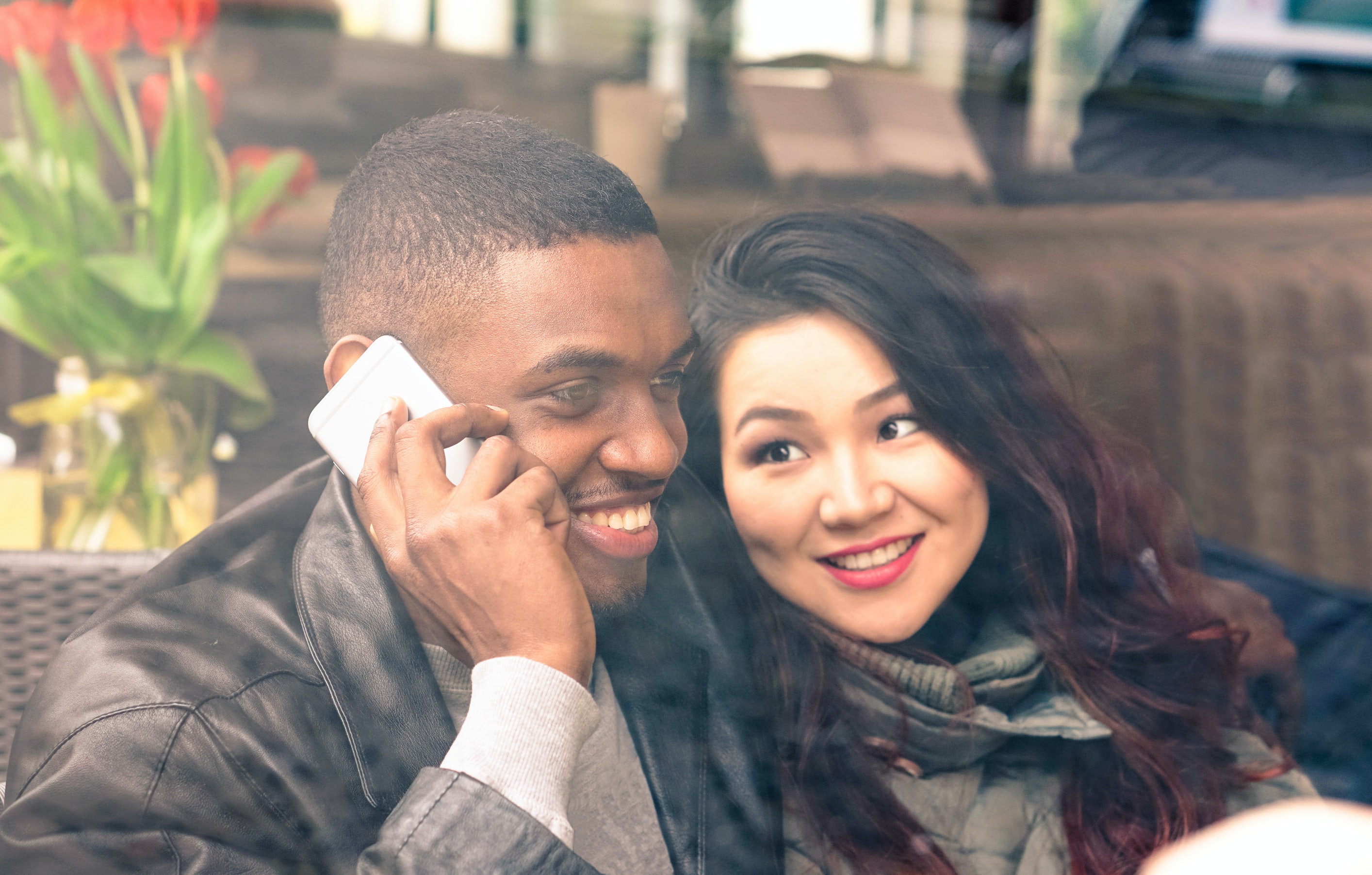 i think it’s such a myth that if you just follow all the right advice and do the right things and suddenly POOF, you have a happy relationship

not every fling SHOULD turn into a relationship and it’s ok to have this convo and have it not work out because as much as that intensely sucks, it’s a good way to learn that you deserve someone who will just commit because they want to!

not because you conned them into buying you pasta

you have to be equally invested

or at least equal-ish over time

It should be mutual and special

and if it’s not working, that’s when you come to the table, willing to respect the other person and walk away

because again, it’s all about respect

setting a strong foundation for a relationship can take time! and that’s ok

some people meet on monday and DTR on tuesday and get married on wednesday and yay for them, love is magical

but also, if it takes you way longer than that, that’s fine, too

so if you’re ready and they aren’t, i think once you make your feelings known, you do have to respect that that they might need some more time

and if takes you longer, you aren’t falling behind

and do not have the DTR conversation after hooking up