Next week’s state election will use “group voting tickets (GVT)” in the upper house, in which parties choose the preferences of all people who vote for them “above the line”.

The system is promoted by so-called preference whisperer, Glenn Druery, who has been strongly criticised by several groups, including the opposition who wants it abolished, for engaging in preference deals to elect MPs who sometimes have won less than 1 per cent of the vote. 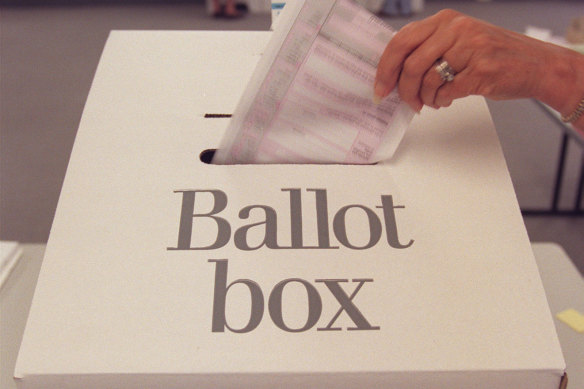 Victoria is the only jurisdiction to retain the much-criticised group ticket system.Credit:Andrew Meares

At the 2018 Victorian state election, Labor easily won a majority in the lower house of the Victorian parliament, but the upper house result was an anti-democratic shambles, as the Greens won just one of the 40 upper house seats, while three parties with very small vote shares won seats.

Results like in Victoria 2018 have led to GVT being scrapped in New South Wales before the 2003 election, the federal Senate before the 2016 election, and in South Australia before the 2018 election, while reforms to the Western Australian upper house will be implemented at the 2025 election.

Victoria is the last Australian jurisdiction that still uses GVT. All other jurisdictions that used GVT have replaced it with systems that allow voters to direct their own preferences above the line. Preferences are either completely optional (NSW, SA and WA) or require at least six boxes to be marked above the line (federal Senate).

Victoria uses eight upper house regions that return five members each, so a quota is one-sixth of the vote, or 16.7 per cent. In 2018 the Greens won 9.3 per cent of the statewide upper house vote, but just one of 40 seats (2.5 per cent). There were three occasions where a party won a seat in a region from under 0.1 quotas (1.5 per cent of votes). 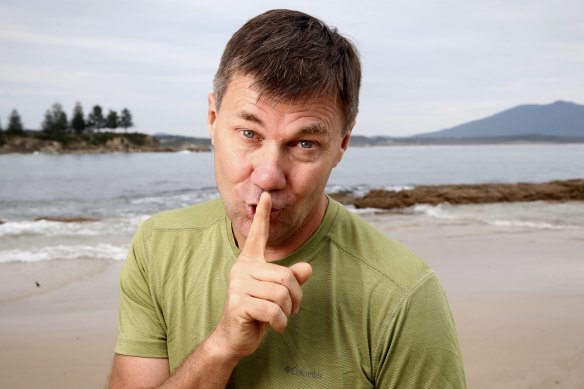 GVT allow very small parties to overtake far bigger parties on 100 per cent preference flows from other parties’ above the line votes. When voters direct their own preferences, the GVT preference spiral does not occur. At the last federal election, preferences were only decisive in one Senate seat: David Pocock’s win in the ACT Senate.

GVTs also increase the prospect that parties will trade preferences to maximise the chances of one party getting elected. This enhances the prospect of corruption.

Labor has held government in Victoria since the November 2014 state election, under Daniel Andrews. In the eight years Labor has governed, they have never proposed anything to scrap GVT and move to a more democratic system. This is a dereliction of Labor’s responsibility to ensure elections are democratic.

At the 2018 election, the upper house result was 18 Labor out of 40, 11 Coalition, one Green, three Derryn Hinch Justice, two Liberal Democrats, and one each for Animal Justice, Sustainable Australia, Transport Matters, Fiona Patten and Shooters, Fishers & Farmers. As tied votes fail, 21 votes are needed to pass legislation.

Labor and the Greens alone could not pass reforms scrapping GVT through the current upper house, and the crossbenchers who owe their seats to GVT are not interested in reforms. But at the 2018 election, the Coalition lost three seats that they would have won under a fairer system.

The Coalition and Labor still easily have a combined majority in the upper house. Labor should have made a concrete proposal for reform. If the Coalition rejected that proposal, then the current situation would be their fault.

Labor has not even attempted to abolish GVT in the last eight years, so we will be stuck with an upper house elected by GVT for at least the next four years.

If the major parties are strong, the effect of GVT is reduced as they will win a large share of seats on filled quotas. In Victoria, if Labor won 50 per cent in a region and the Coalition 33.3 per cent, Labor would win three seats and the Coalition two.

Upper house vote shares at the 2018 election were 39.2 per cent Labor, 29.4 per cent Coalition, 9.3 per cent Greens, and 3.8 per cent Hinch Justice. Labor won 16 of its 18 seats on raw quotas, and received some assistance in Western Metro and Northern Victoria regions.

In 2018, Labor did well and the Greens and Coalition badly from GTV, but that will not necessarily apply at the forthcoming election. Even if Labor wins the lower house decisively, as polls currently indicate, the upper house could be a massive mess.

I have no idea which particular others will win seats: it’s a lottery that depends on preference deals. But Labor’s failure to do anything about this system could lead to far-right parties winning seats that they do not deserve.

For a meaningful vote, it’s best if people vote at least 1-5 below the line. They can continue to number beyond 5, but only five preferences are required for a formal vote.

Adrian Beaumont is a psephologist. This article first appeared on The Conversation.