Letizia, the queen of daring dressing! As the Spanish royal steps out in a semi-SHEER dress for latest outing, how she showcases her ultra toned physique in cut-outs, leather skirts and strapless frocks

She regularly tops the list of best dressed royals, and Letizia of Spain also takes the crown when it comes to daring frocks.

The mother-of-two, 49, has become a fashion reference since marrying into the Spanish royal family in 2004 and becoming Queen when her husband King Felipe VI ascended the throne in 2014.

And after 18 years in the royal spotlight, the former broadcaster has mastered the art of donning revealing dresses tops and frocks while remaining tasteful.

She is known to be partial to a sleeveless top and midi-dresses that hug her every curve, and the Spanish queen has also showcased her toned physique thanks to slit skirts.

She has not shied away from flirting with even more revealing garments, and recently left her fans speechless by wearing a fuchsia gown will waist cut-outs flashing her midriff.

Here, after she stepped out in a semi-sheer dress in Murcia today, FEMAIL takes a look at the subtle way in which the Spanish Queen has ascertained herself as the most daring European royal of them all. 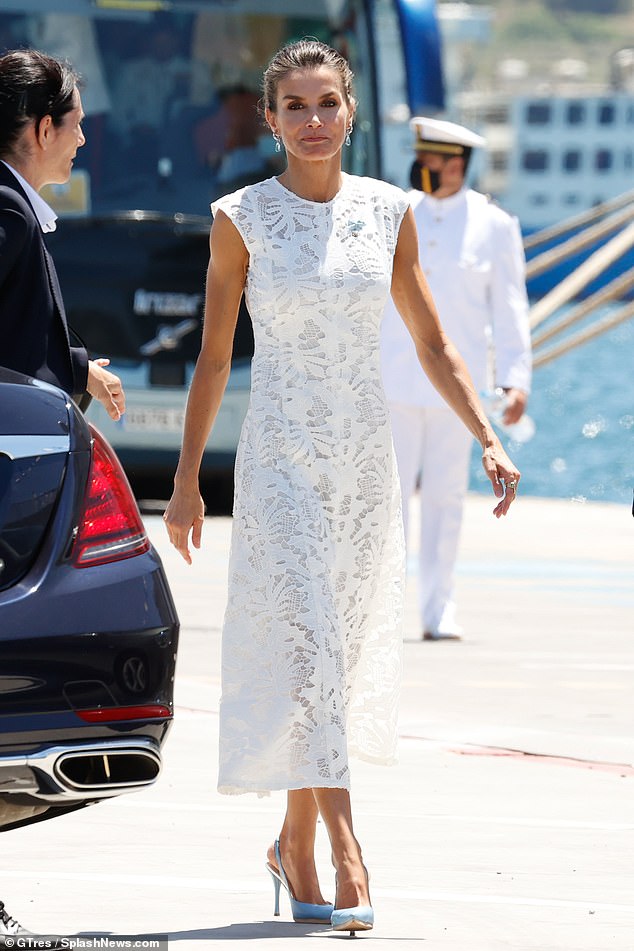 After she’s worn a semi-sheer dress to an official event today, FEMAIL takes a look at how Queen Letizia of Spain, 49, has ascertained herself as one of the most fashion-forward and daring royals of Europe

A true frill-seeker! Letizia has not shied away from flashing some skin over the years, and is known to be partial to a sleeveless top, like this ostrich garment she wore in March 2021 when she visited Andorra 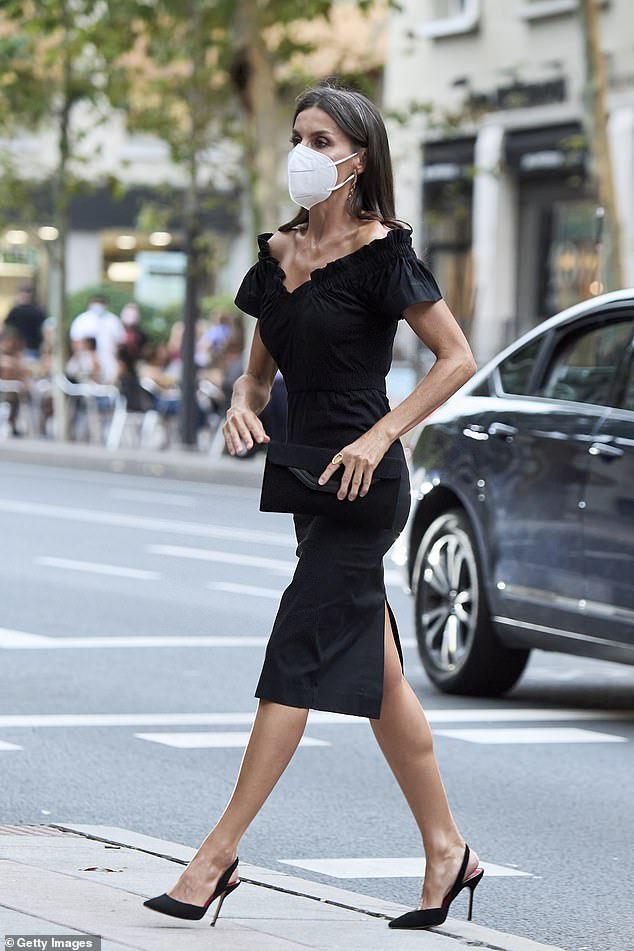 Since becoming Queen in 2014, the Spanish royal has sported an array of revealing outfits, from sleeveless tops to cold-shoulder dresses and revealing slits (pictured in Madrid last September) 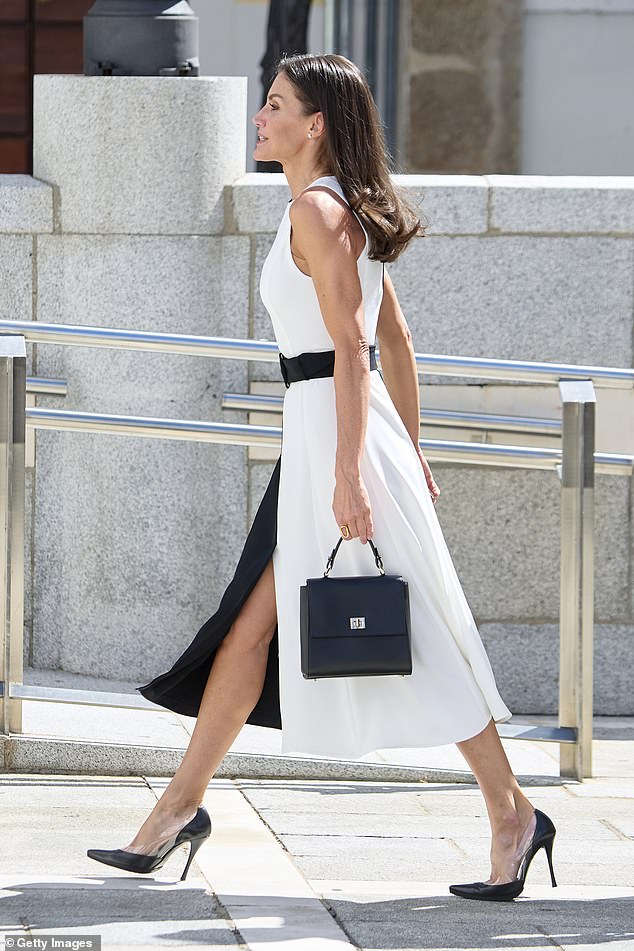 Sheer to that! Letizia has mastered the art of sporting sheer sleeves and nude illusions to show skin without risking to reveal too much 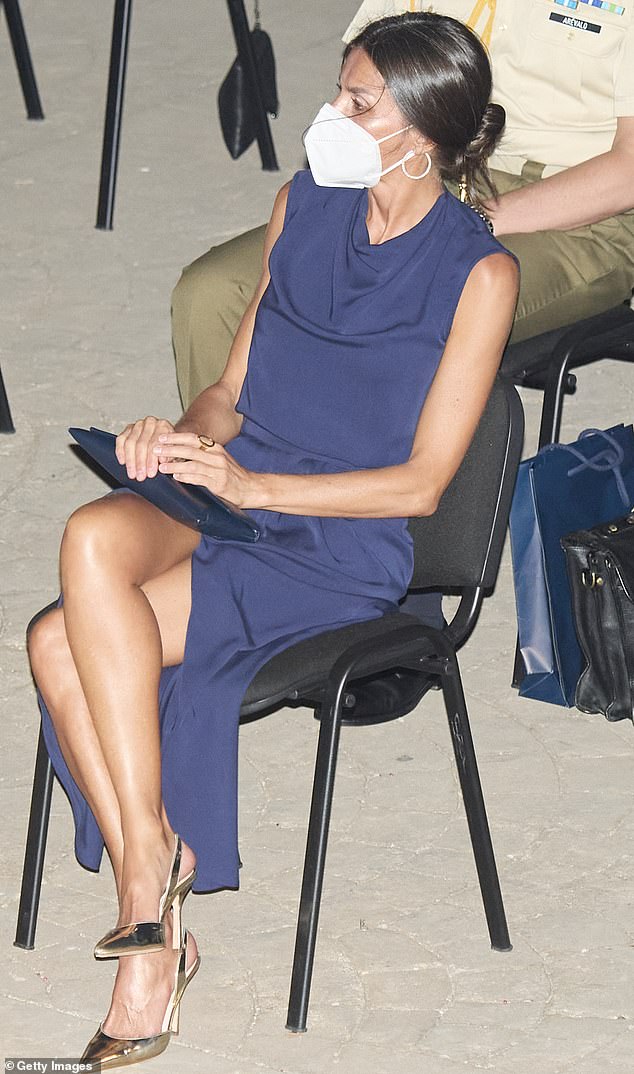 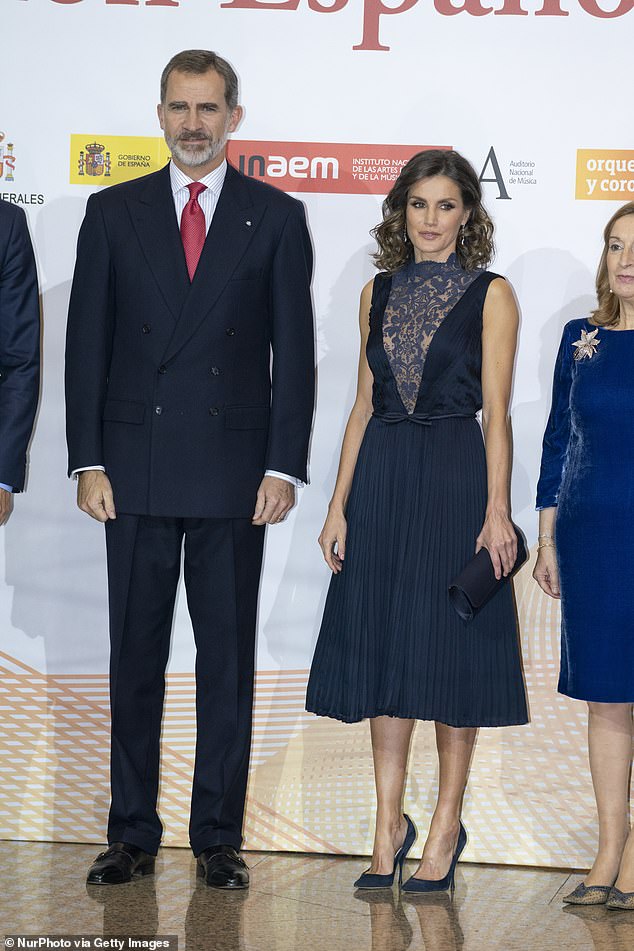 While attending a concert in 2018, Letizia debuted a navy blue dress with a daring lacy nude illusion on the best 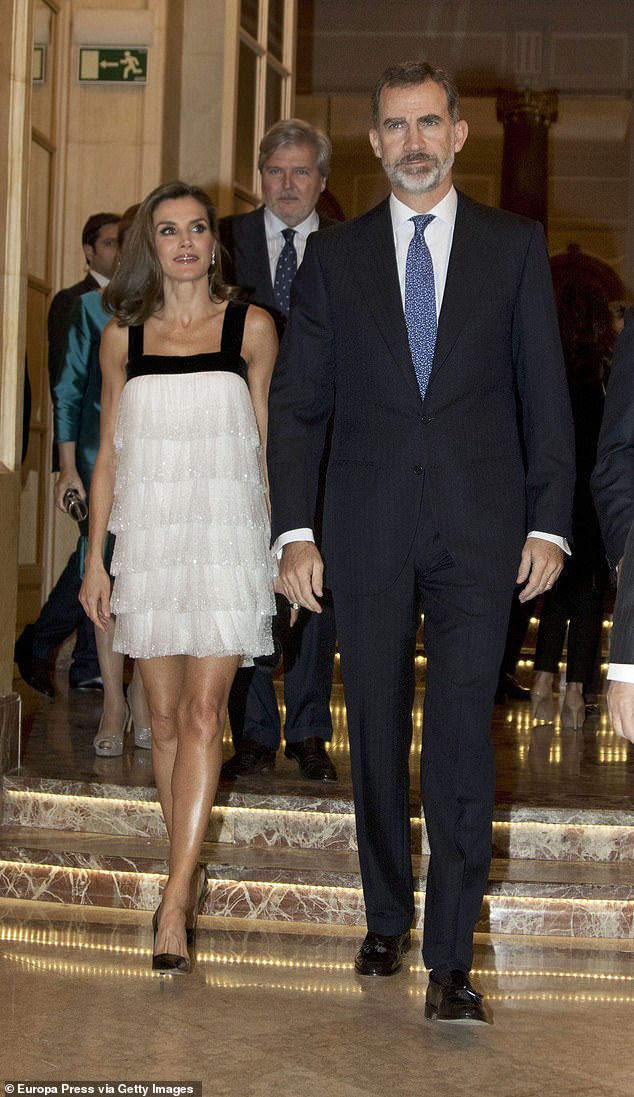 In 2015, left, the royal donned a lacy bustier dress, and in 2021, she donned a daring dress with fishnet detail 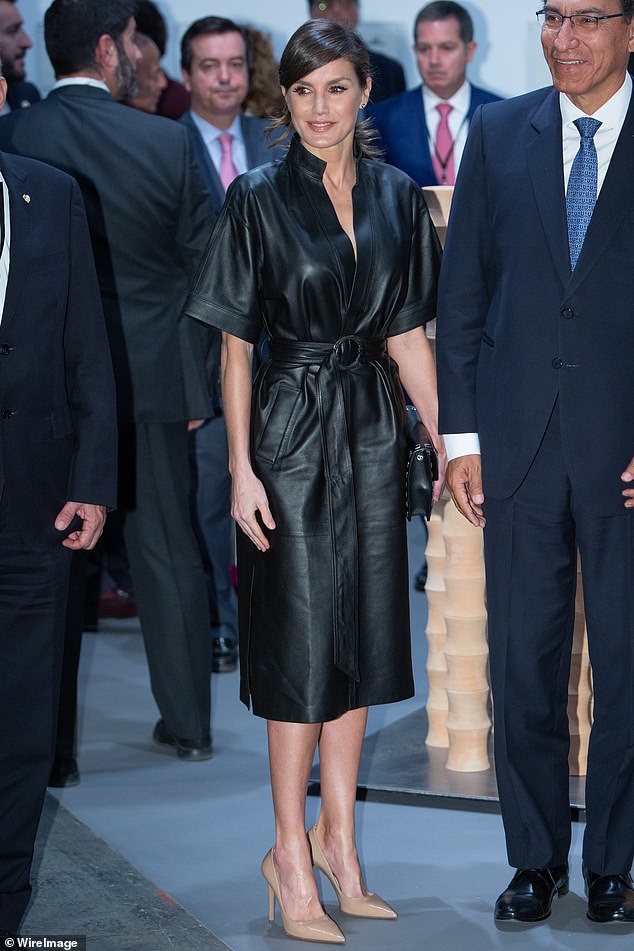 The Spanish queen is not afraid to try novel materials, like this leather black dress cinched at the waist with a built-in belt