A pretty penny! Prince Harry and Meghan Markle could potentially pay a hefty fee out of their own pockets for top-tier security in the U.K., according to royal expert Richard Aitch.

Where Do Harry and Meghan Stand With the Rest of the Royal Family?

“It’s very difficult to put a figure exactly on it,” the director of operations for Mobius International Security told Us Weekly exclusively earlier this month. “The cost for a personal protection officer from the [Metropolitan Police] has been estimated to be around £100,000 a year.”

The security expert noted that the cost could “considerably” fluctuate “over time” with the addition of other expenses, including flights and accommodations abroad. The couple’s children — son Archie, 2, and daughter Lilibet, 7 months — also factor into the fee. 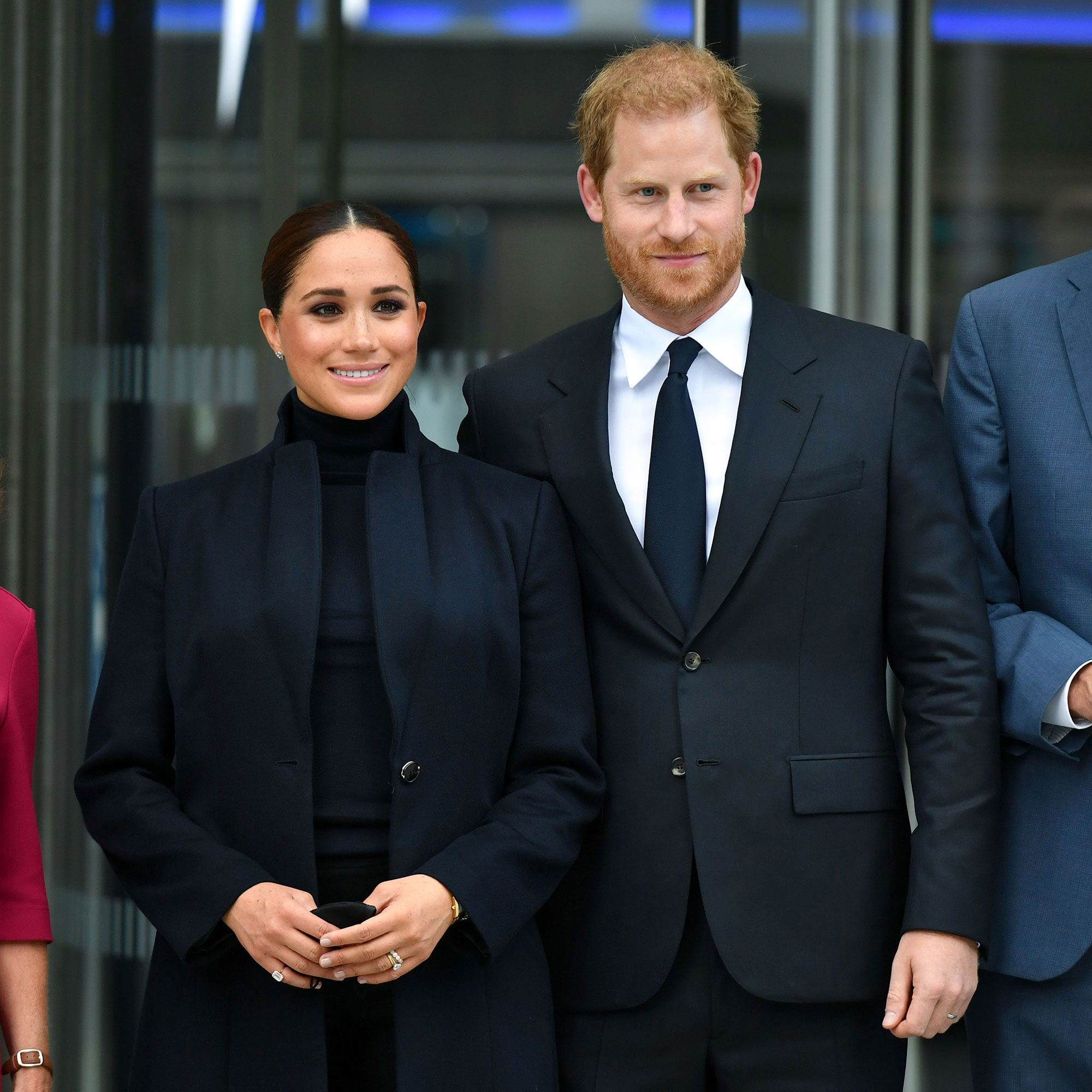 “What may appear as a wish on paper is far more in reality, and the costs can certainly be quite huge,” Aitch told Us.

Harry, 36, issued a statement earlier this month regarding his fight to secure proper protection for his family in his home country following his 2020 royal exit and subsequent move to California. He and the Suits alum, 40, funded their own security team after settling down in North America.

“That security cannot replicate the necessary police protection needed whilst in the U.K.,” the statement added. “In absence of such protection, Prince Harry and his family are unable to return home.”

Everything to Know About Prince Harry’s Fight for Security in the U.K.

The Duke and Duchess of Sussex announced in January 2020 that they intended to step down from their senior royal duties. According to his statement, Harry offered to personally pay for U.K. security for his family during conversations with Queen Elizabeth II and other royals — but didn’t get approval.

“The U.K. will always be Prince Harry’s home and country he wants his wife and children to be safe in,” the statement concluded. “With the lack of police protection, comes too great a personal risk. Prince Harry hopes that his petition — after close to two years of pleas for security in the U.K. — will resolve this situation.”

According to Aitch, Harry’s is a “very difficult” and “unprecedented” situation that will likely require the deliberation of a royal committee.

“This committee decides on who receives protection by the police, and if they do receive it, what capacity does appear,” he told Us. “Their responsibility is to make a determination on security provision to members of parliament, such as the prime minister, the foreign office minister, the home secretary and so on, in addition to members of the royal family.”

Aitch also noted that “not all members of the royal family receive protection,” apart from the senior royals. Harry’s decision to step back from his senior responsibilities complicates the issue of protection.

“At the end of the day, the members of royal family provide a service to the people. They have loyal duties to undertake, and by virtue of that, the U.K. taxpayer then funds the protection for that service,” Aitch continued. “He has relinquished his royal duties, he no longer provides a service to the U.K. people, right? And therefore in the eyes of the government, the question is why then should the U.K. taxpayer pay and fund his personal security? … And that his fully understandable.”

Prince Harry and Meghan Markle’s Royal Drama: What to Know

However, Aitch acknowledged that the potential dangers Harry and his family could find themselves facing haven’t changed since stepping away from the royal spotlight.

“The subject of cost shouldn’t be focused on whether [or] how he provides a service to the people or not alone. By virtue of the fact that he is a senior member of the royal family, he is exposed to a wide variety of serious threats, and the risks to those threats have increased since his departure from the royal family,” Aitch added. “The fact he no longer receives police protection [means] his risk to threats have certainly spiked.”

Buckingham Palace has yet to issue a formal response to Harry’s statement. Earlier this month, however, royal expert Kristin Contino told Us that the queen, 95, has been put in a difficult spot.

“[It’s] hard for her, as a grandmother, to not really be able to intervene,” she claimed. “She’s [not] going to go up against the government and say, ‘Well, you know, you need to give him security.’ … People can see both sides in this situation.”