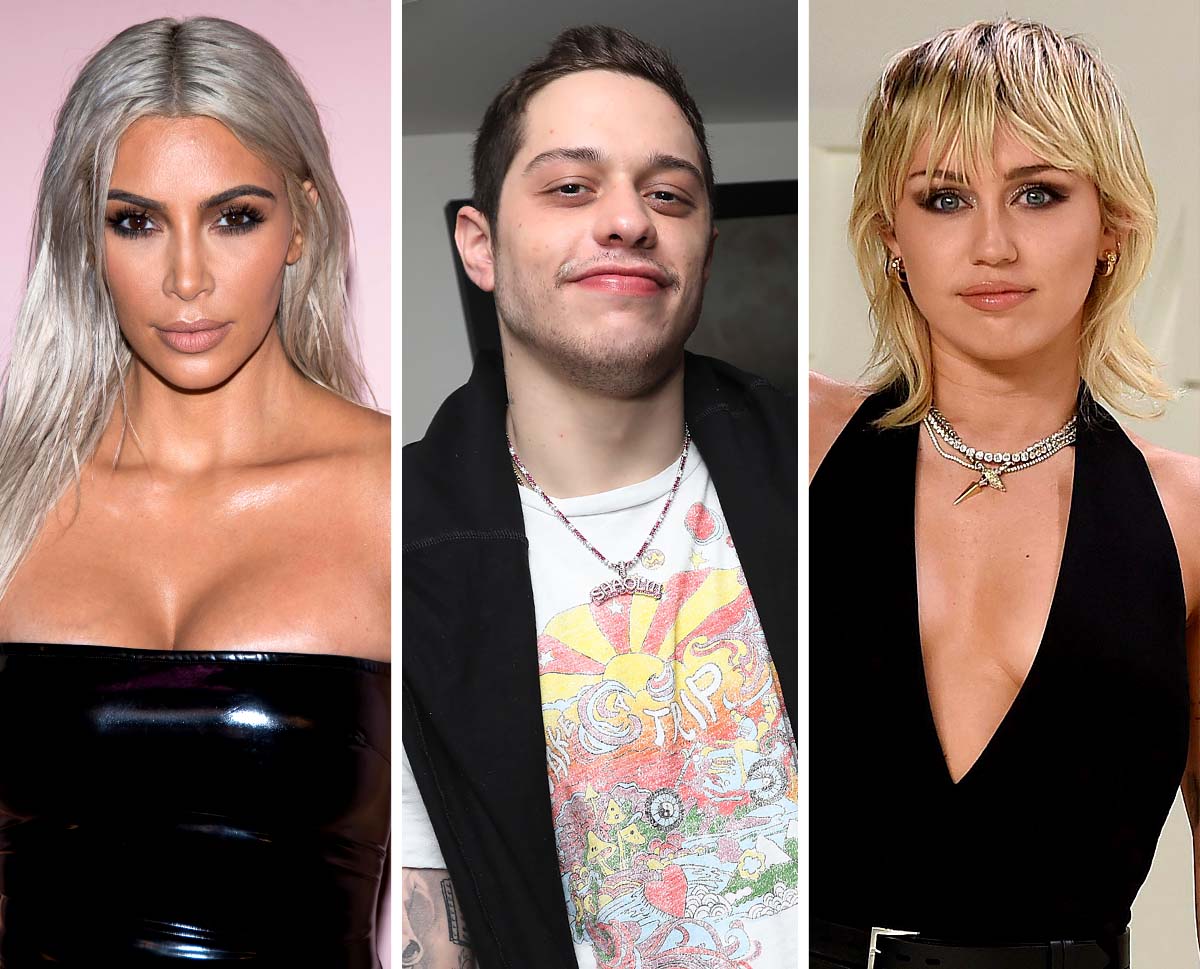 Ready to ring in 2022. Kim Kardashian found a way to show her support for Pete Davidson‘s latest project.

The 41-year-old Skims founder gave her stamp of approval to the 28-year-old comedian’s upcoming New Year’s Eve special with Miley Cyrus. After the “Wrecking Ball” songstress, 29, announced the show with an Instagram photo where she jokingly pretended she and Davidson were a couple, Kardashian “liked” the post.

“BIG DEBUT ENERGY,” the Hannah Montana alum wrote on Thursday, December 9. “Pete & I are official! CO-HOSTS that is! Watch @fallontonight 🗽Our first show together as a pair! We’ll be talking about #MileysNewYearsEveParty hosted by US in Miami!”

During the Thursday episode of The Tonight Show Starring Jimmy Fallon, the “Malibu” songstress also dedicated a performance of Yvonne Fair’s “It Should Have Been Me” to the Saturday Night Live star, filling the 1975 tune with references to his relationship with Kardashian.

“Pete Davidson, this song is for you,” she quipped. “When I saw those photos, this is what I played.”

The King of Staten Island star and the KKW Beauty mogul were first linked in October after Kardashian made her SNL hosting debut earlier that month. The pair were spotted hanging out several times before a source exclusively told Us Weekly that the reality star was “falling for” the Meet Cute actor.

“He makes her feel good and she’s excited to see what happens,” the insider added. “Everything flows well [when they’re together].”

Everything Kanye Has Said About Kim Kardashian Since Their Split

Last month, the pair seemingly confirmed their romance when they were photographed holding hands in Palm Springs, California. In the pictures, the duo were dressed casually as they strolled through a parking lot days after celebrating Davidson’s birthday alongside Kardashian’s mom, Kris Jenner.

Later in November, a source told Us that the relationship was a “positive transition” for the Selfish author after her split from Kanye West. The former couple, who called it quits in February after six years of marriage, share four children: North, 8, Saint, 6, Chicago, 3, and Psalm, 2.

“The past few years of Kim’s life have been super intense a lot of the time,” the insider explained. “She’s learning to move past day-to-day stresses and focus on the fun and sexy things.”

The 44-year-old rapper, however, has been less enthusiastic about his estranged wife’s new relationship. During a concert on Thursday, the Grammy winner asked his ex to “run right back” to him.

In November, the Yeezy designer claimed that he had “never” seen divorce papers (Kardashian filed in February). “We’re not even divorced,” he said during an appearance on the “Drink Champs” podcast. “So how we — because [it’s] no joke to me, my kids want their parents to stay together. I want their parents — I want us to be together.”