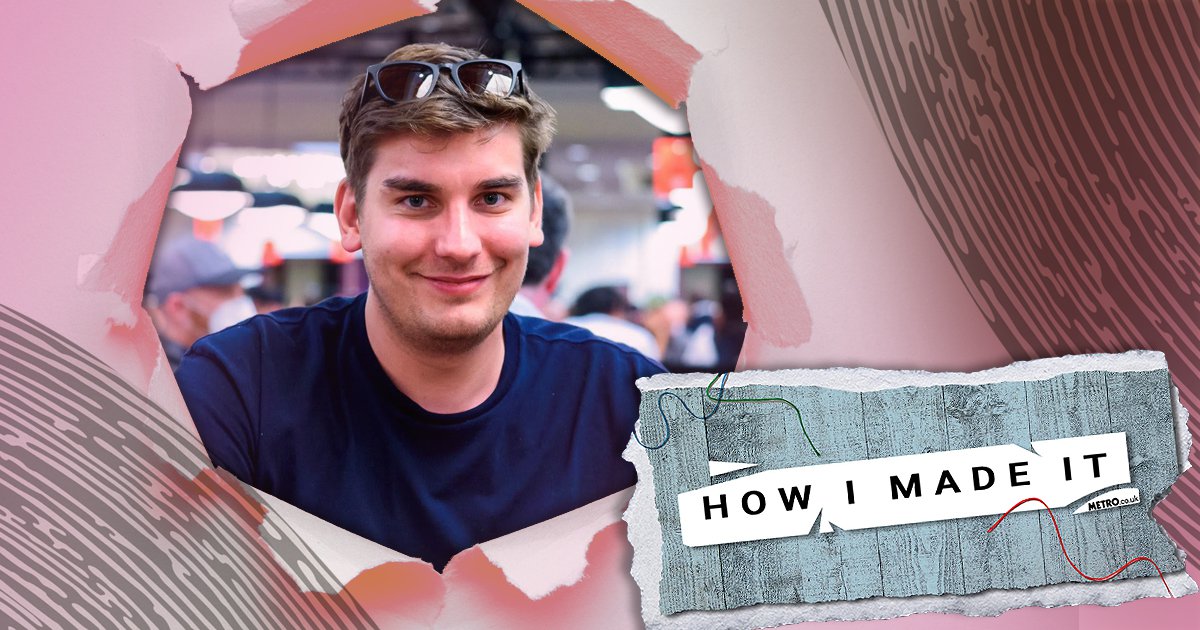 Welcome back to How I Made It, Metro.co.uk’s weekly career journey series.

This week we’re speaking to Josh Manley, a professional poker player based in Brighton.

The 33-year-old has been playing since he was 17 and has now managed to make a career out of the game.

He tells Metro.co.uk: ‘It was the best poker experience of my life.’

If Josh hadn’t been made redundant over the pandemic, he might have never taken the leap to make his side hustle a full-time career.

Here’s now he made it happen.

Hey Josh. How did you get into poker?

When I was 17, my friend introduced me to ‘play money poker’, where you essentially play poker with virtual money and chips without having to invest anything financially.

I was instantly attracted to the game because it was clear that there was an element of skill needed to win.

How old were you when you first played with money?

I was 18 when I made my first real-money deposit online to play very low buy-in tournaments (this means they have a low cost of entry, but therefore a lower-value prize pool).

I also started playing with friends on the kitchen table for a small amount of money.

What made you want to turn it into a career?

I have always loved the game, and for a number of years – while I played purely as a hobby – it provided a good side income for me.

I always dreamed of going pro, but I didn’t really ever think it would happen.

I was scared of leaving my full-time role in logistics to pursue poker, but I lost my job at the start of the pandemic.

It was at this time poker was suddenly going better than ever, so I decided (excuse the pun) to go all in!

How did you go about that?

When you choose to play poker as a career, you have to really know what you’re doing and be fully committed.

For me, I had just lost my job in logistics, so I decided to turn my hobby or ‘side hustle’ of playing poker into something more full-time – purely as a stopgap while I looked for a new role.

But I hit the ground running and I kept winning tournaments – within the first few weeks I knew I wanted to do this permanently.

I also started a Twitch channel so I could broadcast myself playing to others, and really worked on my ‘brand’, online presence and building a community on Twitch, Discord and social media from the very beginning.

Did all this branding make others notice you in the poker space?

I had been streaming for just under a year when I was offered a sponsorship deal with 888poker, and joined their new Stream Team.

Since then it’s been a wild and amazing time, and I’ve been able to play in some great tournaments – most notably the World Series of Poker Main Event in Las Vegas.

How do you manage playing poker without it infringing upon your headspace, for example, with issues like addiction associated with betting, how do you strike a healthy balance? Do you still play it outside of working hours?

I mostly play from 10am to around 5pm every day, but occasionally I do play in the evenings if there are tournaments running that I’m particularly interested in.

To be successful in poker you really need to have strict bankroll management, this means never risking more than a very small portion of your bankroll every time you play.

Poker can be quite challenging mentally, as you have to stay incredibly focused for long periods of time.

When I feel like my headspace is affected and I’m not playing my best, I usually take time off playing and study instead, just to regain confidence – as I know I’ll be more likely to make better decisions when I’m back playing again.

Studying often involves the use of specialist ‘GTO (Game Theory Optimal)-based’ software, which analyses all the hands (cards) you’ve played and tells you how you should optimally have played them – where you made good decisions, and where you could’ve played better.

I invest a lot of time, and some money, making sure I have access to the best tools to learn from. I also read books by poker players and professionals I admire – for example, I really rate ‘The Mental Game of Poker’ by Jared Tendler with Barry Carter.

What’s the difference between being good at poker and being good enough to be professional? How did you know you’d be a strong enough player?

When I started playing full-time, I didn’t feel like I was good enough to play professionally, so I just worked really, really hard on my game.

I hired an excellent coach and spoke about poker theory whenever I could with likeminded friends and others in the poker community.

You know you’re good enough when the wins just keep on coming, and you’re in profit over a prolonged period of time – it’s crucial to track your results so you know how you’re performing, and when and where you need to improve.

An average day in the working life of Josh Manley:

9.30am: Josh is at his desk, beginning the day with 30 minutes of studying.

10am: He loads up his Twitch account and starts streaming and will do this for the rest of the day.

On Fridays, he uses the day mostly for study, working with his coach and attending a seminar.

Josh then takes weekends off until Sunday night, which is when all the big tournaments happen.

What do you love about your job?

I love poker and streaming so much.

With poker, it is such an interesting game, and a game where the level of play is always advancing – you really need to stay one step ahead of the competition if you want to be winning at it.

For me, I love the theory behind the game, but also the freedom to work whenever and wherever I like.

Streaming has been absolutely amazing too – my girlfriend originally suggested the idea of live-streaming myself playing on Twitch, and just two years later I have gone from having no viewers to being sponsored by 888poker.

I also have an amazing community, and through this I have made some great friends.

Is there anything you dislike?

Poker can be hard when things don’t go your way – we call this a downswing.

While poker is a game of skill, there are certain elements you can’t always control.

The aim of the game is to get your money in with the best hand, but even when you have the best hand, you can still occasionally lose despite having a mathematical edge.

There are times where this occurs again and again, and it really does test your resolve.

How I Made It

Do you have an interesting job or career journey?

Email [email protected] to share your story for How I Made It.