Pent-up demand in the housing market has seen a surge in activity, with Leeds, Newcastle, Portsmouth and Southampton leading the way, it has been revealed.

The surge in demand follows the reopening of the housing market on 20 May after the lockdown.

Demand for homes in these four areas has increased up to 40 per cent compared to February this year, according to new figures from property website Zoopla. 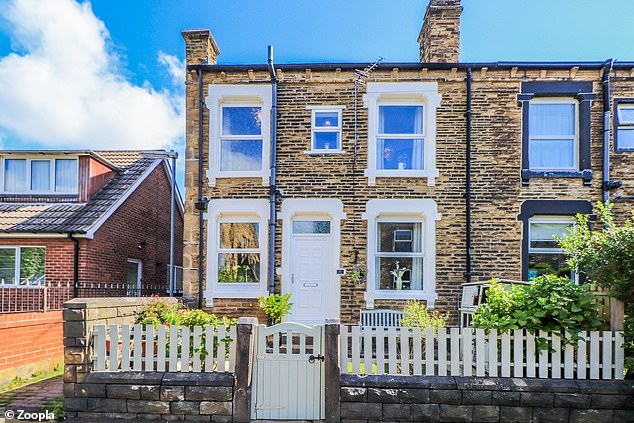 Leeds has seen demand rebounded faster, with this two-bed home for sale for £139,950

Overall, it said demand for homes in Britain has exceeded the levels seen before the beginning of the lockdown in March.

Demand was 20 per cent higher in the week following the reopening of the housing market on May 12, compared to the beginning of March.

It defined demand as ‘active engagement’ and refers to individuals proactively finding out more about a property, including contacting an estate agent.

Zoopla said the rebound was expected, particularly after a strong beginning to the year.

However, it added that forecasts of a major decline in economic growth and rising unemployment means the rebound is ‘expected to be short-lived’.

The housing market reopened on 12 May after emerging from a deep freeze that saw home moves grind to a halt.

Face-to-face property viewings were banned, while buyers who had exchanged contracts and were due to complete on their purchases were left in limbo.

The housing market has reopened but it is not business as usual, with buyers encouraged to do virtual viewings and vendors asked to socially distance. 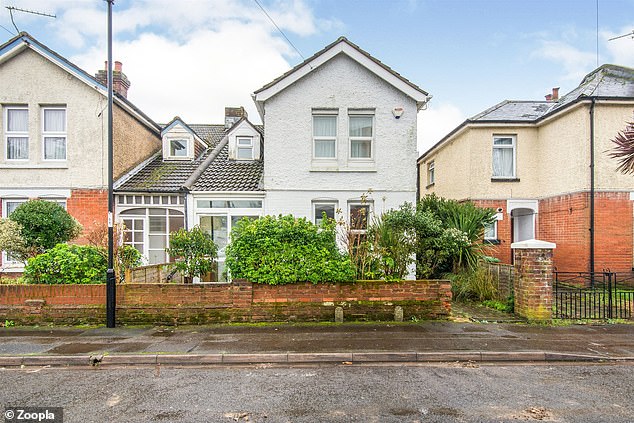 Southampton has also seen demand rebound, with this three-bed home for sale for £240,000

The research by Zoopla found that there are regional differences in the extent of the rebound.

It said that despite a large rise in demand, London’s recovery is lagging behind, alongside cities in countries where the housing market is yet to reopen.

Scotland, Wales and Northern Ireland have not recorded any major rebound in demand as seen in English cities.

Demand for homes in London has been partly diluted as would-be buyers look to commuter commuter towns outside the capital in response to the coronavirus pandemic.

The research found that demand has rebounded faster in cities along the south coast and in northern England.

This includes Portsmouth and Southampton, where demand is some 40 per cent higher than in February this year, with strong growth also recorded in Newcastle and Leeds, it said. 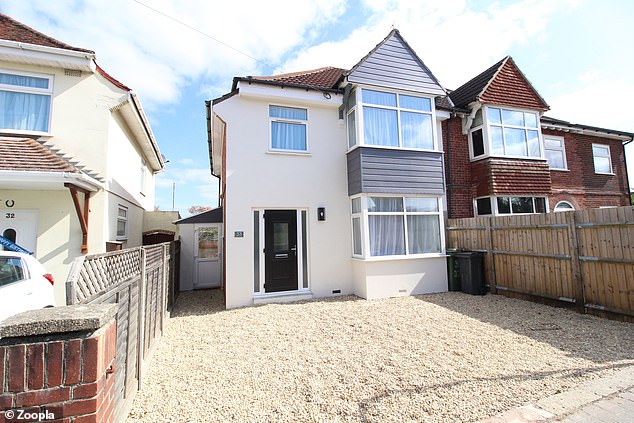 Portsmouth has seen demand rebound, with this three-bed home for sale for £300,000

Zoopla said two factors will dictate how the housing market unfolded this year.

First, there is the question of how many of the 373,000 stalled sales make it to completion.

And second is how much the demand for homes holds up and how much of the pent up demand coverts into new sales and stronger prices.

These new sales will give a clearer view on pricing trends during the rest of the year and into early 2021, Zoopla said.

It added that by reopening the market, the Government has improved the chances of a higher proportion of stalled transactions completing than if the market had stayed closed for longer.

While latest data suggests a small pick-up in the rate of fall-throughs since the housing market was reopened on 12 May, levels are well below the average for this time of year.

Zoopla said that it expects a significant proportion of agreed sales to continue, but increased economic uncertainty will see housing chains tested in the coming weeks. 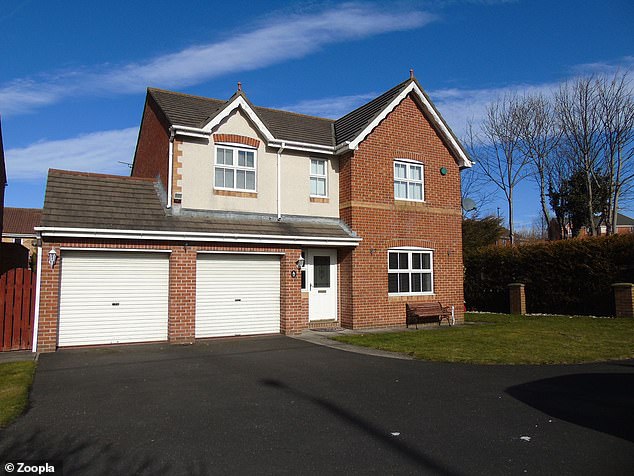 This four-bed detached house is in Newcastle Upon Tyne and is for sale via £260,000

Zoopla’s Richard Donnell said: ‘The scale of the rebound in demand for housing is welcome news for estate agents and developers, but it is also surprising given projections for a sharp rise in unemployment and a major decline in economic growth.

‘The Covid-19 crisis and lockdown have created an unexpected one-off boost to housing demand.

‘Millions of British households have spent a considerable amount of time in their homes during the lockdown period and missed out on hours of commuting.

‘Many households are likely to have re-evaluated what they want from their home. This could well explain the scale of the demand returning to the market. We need to see more supply come to the market to satisfy this demand.

‘The economic impacts of Covid will grow in the coming months and uncertainty is building.

‘The majority of would-be movers plan to continue their search, encouraged by low mortgage rates and continued Government support for the economy.

‘However, we expect the latest rebound in demand to moderate in the coming weeks as buyers and sellers start to exert greater caution.

‘Further support from the Government can’t be discounted and would help limit the scale of the downside risks.’

It is a similar story for property website Rightmove, which said demand had risen significantly after the lockdown.

Almost 11,000 new sales listings have come to the market since the first day of reopening, it said.

This is down on the same week last year, although improving from 90 per cent down during lockdown.

Mark Gordon, of Comparethemarket, said: ‘The housing market re-opening sooner than expected has given buyers and sellers a much-needed boost in confidence.

‘Whether this demand is short-lived remains unclear, however, with many buyers undoubtedly deterred from moving as a result of economic uncertainty.’