It all goes down in the DMs! Jason Cameron reached out to Kathryn Dennis after the two crossed paths following a BravoCon 2022 afterparty, a source exclusively tells Us Weekly.

‘Southern Charm’ Cast: A Complete Guide to Who Has Dated Each Other

“They initially met at Tom Sandoval’s concert,” the insider says about the Saturday, October 15, event. “They hit it off, hung out and talked for a bit. That’s where he told her he would slide into her DMs.”

Inital speculation that sparks flew between the twosome came during the Southern Charm panel on Sunday, October 16, when the South Carolina native, 31, revealed that she had met up with Cameron, 35, during the previous night’s bash.

Dennis shared that the Glam 4 Good worker was “very nice” and gave her a heads up that he was going to “slide into my DMs” — a promise the source confirms the Winter House personality followed through on.

“He thinks she has a ‘cute’ accent. They had a good connection right off the bat and great energy,” the insider reveals to Us of the pair’s instant chemistry after meeting up at the Vanderpump Rules star’s soiree. “[James] let her know it was nice meeting her and mentioned they should catch up at some point.”

While the source tells Us that the two Bravo stars are “just getting to know each other,” both Dennis and the model are committed to being “in touch” moving forward.

“Neither knows where this is going but they’re both keeping their options open,” the insider says, noting that while the reality stars are living in separate states at the moment — Dennis in South Carolina and the businessman in New York – Cameron is “open to meeting” the furniture designer in Charleston.

Dennis is single after calling it quits with longtime boyfriend Chleb Ravenell in November 2021. A second source exclusively told Us at the time that the model wanted to “get married again and have more kids” following her 2016 split from ex Thomas Ravenel, with whom she shares children Kensie, 7, and Saint, 6. 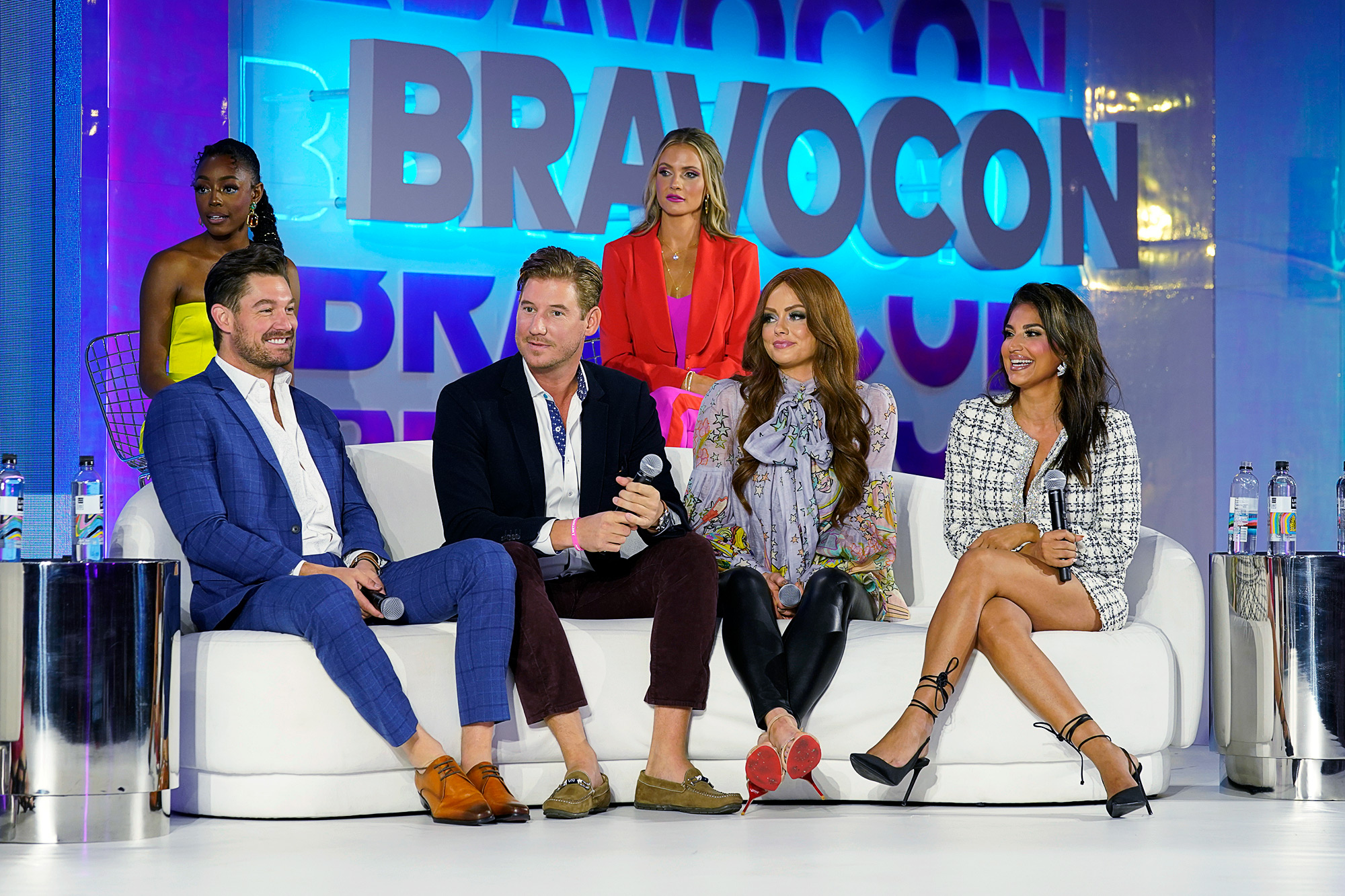 Cameron, for his part, split from Winter House costar Lindsay Hubbard in July 2021 after meeting during season 1 of the Bravo series, which was filmed in November 2020. Following their breakup, the Hubb House PR Founder, 35, confirmed that she had suffered a miscarriage while the two were dating. At the time, the New York City resident told Carl Radke, her now-boyfriend, that Cameron was “absolutely wonderful” when she revealed what had happened.

In April, Cameron got candid about his reaction to how Hubbard “publicized” her miscarriage, telling Us that he was “impressed” with her approach.

“That’s a strong woman to be able to share that kind of information,” he said about his ex. “I respect that and I definitely want to be there to support her and anyway she wanted to share that with the world.”

While things between Cameron and Hubbard fizzled out in summer 2021 — they weren’t exclusive when the publicist headed to the Hamptons with her friends for the filming of Summer House season 6 — they have remained on good terms.