If Robert Jenrick had spent the night tossing and turning, he hid it well: HENRY DEEDES watches the Housing Secretary face the music

Who was this cheery chap arriving in the Commons with a nod and a wink and a cheery ‘wot ho’?

Why, it was Robert Jenrick, Minister for Housing, Communities and Local Government. Or the current minister, at any rate.

His cheeks were flushed peony pink, his brow a frown-free zone. As he waited for departmental questions to start, he shot a colleague sitting behind him a warm, walrussy smile. This was one chirpy-looking politician and certainly not one who feels his career is about to disappear down the plughole.

Mr Jenrick has just endured a weekend of further allegations over his relationship with property developer Richard Desmond, whose £1billion development in east London he approved two weeks before the ex-publisher handed the Tories a £12,000 donation. 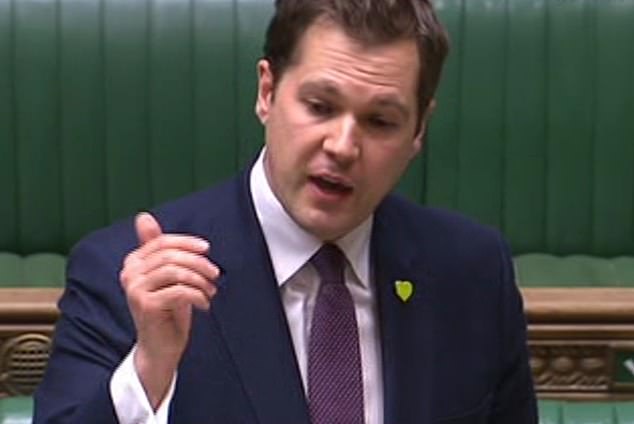 Frown-free: Robert Jenrick, Minister for Housing, Communities and Local Government. Or the current minister, at any rate

If the Secretary of State had spent the past few days tossing and turning over the matter, he was doing a good job of hiding it.

He limbered up with a few breezy queries relating to lockdown. Laura Farris (Con, Newbury) wanted to know when weddings would be allowed. Jenrick couldn’t say.

Tim Loughton (Con, E Worthing and Shoreham) mocked the discrepancy in the Government’s rules where outdoor social events were allowed but religious services were not. He joked that the clergy should simply disguise services as ‘barbecues with a very long grace’.

Jenrick was relaxed enough to afford himself a wry chuckle.

Labour’s housing spokesman Steve Reed was the first to attack. He referred to the Desmond matter as ‘cash for favours’.

The planning process was now something that ‘could be auctioned off at Conservative Party dinners’.

Jenrick puffed out his chest and corrugated his forehead. ‘I take my responsibilities as secretary of state extremely seriously indeed,’ he said gravely.

The application had indeed been a highly contentious one but he had acted ‘in good faith and with an open mind’. 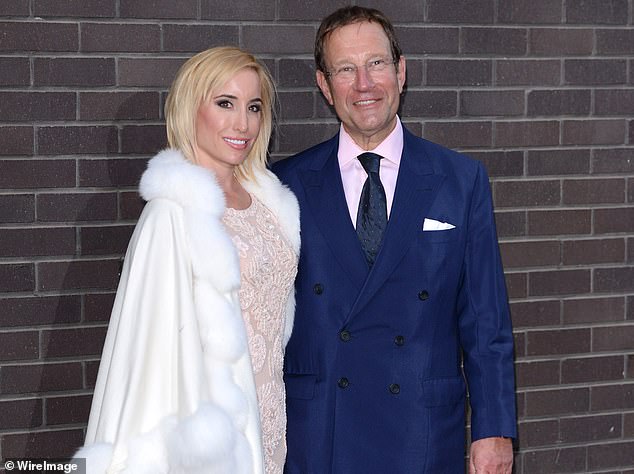 Mr Jenrick has just endured a weekend of further allegations over his relationship with property developer Richard Desmond, pictured with wife Joy Canfield

As a matter of transparency, he had also handed over all relevant documents on the matter for the Cabinet Secretary’s perusal.

Liz Twist (Lab, Blaydon) referred to a Conservative fundraising dinner where Jenrick sat next to Desmond while the application was still pending.

‘I didn’t know who I was going to be sitting next to until I arrived,’ Jenrick insisted.

This, strangely, I can believe. Finding a minister who would knowingly agree to sit next to Mr Desmond would have been quite a task for the evening’s organisers. His charms are not to everyone’s taste, it is alleged.

One of the whiffier aspects of the case was that Jenrick helpfully approved the plans a day before a new tax was due to come into place, thus saving Mr Desmond an estimated £40million.

Sarah Jones (Lab, Croydon Central) asked whether Jenrick had been aware of the new levy’s existence. He replied that the tax was a matter of public record. 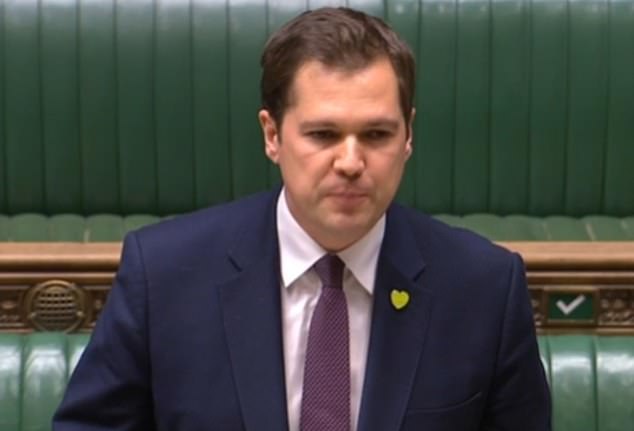 If the Secretary of State had spent the past few days tossing and turning over the matter, he was doing a good job of hiding it

If the opposition bowling had been on the tame side thus far, then it was about to turn dire.

Up in Scotland, the SNP’s Tommy Sheppard shook with indignation. He considered Jenrick’s answers ‘entirely unsatisfactory’. He pondered why the minister should be allowed to remain in post when he was now the subject of a police investigation. Eh?

Jenrick looked wearily at Sheppard. The Honourable Member was talking cobblers, he said. A Labour member of the House of Lords had referred him to the police but they had quickly decided there were no criminal matters to investigate.

Tommy’s eyes popped as if someone had just jabbed a knitting needle into them.

Jenrick derived equal satisfaction in his response to Ruth Cadbury (Lab, Brentford and Isleworth) who accused him of breaching the ministerial code by not informing his department of his attendance at the fundraising dinner with Mr Desmond.

Actually he had informed them, and had said so moments before.

‘I am sorry to disappoint the Honourable Lady with her pre-prepared question,’ Jenrick remarked cockily. And with that, off he strutted.

Like I said, if Jenrick’s toast, no one’s told him about it.