‘Til denim do us part! Groom is slammed for turning up to his wedding in jeans and a t-shirt while his VERY glamorous bride pulls out all the stops

A groom has been mercilessly mocked on his wedding day after turning up in jeans and a t-shirt.

Violet Price, 16, from Doncaster, shared a clip to TikTok of her ‘best friend’ and fellow traveller Catherine Nicholson getting married to her casually-attired groom, in a clip that gained over 1.5 million views.

For the occasion, the groom chose a black t-shirt from the streetwear brand, Palm Angels, and paired it with grey washed jeans and casual trainers.

Meanwhile the bride, Catherine, 16, had pulled out all the stops for her big day wearing mermaid style wedding gown that featured a cinched waist and a lace train that pooled around her. 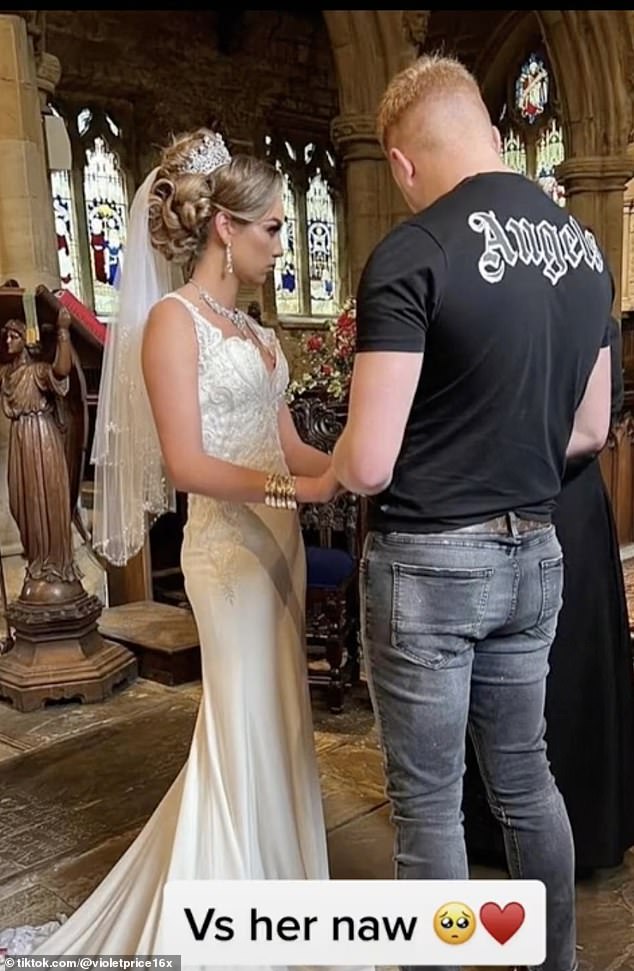 Violet Price shared a clip to TikTok of her best friend, Catherine Nicholson getting married to a man wearing a t-shirt and jeans 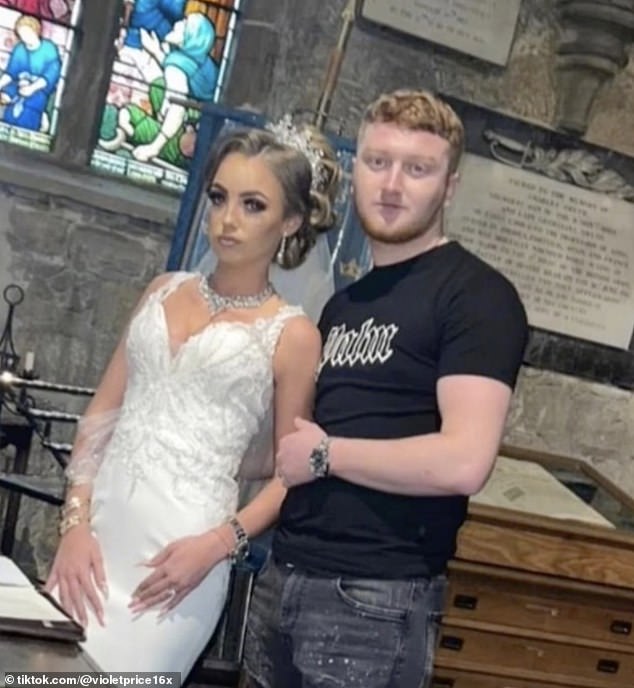 Despite Catherine having her hair, nails and makeup done for the big day – as well as a wedding dress, tiara and veil – her groom decided to dress more casually

In the video, the two teenage girls could be seen on a fairground ride while Violet wrote the text ‘My best friend a couple of months ago telling me she ain’t gunna fall in love’.

In the background they can both be heard chanting: ‘I ain’t falling in love this summer, I do my thing this summer’, before the video shows Catherine on her wedding day, two months later.

Despite fast-paced love story, eagle-eyed commenters were quick to spot another anomaly—the groom’s chosen clothes—and didn’t waste time in letting the world know what they thought of it.

One person asked: ‘Did he not know he was getting married?’ 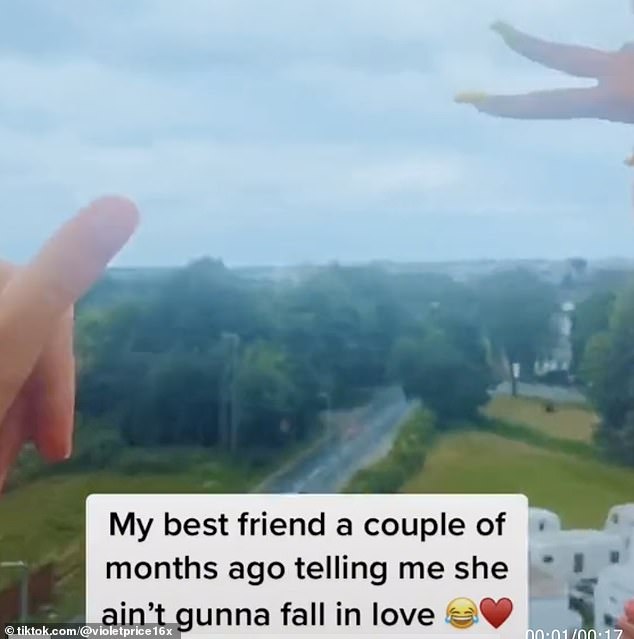 The pair of best friends were seen riding a fairground ride at the start of the video, with Violet stating Catherine had sworn she wanted to stay single 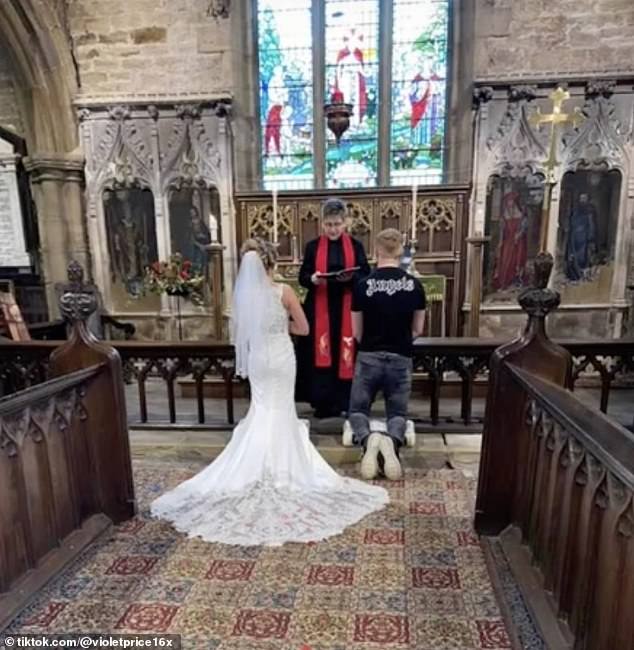 Despite her earlier protestations, Catherine got married just two months after telling her friend she wouldn’t and found the perfect gown for her big day

While another joked: ‘Wedding at 5. Wetherspoons with the lads’ at 6.

And a third commented on how beautiful Catherine looked, saying: ‘I would’ve done a u turn as soon as I saw him.

‘Imagine putting all the effort into looking beautiful & then your ‘fiancé’ shows up like THAT ?’

Others, however, were more concerned with the speed in which Catherine and her new husband had entered marriage.

One person said: ‘Everyone talking about what he’s wearing but I’m thinking how a couple MONTHS before her wedding she didn’t wanna fall in love…’

While another agreed, saying: ‘She’s not exactly giving happy in love vibes tbf’.

And a third person agreed: ‘Okay but his outfit aside, sis don’t even look happy’.

‘She’s not bothered wat way he dressed she’s married & that’s all that matters’.