The Greens are targeting billionaires including Gina Rinehart, Clive Palmer and Kerry Stokes with an ambitious plan to impose a wealth tax that would raise more than $40 billion over ten years – from just 122 individuals.

The policy, which would impose a 6 per cent tax on an individual’s wealth above $1 billion, will be announced in Brisbane on Sunday by party leader Adam Bandt and co-deputy leader Larissa Waters. 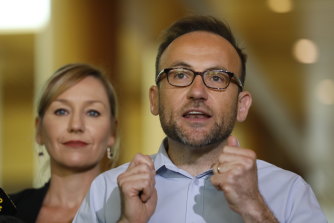 The pair will campaign alongside Max Chandler-Mather, the party’s candidate in Kevin Rudd’s old seat of Griffith, which is currently held by Labor MP Terri Butler.

The proposed billionaires’ tax would capture all the assets of a high net worth individual, including property, artwork, jewellery, cash on hand and shares – some of which is relatively easy to hide or shift overseas. However the likelihood of it ever being legislated with support from the Coalition or a future Labor government is low.

Parliamentary Budget Office costings of the policy state that it would raise $11.2 billion over its first two years from 2022-23, if implemented, though the Australian Tax Office would need to spend an extra $110 million to implement the policy and enforce compliance.

The PBO warns the costings have a “very high degree of uncertainty” because the super-rich individuals it would apply to would seek to circumvent the tax. 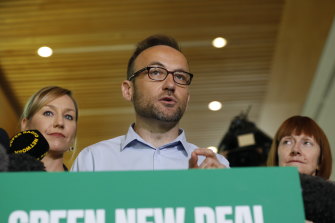 Ahead of the policy release, Mr Bandt said that if the Greens held the balance of power in the next government they would “make billionaires and big corporations pay their fair share of tax to help put dental into Medicare, get rid of public school fees and give a decent job to everyone who wants one on planet-saving, nation-building projects”.

“At the last election, Australia was only 828 votes away from a minority Parliament. At the next election, people can kick the Liberals out and put the Greens in the balance of power in both Houses of Parliament, where we will push the next government to go further and faster on tackling inequality and the climate crisis.”

Over the coming weeks the party leader will make a series of appearances across the country to talk about the billionaires’ tax and to campaign with candidates in lower house seats the Greens are targeting at the next election.