The federal government will release a further ten sites for exploration for new oil and gas projects off the coasts of Victoria, the Northern Territory and Western Australia, triggering rebukes from crossbench senators who say it doesn’t align with the government’s own climate goals.

Industry Minister Madeleine King announced the release of the sites, totalling 46,758 square kilometres of Commonwealth waters, on Wednesday saying it would play an important role in securing future energy supplies. 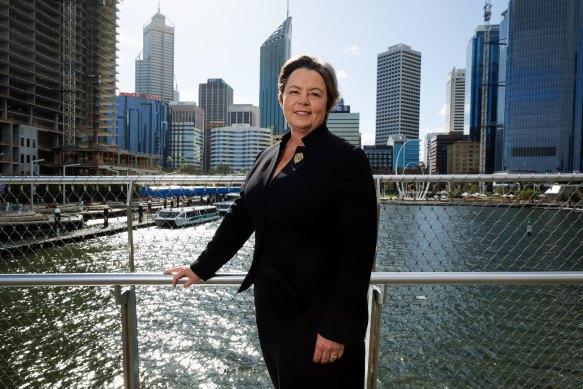 Resources Minister Madeleine King is releasing a further ten sites for exploration for new oil and gas projects off the coasts of Victoria, the Northern Territory and Western Australia.Credit:Trevor Collens

“The annual release of areas for offshore petroleum exploration supports ongoing investment in the nation’s petroleum sector, which is vital for the economy and meeting the energy needs of Australians,” King said.

“At the same time as we strive to reduce emissions it must be emphasised that continued exploration for oil and gas in Commonwealth waters is central to alleviating future domestic gas shortfalls.”

The new sites are in Commonwealth waters in 10 areas, including Victoria’s Gippsland basin and Western Australia’s Carnarvon basin.

Australia remains a net exporter of gas, and imports much of its oil due to the lack domestic of oil refinery capacity.

According to an analysis by the International Energy Agency last year the world cannot build any new oil and gas projects if it expects to meet Paris Agreement climate goals.

Senator David Pocock said on Wednesday night he was concerned the government was pursuing “business as usual” with the oil and gas industry given the IEA’s analysis and the government’s own target to reduce greenhouse gas emissions.

Greens Senator Peter Whish-Wilson said the release of the sites “made a mockery” of its own climate targets with the announcement.

“We already have enough oil and gas in reserves to trigger catastrophic climate change to our planet,” he said.

He noted that the Morrison government had stopped the controversial Pep-11 exploration off the coast of NSW due to community concerns and that while in opposition Prime Minister Anthony Albanese had agreed it should be halted.

“If opposing fossil fuel exploration due to community and environmental concerns was good enough for NSW, then it is sheer hypocrisy not to do the same for coastlines right around Australia,” Whish-Wilson said.

Anthony Albanese declared an “end to the climate wars” after Climate Minister Chris Bowen negotiated support for Labor’s 43 per cent target to cut greenhouse gas emissions, which was approved by the new House of Representatives at the start of August.

But King’s announcement follows warnings from Greens’ leader Adam Bandt and Pocock that they will use their casting votes in the Senate to enforce the target by opposing any legislation that approves high-polluting new projects.

King also announced the approval of two sites for greenhouse gasses to be stored underground in offshore geological formations as part of potential future carbon capture and storage projects.

“Carbon capture and storage has a vital role to play to help Australia meet its net zero targets,” she said.

Climate scientists and activists argue that despite billions being spent, large-scale carbon, capture and storage has never worked commercially.