Choc stars! Get in the mood for Easter with these fabulous chocolate creations from a scrummy new book 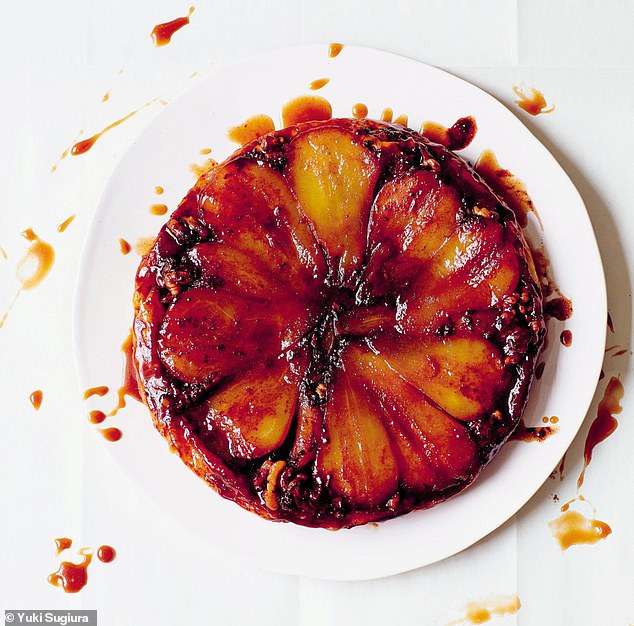 Unroll the pastry on a lightly floured work surface – or if using a block, roll out to 3mm thick. Cut a 23cm disc from the pastry, prick all over with a fork and chill while you prepare the filling.

Peel and halve the pears, then remove the cores with a teaspoon; you want perfect halves if possible. Transfer to a bowl and toss with a little lemon juice as you go to prevent browning.

Melt the butter in a 20cm diameter ovenproof frying pan. Sprinkle in the sugar and cook for 2 minutes, or until it begins to dissolve, then stir in the honey and salt. Arrange all but one of the pear halves, cut-side up, in the pan with the narrowest end pointing to the centre – you want them to fit snugly, as they will shrink slightly during cooking.

If there is a space left in the centre of the pan, cut a round from the remaining pear half and place it, cut-side up, in the space. Otherwise squeeze the half alongside the other pear halves.

Preheat the oven to 180°C/fan 160°C/ gas 4. Cook the pears over a medium heat for 30 minutes; the butter and sugar mixture should energetically bubble away and reduce down to a thick and syrupy amber-coloured caramel.

Shake the pan frequently, and every now and then spoon some caramel over the pears.

Remove the pan from the heat and sprinkle the walnuts and chocolate into the pan, filling in any gaps between the pears with the nuts. Cover with the pastry disc and tuck the edges into the sides of the pan with a spoon.

Bake in the oven for 30 minutes, or until the pastry is puffed and golden. Cool for 5 minutes, then carefully invert the tarte tatin on to a plate. Serve immediately with cream. 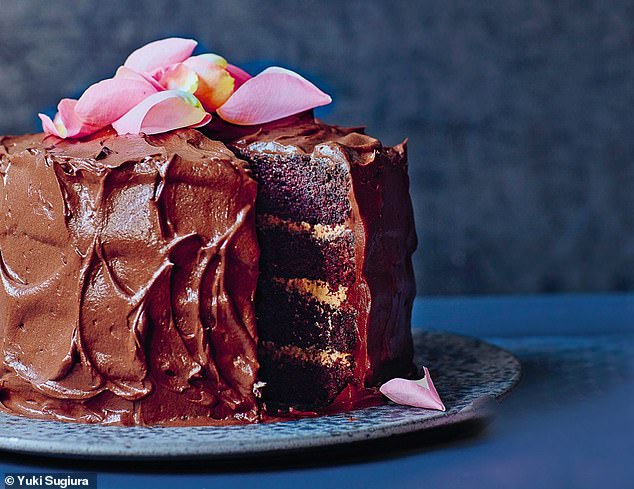 For the coffee buttercream

Mix the flour, bicarbonate of soda, salt and cardamom seeds in a bowl. Set aside.

Melt the chocolate, butter and oil in a heatproof bowl set over a pan of barely simmering water, making sure the bottom of the bowl doesn’t touch the water. Stir to combine, then remove the pan from the heat.

Place the sugar in a bowl, add the chocolate mixture and beat with electric beaters (or in a stand mixer) until combined – it might turn grainy, but that’s fine. Gradually beat in the eggs and vanilla to produce a smooth, shiny batter.

Beat in the flour mixture on a low speed until just combined. Beat in the hot coffee, giving a final stir with a spatula to make sure all the chocolate is mixed in.

Divide the batter between the cake tins. Bake for 30 minutes, or until a skewer comes out clean (bake for a further 5 minutes if it doesn’t). Leave in the tins for 5 minutes, then turn out on to a wire rack to cool.

To make the ganache, place the chocolate in a heatproof bowl. Heat the cream and sugar in a small pan until almost boiling and the sugar has dissolved, stirring so that it doesn’t catch.

Stir in the rosewater, then pour the cream mixture over the chocolate. Stir until the chocolate has melted. Leave to cool for 5 minutes, then whisk until thick and creamy. This can take a few minutes.

To make the buttercream, beat the butter with electric beaters until very pale. Add the sugar and coffee and beat until creamy.

To assemble, cut each cake in half horizontally with a serrated knife. Spread the tops of three of the cakes with buttercream, then set one on top of the other. Place the un-iced cake on top with its neatest side upwards.

Spread the ganache all over the top and sides. Decorate with edible and/or crystallised rose petals, if using. 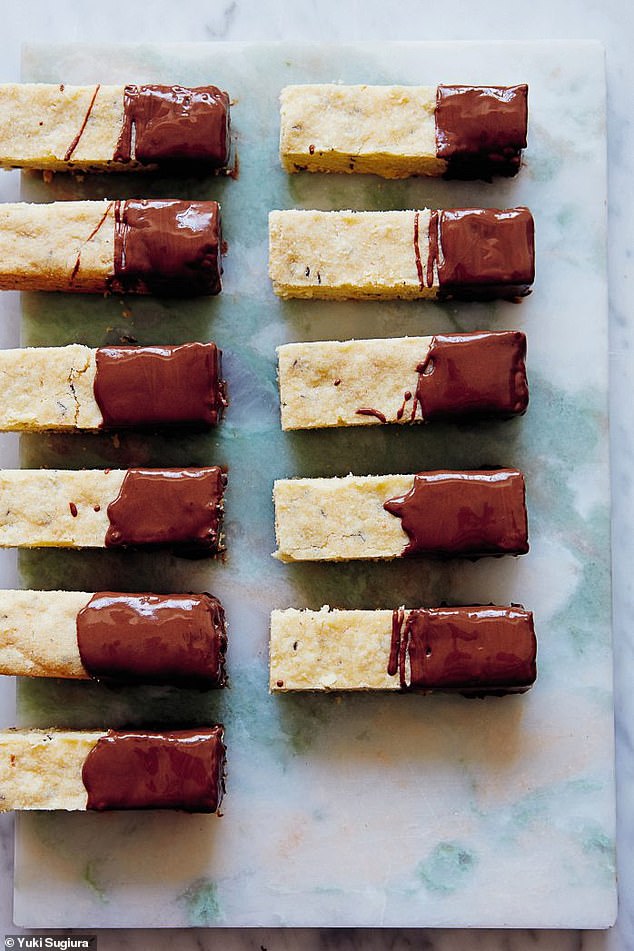 Preheat the oven to 150°C/fan 130°C/gas 2. Line the base and sides of a 20 x 20cm brownie tray or baking dish with baking paper, cutting slits in each corner so it fits neatly.

Allow the paper to hang over the edges so you can use it as handles to lift the cooked shortbread out of the tray.

Beat the butter and orange zest together in a mixing bowl with electric beaters (or in a stand mixer) for 5 minutes, until pale and creamy. Beat in the icing sugar a little at a time.

In a separate bowl, using a fork, whisk both flours, the caraway seeds and the salt together. Add the flour mixture to the butter mixture and beat on a low speed until the flour is only just combined.

Don’t overbeat or the shortbread will be tough. Press the mixture evenly into the prepared tray or dish and bake for 50-55 minutes, until firm and pale gold. Leave to cool completely.

Lift the shortbread out onto a board. Using a serrated knife, slice the shortbread square in half and then cut each half into 6 fingers. Transfer to a wire rack set over a rimmed baking sheet or board.

Melt the chocolate in a heatproof bowl set over a pan of barely simmering water. Spoon chocolate over half of each shortbread finger.

Leave to set at room temperature for at least 1 hour. 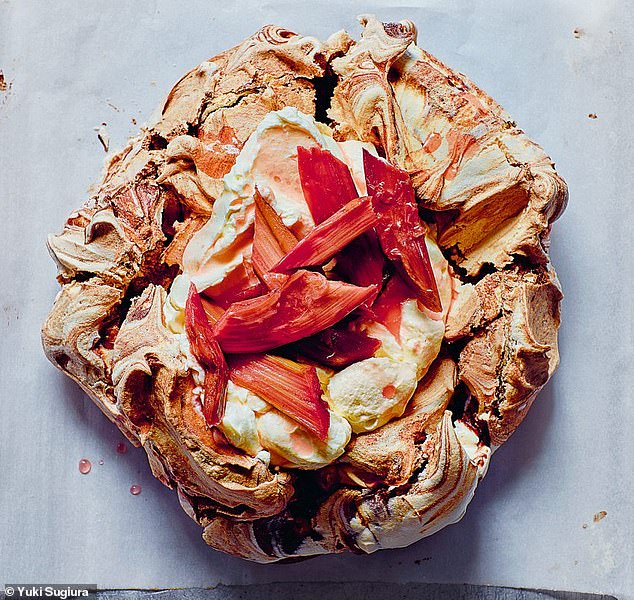 For the cacao nib cream

Preheat the oven to 120°C/fan 100°C/gas ½. On a sheet of baking paper, mark out a circle roughly 20cm in diameter, using a plate as a guide. Place on a baking sheet and set aside.

Melt the dark chocolate in a heatproof bowl set over a pan of barely simmering water, making sure the bottom of the bowl doesn’t touch the water. Remove the bowl from the pan and set aside to cool to room temperature.

In a clean bowl, whisk the egg whites to stiff peaks. Gradually add the sugar and salt, beating constantly until thick and glossy – it’s crucial that the mixture is very stiff.

Pour the cooled chocolate over the meringue – don’t stir or beat it in. Scoop the mixture into the circle on the baking paper to make a neat round, retaining some swirls of chocolate in the meringue. Bake for 1 hour 15 minutes, or until crisp on the outside.

To make the cacao nib cream, pour 120ml of the cream into a pan and add the cacao nibs. Bring almost to the boil, then remove the pan from the heat and set aside to infuse and cool.

When the meringue is cooked, remove from the oven and set aside to cool. Increase the oven temperature to 200°C/fan 180°C/gas 6.

Place the rhubarb in a baking dish, add the sugar and toss, then spread out in a single layer. Cover with foil and roast for 15 minutes. Remove the foil and cook for 5 minutes, or until the rhubarb is tender but still holding its shape. Leave to cool.

Strain the cooled infused cream and discard the nibs. Whip the remaining cream until it barely holds its shape, then stir in the infused cream.

To assemble, top the meringue with the cream and then the rhubarb. Pour over any pan juices, and serve immediately. 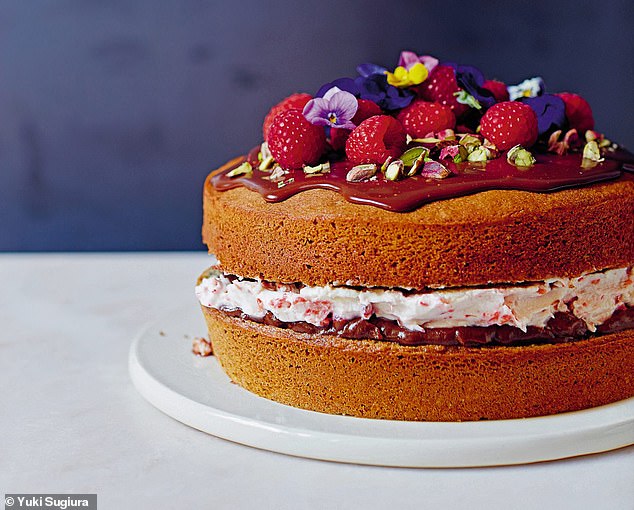 For the chocolate ganache

For the mascarpone cream

Blitz the pistachios in a spice grinder until fine, being careful not to reduce them to a paste. (If you don’t have a spice grinder, a food processor is fine, but the cake will be a little heavier.)

Transfer to a bowl and add both flours, the baking powder, bicarbonate of soda, nutmeg and salt. Stir with a fork to combine and then set aside.

In a separate bowl, beat the butter and sugar with electric beaters (or in a stand mixer) for about 5 minutes, until pale and fluffy. Gradually beat in the beaten eggs and vanilla, then beat in the flour mixture on a low speed, a little at a time, alternating with the milk and water, until all are just incorporated.

In a clean bowl, whisk the egg whites to soft peaks, then gently fold them into the batter. Divide the batter equally between the tins and smooth the tops.

Bake for 35-40 minutes, until golden. Allow to cool in the tins for 5 minutes, then turn out onto a wire rack and leave to cool completely.

To make the ganache, place the chocolate in a heatproof bowl. Gently heat the cream in a small pan until hot but not boiling, then pour it over the chocolate.

Add the salt and stir until melted, thick and shiny. Leave to cool.

To assemble, spread the tops of both cakes with the ganache, then spread one of the cakes with the mascarpone cream and place the other cake on top, chocolate side upwards. Decorate with the remaining raspberries, chopped pistachios and edible flowers. 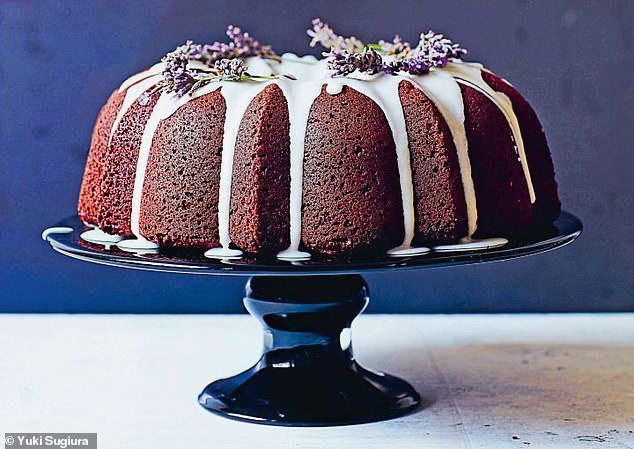 Preheat the oven to 170°C/fan 150°C/gas 3. Generously brush the inside of a 2.4ltr bundt tin with oil, making sure the oil gets into all the crevices. 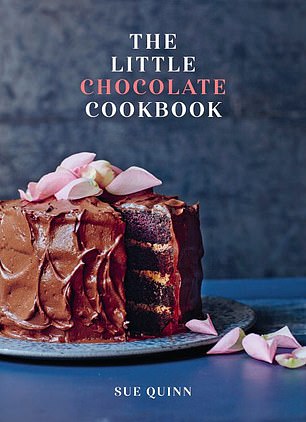 Blitz the lavender buds and half the sugar to a powder in a food processor. Transfer to a mixing bowl (or stand mixer), add the butter and remaining sugar and beat for about 7 minutes, until pale and creamy.

In a separate bowl, using a fork or balloon whisk, whisk the flour, grated chocolate, cocoa, baking powder, bicarbonate of soda and salt together.

In a jug, whisk the eggs and yoghurt together. Add the egg mixture to the butter and sugar mixture a little at a time, alternating with a little of the flour mixture and beating well after each addition, until all the egg and flour mixtures are incorporated.

Add a splash of milk to loosen if the batter is too stiff to fall off the end of a wooden spoon.

Spoon the batter into the tin, smoothing with the back of a spoon. Tap the tin on the work surface to remove air bubbles.

Bake for 40-45 minutes, until a skewer inserted into the centre of the cake comes out clean. Leave to cool in the tin for 15 minutes, then turn out onto a wire rack to cool completely.

To make the glaze, mix the icing sugar, lemon juice, melted butter and salt together in a bowl. Drizzle over the cooled cake. Decorate with lavender sprigs, if using.