Inside Kate Middleton’s style evolution: From the royal wedding to today

Princess Diana’s wedding dress to be displayed in Kensington Palace

When millions tuned into the royal wedding of Kate Middleton and Prince William 10 years ago, the bride’s show-stopping gown stole the hearts — and Pinterest boards — of countless viewers.

But the bespoke white lace dress, which was designed by Alexander McQueen’s Sarah Burton, stayed in the spotlight long after the Duchess of Cambridge’s April 2011 nuptials, and has continued to influence bridal style ever since.

Middleton, now 39, wanted her look for the big day “to combine tradition and modernity with the artistic vision that characterizes Alexander McQueen’s work,” according to a palace press release.

The custom dress featured long sleeves, a full skirt and a nearly 9-foot-long train — and was a long time in the making, as workers from The Royal School of Needlework (RSN) helped the McQueen team meticulously apply the lace motifs by hand. 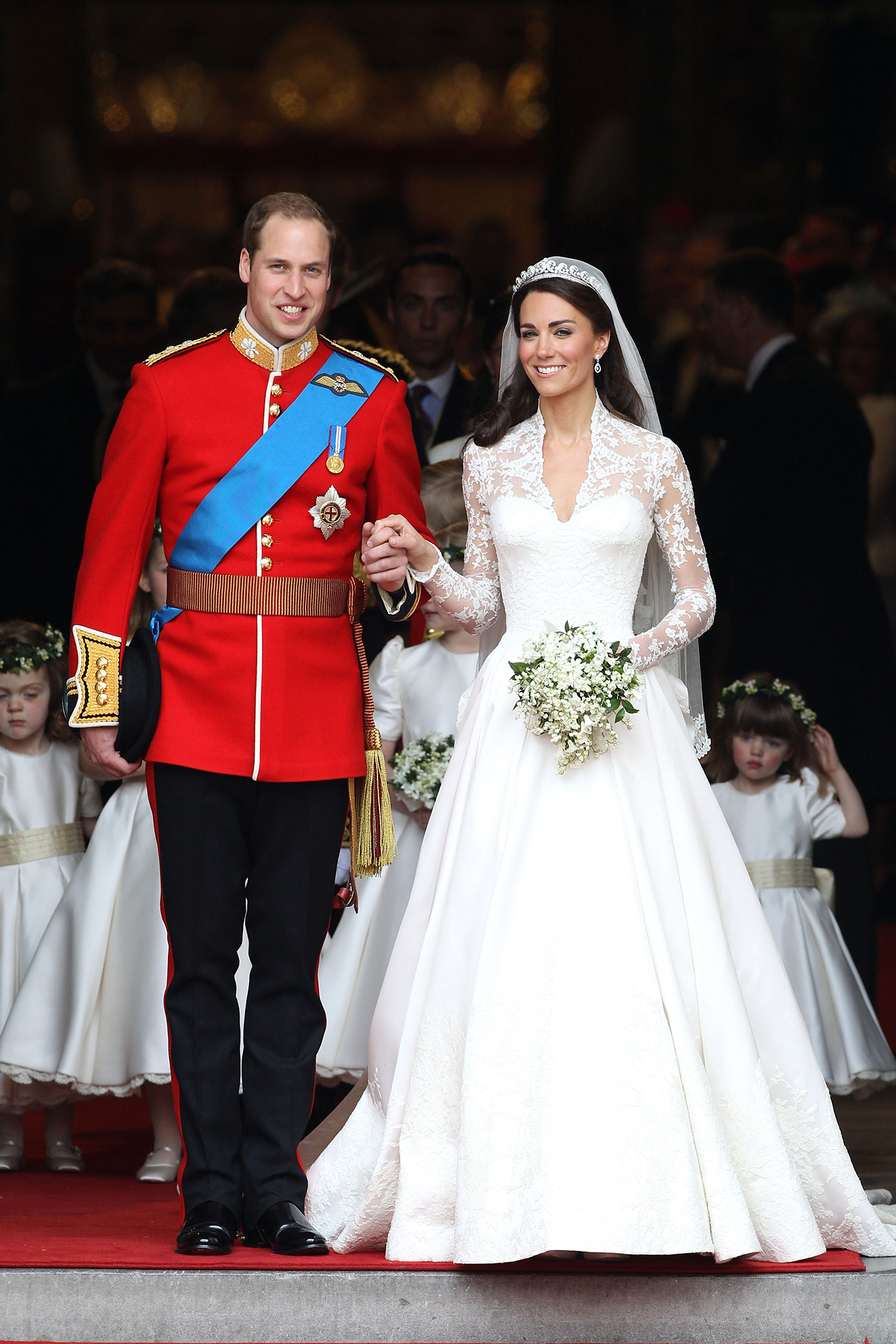 Members of the RSN team, the youngest of whom was 19 at the time, had to wash their hands every 30 minutes and grab a fresh needle each three hours to keep the satin gazar gown looking spotless.

For her highly anticipated wedding, the Duchess topped off her elegant look with a royal “something borrowed” — the Cartier tiara Queen Elizabeth was gifted from the Queen Mother on her 18th birthday. Her “something blue,” meanwhile, was a hidden blue ribbon subtly stitched inside her dress.

In the decade since William and Kate’s big day, countless brides have followed Middleton’s lead by wearing their hearts on their own long, lacy sleeves. 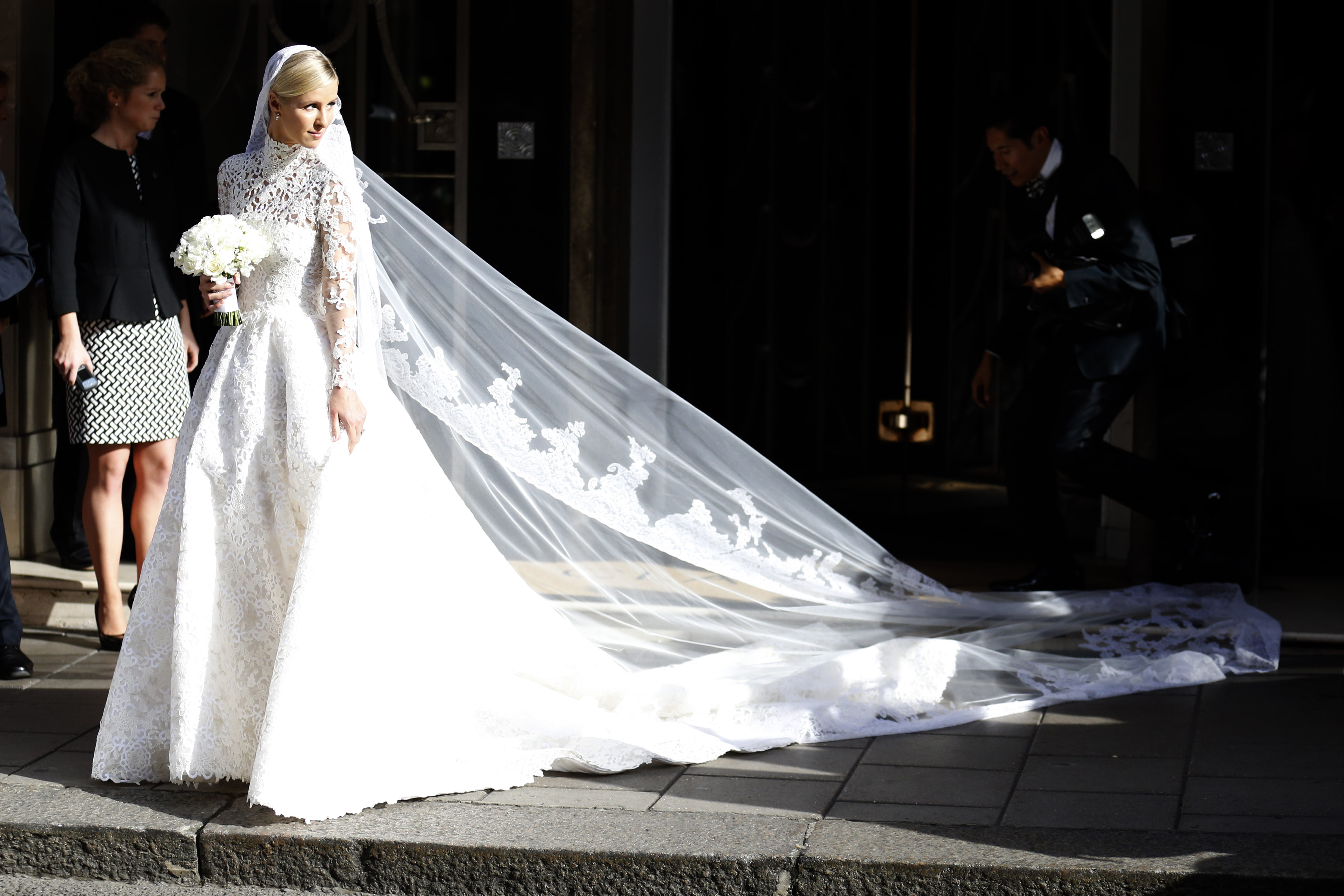 Nicky Hilton put her personal spin on the Duchess’ dress when she wed British banking heir James Rothchild in 2015 at Kensington Palace’s Orangery, wearing a custom design from Valentino.

The location of the socialite’s nuptials wasn’t the only similarity between the two ceremonies, as Hilton’s likeminded wedding gown similarly included a full skirt and floral lace embellishments covering the sleeves.

And while considering dress options for her 2014 wedding to Kaye West, Kim Kardashian reportedly consulted Burton, enlisting the designer to create a $2 million form-fitting take on Middleton’s gown.

Although Kardashian eventually opted for a Givenchy gown by West’s friend Riccardo Tisci, the design featured the same long lace sleeves as Middleton’s, with delicate flower embellishments dotting the veil.

Now that the newly single star is being courted by royals, as Page Six exclusively reported, perhaps she’ll be reprising the style at a royal wedding of her own someday.

Recent years have also seen a flood of fashions seemingly inspired by Middleton’s dress, with Kate Upton, Sophie Turner and Karlie Kloss among those who’ve the knot in dresses with stylistic similarities to the Duchess of Cambridge’s.

Like Middleton, however, Markle’s style included both a tiara on loan from the Queen and intricate hand-embroidered touches, particularly via her veil depicting flora from all 53 countries of the Commonwealth. 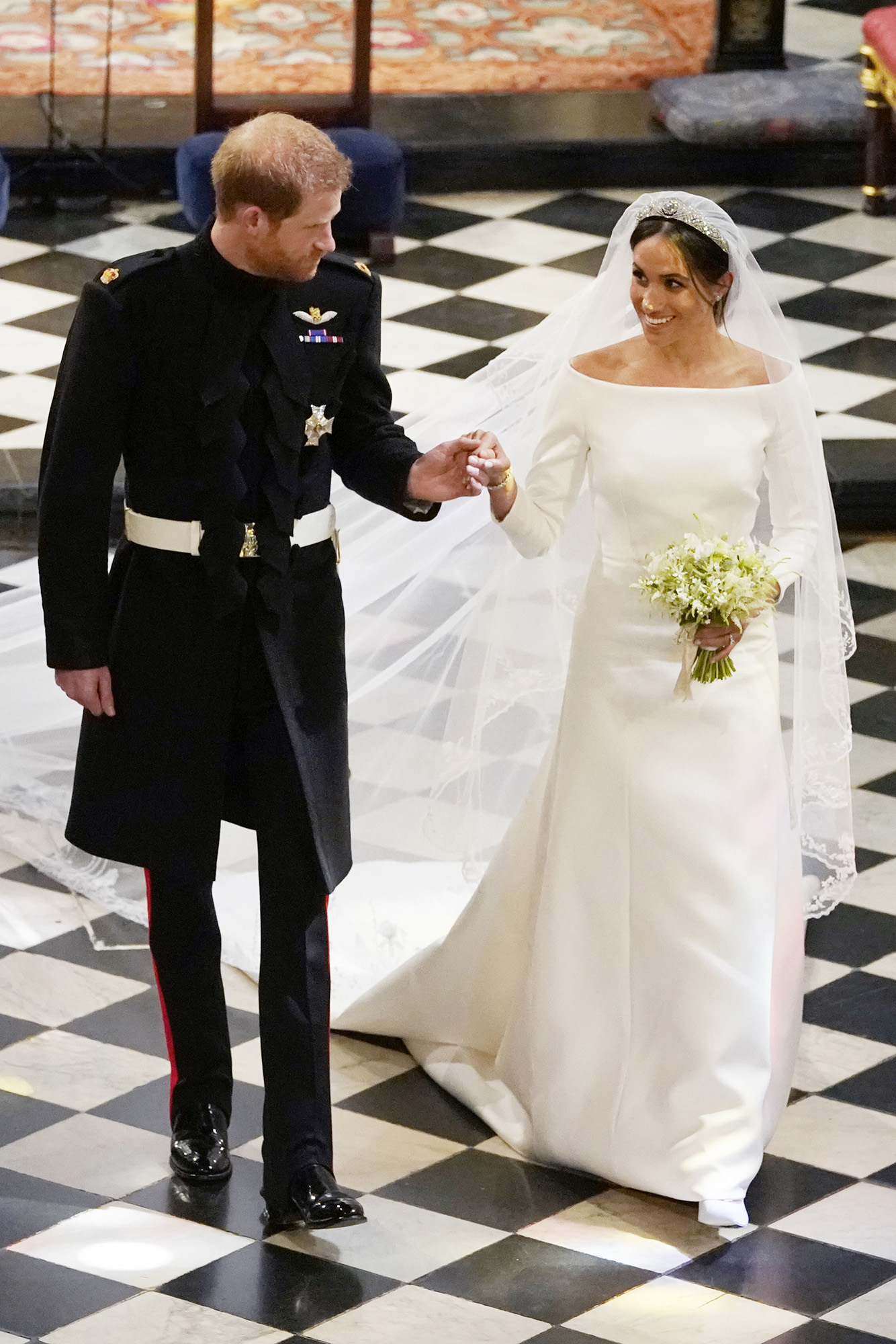 If you’re looking for your own Kate-inspired style, there are still a plethora of options available with smaller price tags.

High neckline not your cup of tea? Try Jenny by Jenny Yoo’s Veda Gown ($1,295), which puts a more skin-baring spin on the classic design.

With so many modern takes on the market — and with “Bridgerton”-themed weddings now on trend — its unlikely that dresses like the Duchess of Cambridge’s will be going out of style anytime soon.