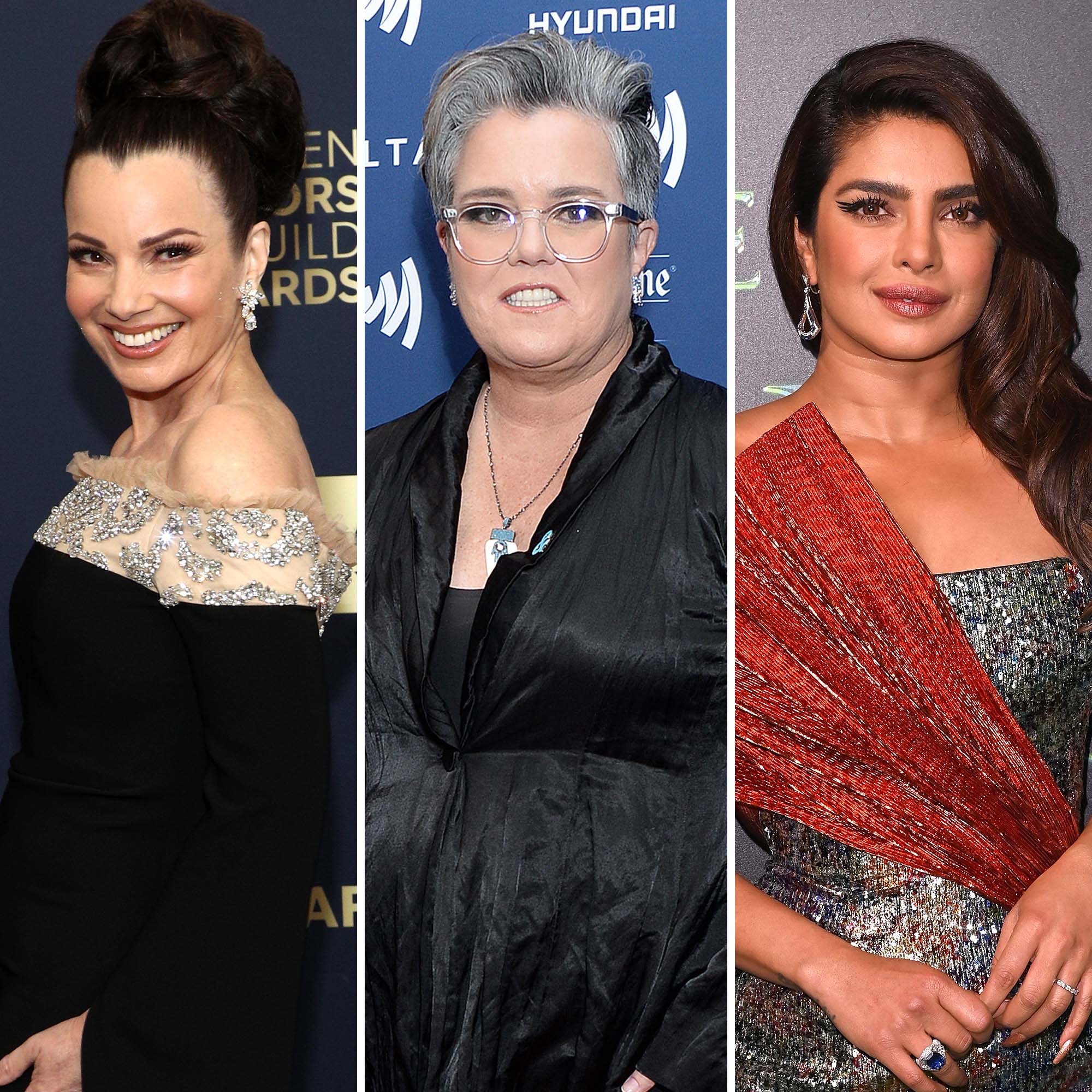 Katy and Zooey! Bryce and Jessica! See These Celebrity Look-Alikes

“Rosie is a very dear friend of mine, and she, ah, you know, sometimes regrets something she might have done because she would never want to hurt anybody,” the 64-year-old actress told Page Six on Wednesday, April 6.

The Nanny alum explained that the comedian, 60, is a “very good woman” who is known for being “fearless” while “fighting for the underdog.”

Who Knew! Lindsay Lohan Reveals the Correct Way to Pronounce Her Name

Drescher noted that O’Donnell has “tremendous character” and “goes to the mat when others wouldn’t.” The Happily Divorced alum added: “So yeah, you know, not knowing somebody’s name or something should be her greatest offense.”

O’Donnell turned heads in February when she detailed her awkward run-in with Nick Jonas and Chopra Jonas, 39, at Nobu in Los Angeles.

“I said, ‘Hi, Nick Jonas, you were great in Kingdom,’” the former View cohost recalled in a TikTok video at the time, before she then addressed the Quantico alum. “[I said,] ‘Hi, I know your dad.’ She goes, ‘You do? Who’s my dad?’ And I go, ‘Deepak.’”

O’Donnell revealed that the Baywatch actress corrected her, saying, “No, and Chopra is a common name.”

The A League of Their Own star proceeded to apologize to the couple in her TikTok video, saying, “Nick Jonas, I apologize, and to the Chopra wife, I apologize too,” which caught the Isn’t It Romantic actress’ attention.

“We ALL deserve to be respected for our unique individuality and not to be referred to as ‘someone’ or ‘wife’ especially in a sincere apology,” the former Bollywood star wrote via her Instagram Story in February. “If we can learn to respect our differences in an authentic way, the world we raise our children in will be amazing.”

Chopra Jonas pointed out that the apology felt impersonal, explaining, “If you wanted to make a public apology for a very awkward private encounter, I think probably best to take the time to google my name before doing it or even try to reach out directly.” (O’Donnell later used the actress’ name correctly in a second TikTok video, again apologizing for her faux pas.)

The Citadel star’s husband, 29, with whom she shares a 2-month-old baby girl, also came to her aid amid the controversy. “Well said my love,” Jonas wrote via his own social media page, resharing his wife’s message.