A four-bedroom cottage built by the Rothschild family banking dynasty in the 19th century has gone on the market for £1.85million.

Thrift Cottage in Tring, Hertfordshire, boasts a 56-foot swimming pool and hot tub, as well as a large conservatory and a Japanese garden with interlinking ponds filled with koi carp.

It was erected by the bankers, who ran their business in the area during the Second World War, after Lionel de Rothschild bought the Tring Park Mansion and estate as a wedding present for his son, Nathaniel.

The 17th century house was designed by Sir Christopher Wren, the same man who drew the plans for St Paul’s cathedral and the monument to the Wren library at Cambridge University. 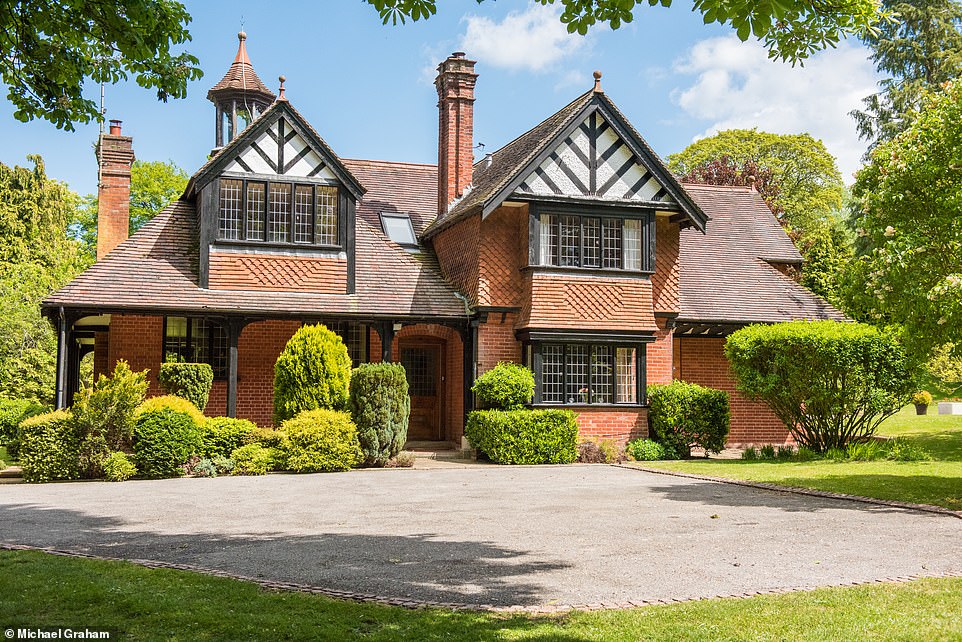 The property built by the Rothschild family banking dynasty in the 19th century has been put on the market for £1.85million 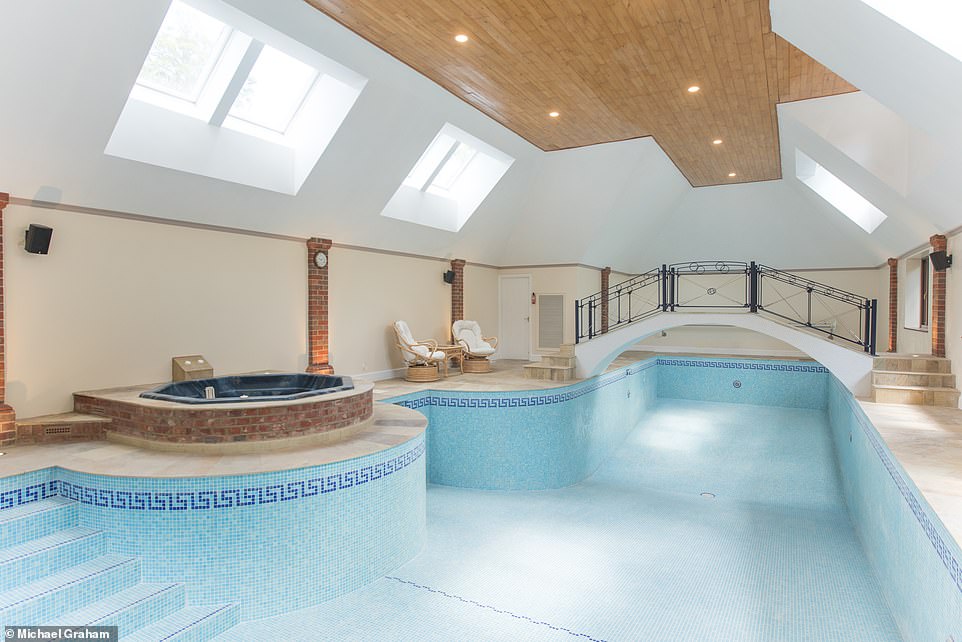 Thrift cottage in Tring, Hertfordshire, boasts a 56-foot swimming pool (pictured) with hot tub as well as a large conservatory and a Japanese garden with Koi Carp-filled interlinking ponds 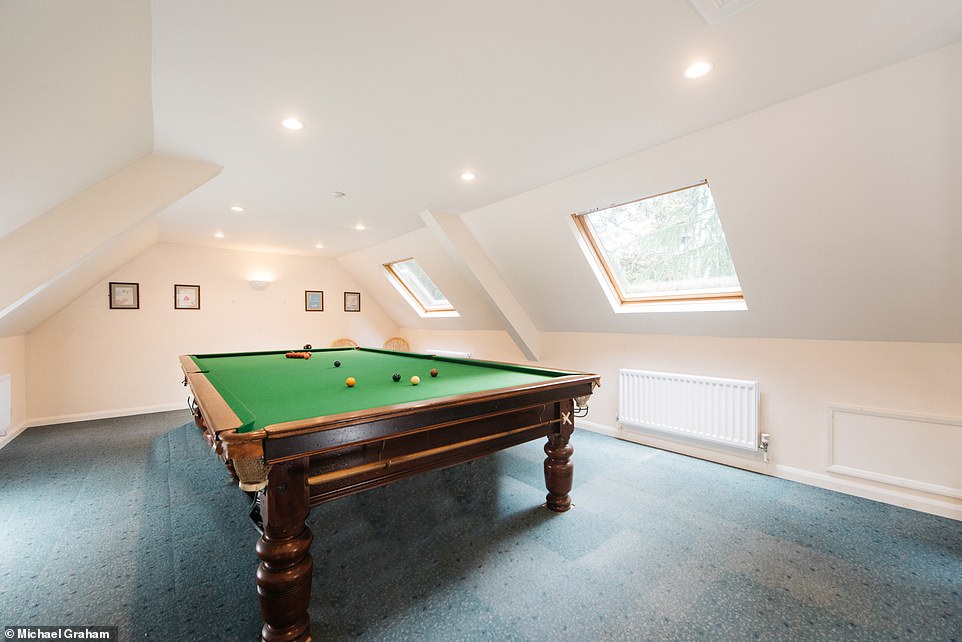 This image shows the games room, which currently contains a pool table, that is located above the detached garage 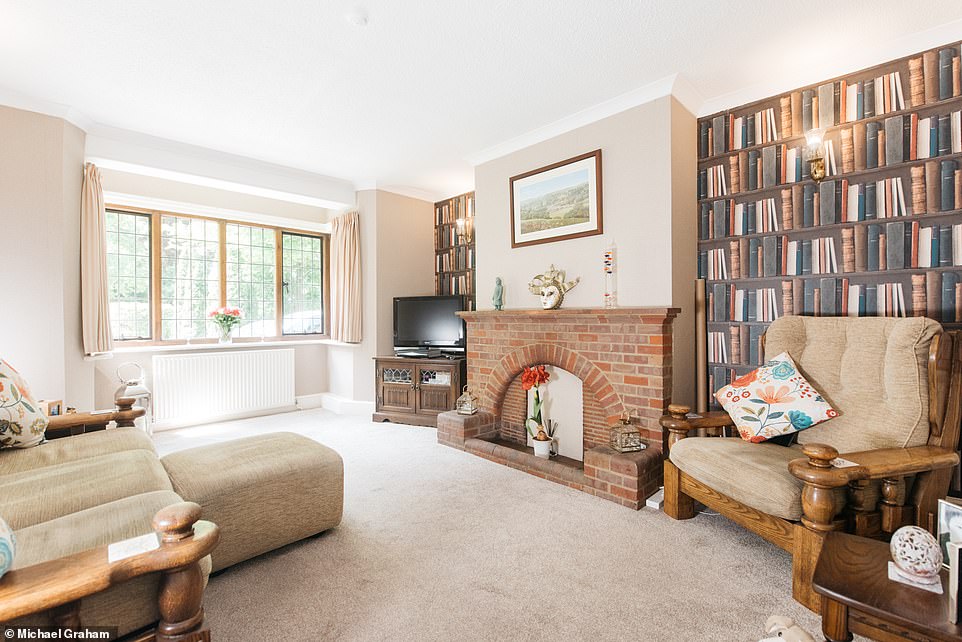 Another photograph shows another of the house’s four sitting rooms, which features wallpaper which replicates a fake bookcase

Stunning photos from the property, which is being sold by Michael Graham estate agents, show a large pool with a bridge over part of it next to a hot tub.

They also reveal a double-garage with games room above, spacious sitting room, and 1.84-acre garden with a mixture of modern and period features.

Floorplans also reveal that the house has three bathrooms and four sitting rooms.

The Rothschild family traces its lineage back to the 1760s when a member established their banking business in Frankfurt, Germany.

As the business grew, they managed to take their bank to four other great capitals in Europe: London, Paris, Vienna, and Naples. 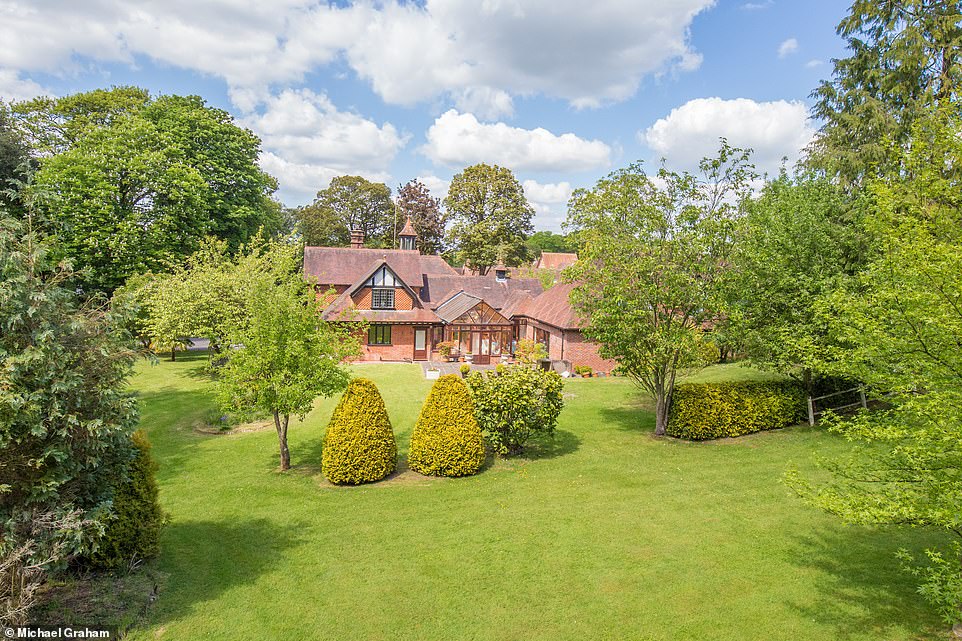 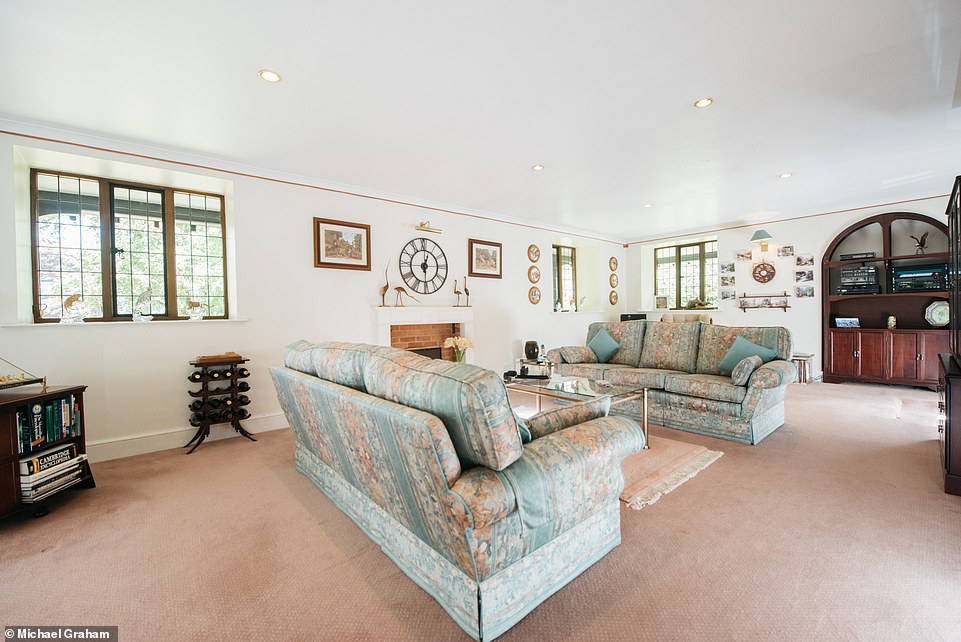 Stunning photos from inside the property reveal a sitting room and kitchen area. The house also boasts a double-garage with a games room above 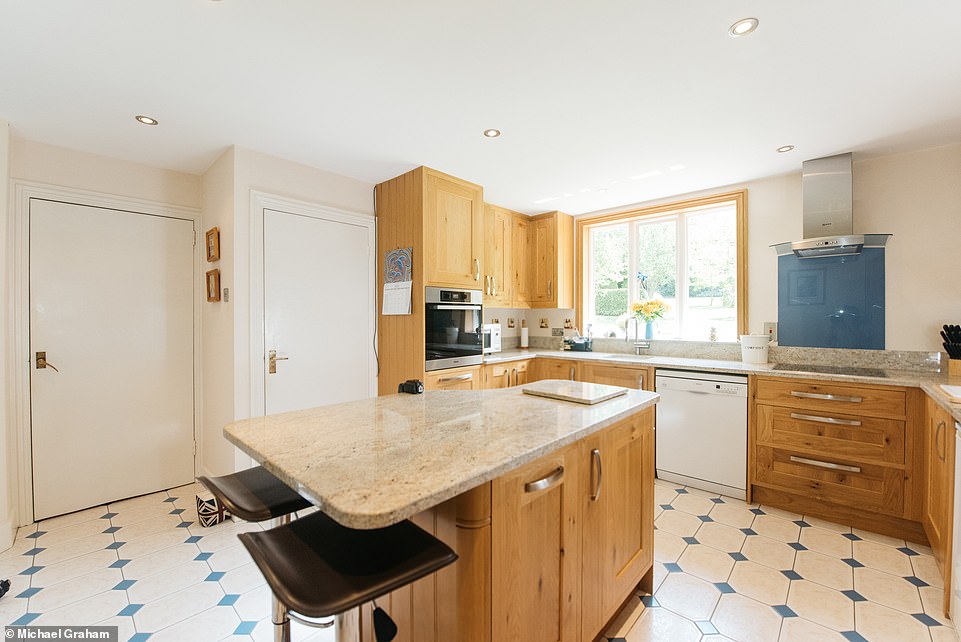 The house was built as part of the Home Farm development after the Rothschild family purchased the Tring Park mansion and estate. Pictured, the kitchen inside the property 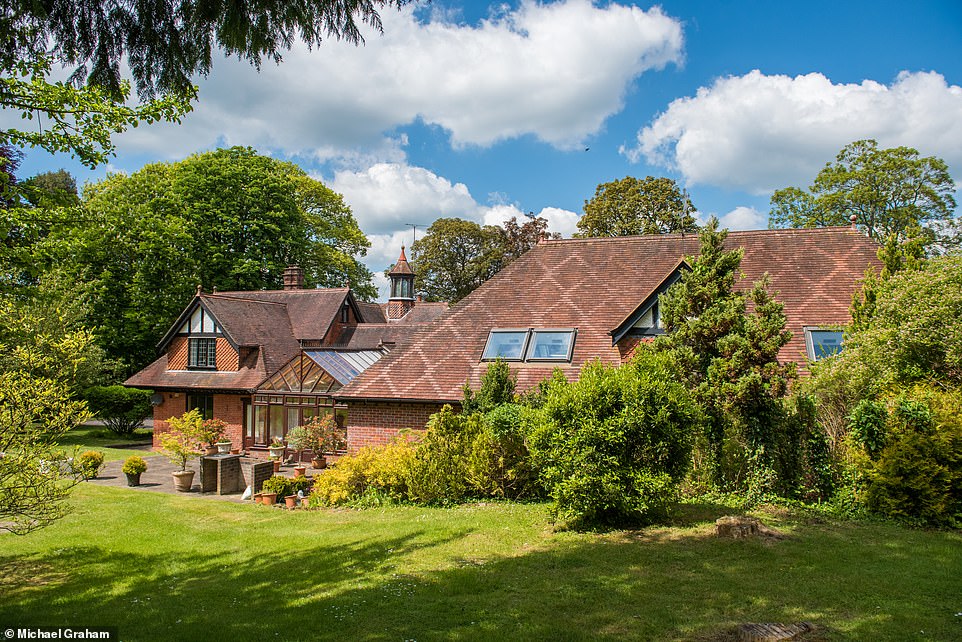 The house, which had the swimming pool and hot tub added by the current owners, sits in a glorious 1.84-acre garden 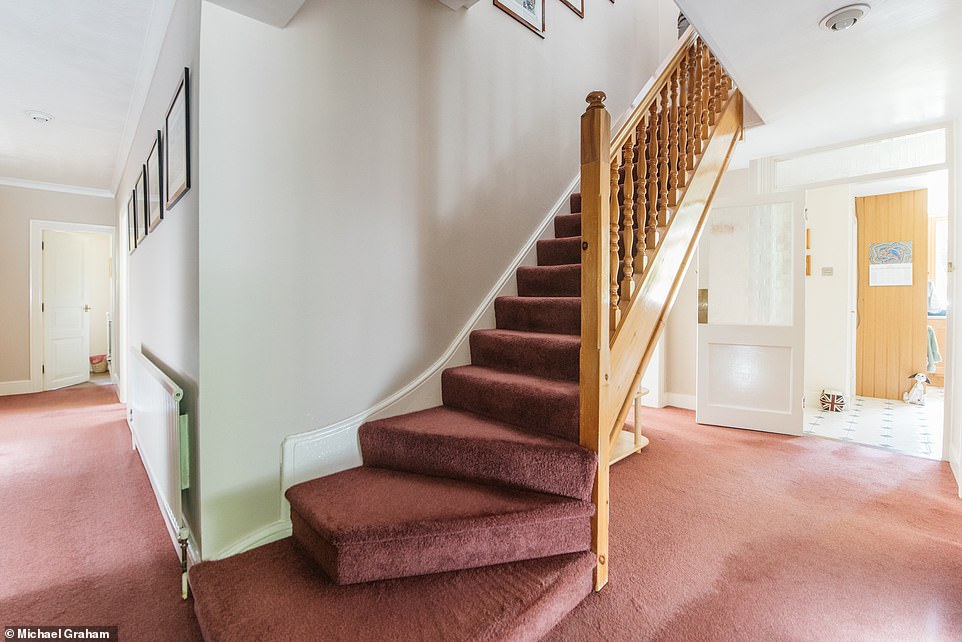 The main red-carpeted staircase in the property (pictured), leads to the four bedrooms upstairs

They first came to Hertfordshire in 1838, when Nathan de Rothschild started renting the Tring Park mansion as a summer home.

Lord Rothschild’s family lived and grew up at the park until the death of Lady Rothschild in 1935. It was then used by the bank during the Second World War before being taken over as an Arts Educational School.

The Woodland Trust said that after the Rothschilds purchased the house at auction for £230,000 – or £15million today – they made several alterations including the demolition of two outdoor pavilions.

The family left their mark on the area, with their funds being responsible for designing the local pub and setting up the area’s Natural History Museum. 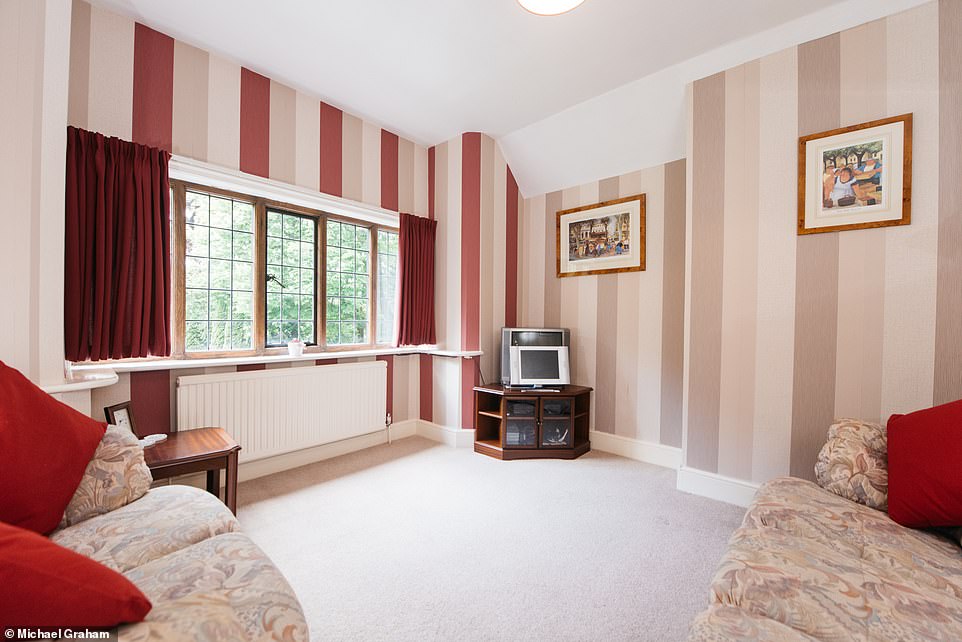 This is one of the sitting rooms in the house, which is complete with a large window looking out over the 1.84-acre garden 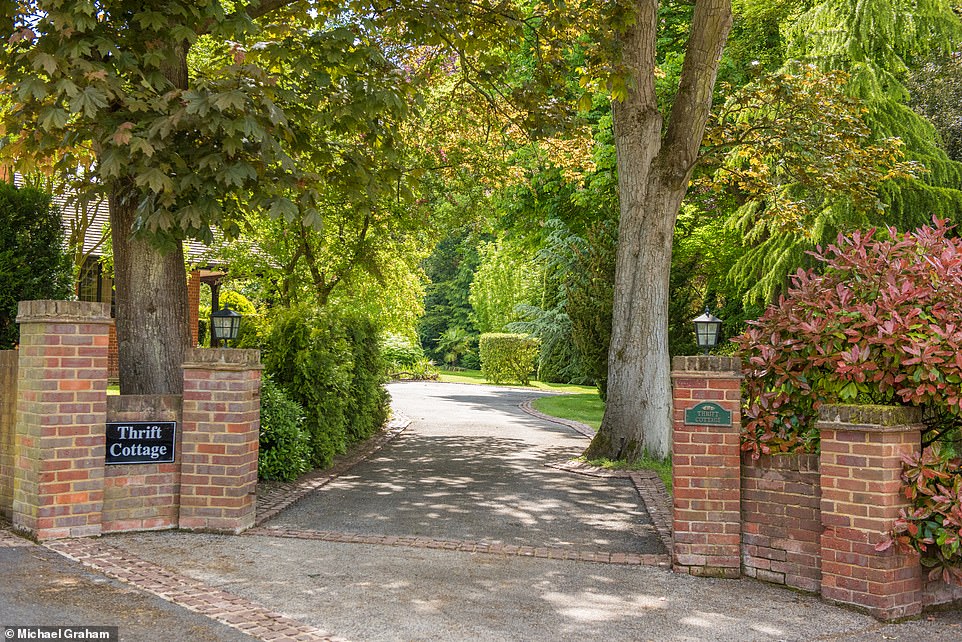 The property also has a large double-garage with games room at the front of the house (Pictured: The entrance to Thrift cottage) 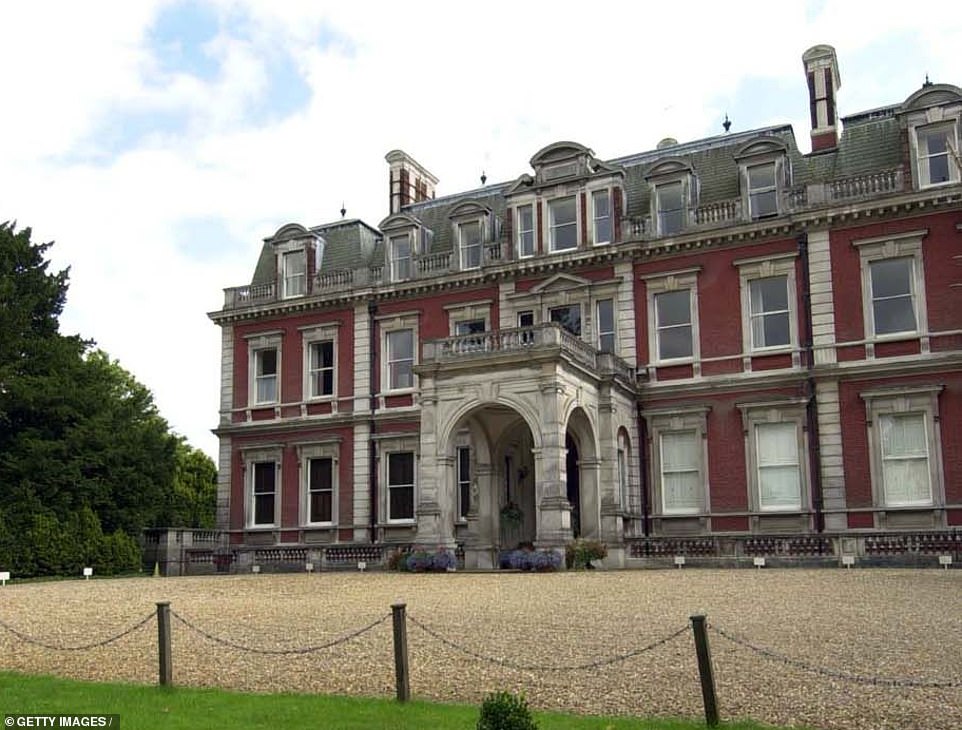 The Rothschild family first came to the area in 1838, when they rented out the Tring Park mansion (pictured) as a summer holiday home. It was later bought by the family and has now become an Arts Educational School